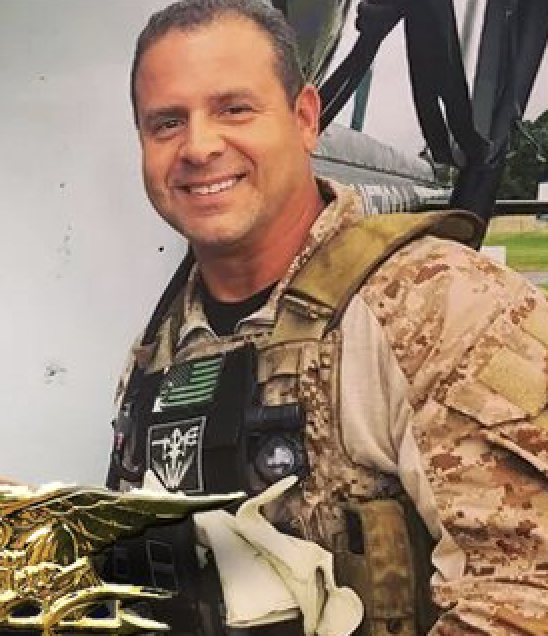 Lieutenant Commander Delgado is a retired United States Navy SEAL with active and reserve service for over twenty-nine years.  In 2006, he was mobilized and served a combat tour in Ramadi, Iraq with SEAL Team THREE receiving a Navy Commendation Medal with Combat “V”.   He has served with SEAL Teams TWO, THREE, FOUR, EIGHTEEN and Special Operations Command Central and South.  He has participated in tours of duty in the Middle East, Europe, Africa and South America. Mr. Delgado also serves as a Special Agent with Homeland Security Investigations, Palm Beach County, Florida as well as serving as an active member of the Board of Directors at the National Navy SEAL Museum. Mr. Delgado is married to Michelle Delgado, and has one daughter (Isabella).