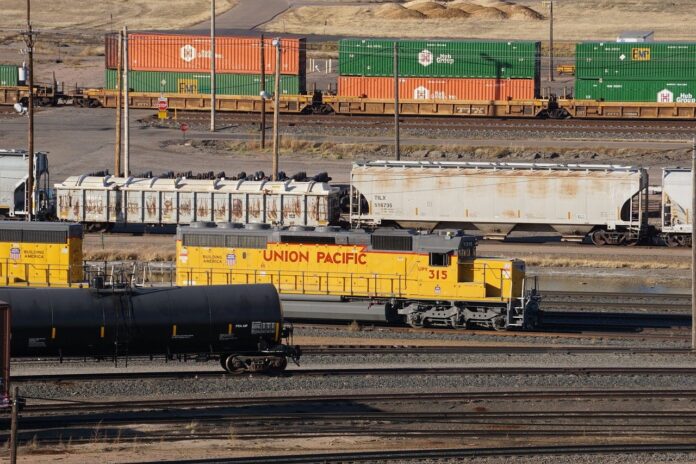 U.S. Customs and Border Protection (CBP) unveiled a $46 million dollar initiative on May 12 to enhance the security and efficiency of rail cargo inspections at locations throughout the United States.

Under the initiative, CBP will replace aging rail scanning systems at twelve rail ports of entry on the U.S. southern and northern land borders with high energy rail scanners. The new scanners use linear accelerators to generate X-rays from electricity rather than radioactive isotopes, producing high-quality images that support faster and more secure cargo inspections.

“Non-intrusive inspection technology is a force multiplier that allows CBP officers to safely and more efficiently process U.S.-bound cargo,” said William A. Ferrara, Executive Assistant Commissioner of the CBP Office of Field Operations. “The high-quality images produced by the new rail cargo scanners will enhance CBP’s efforts to interdict stowaways, deadly narcotics, and other contraband while facilitating the flow of lawful trade.”

CBP will install the new scanning equipment at the following locations, which process approximately 60 percent of the rail cargo imported into the United States:

The installation and testing of the new scanners are expected to begin in fall 2021 and will increase the efficiency of commercial rail inspections.

CBP employs strict safety measures to protect the health and safety of local communities and the agency workforce at all times. The new scanners will generate X-rays only when trains are present. CBP will install shield walls, fencing, and signage at project sites in compliance with the safety and performance requirements specific to each location.