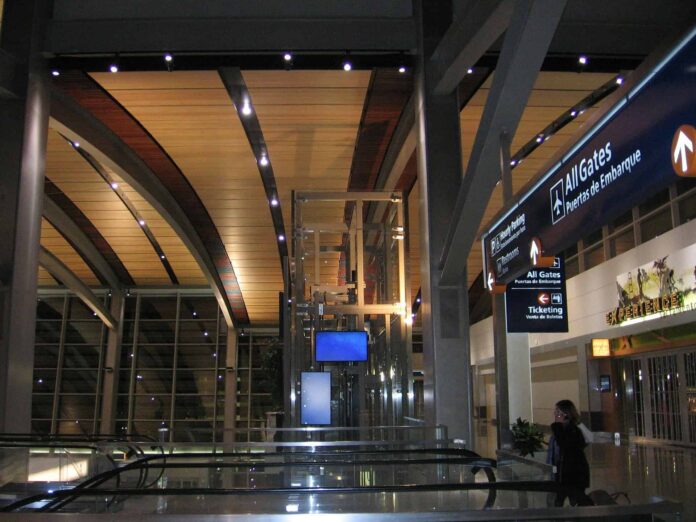 The fiscal year 2017 report on visitors to the United States who overstayed entry-and-exit permissions pegged the overall rate during the period at 1.33 percent, with the greatest percentage of violators coming from the student or exchange visitor pool.

The Department of Homeland Security submitted the report to the leaders of the House and Senate Judiciary and Homeland Security committees and released it to the public Tuesday, studying foreign travelers who did not enter the country as immigrants but were expected to depart before the end of the fiscal year. This includes temporary workers and their families, students, exchange visitors, those visiting the U.S. for vacation, temporary visitors for business, etc.

There were 52,656,022 non-immigrant admissions through air and sea ports that fit these specifications within their fiscal year. There were 701,900 overstays.

“The U.S. government is using a multifaceted approach to enforce overstay violations, including improving entry and exit data collection and reporting, notifying visitors of an impending expiration of their authorized period of admission, canceling travel authorizations and visas for violators, recurrent vetting of many nonimmigrants, and apprehending overstays present in the United States,” DHS said.

The overstay rate from visa-waiver program countries was just 0.51 percent — with the greatest overstay rate violators Portuguese at 1.81 percent, Hungarians at 1.55 percent and Greeks at 1.25 percent — while that number jumped to 1.91 percent on average when counting just countries outside the VWP.

Of those here on an F, M, or J student or exchange visa, 4.15 percent of the 1,662,369 people admitted ended up staying past their scheduled departure days.

Looking solely at travel from Mexico or Canada via air or sea, the overstay rate for Mexicans was 1.63 percent and the rate for Canadians was 1.01 percent of visitors staying past their expected departures. DHS said it “is currently working to improve its monitoring capability for land” ports of entry to be able to eventually provide those figures, as well.

The rate of suspected in-country overstays was 1.15 percent overall, or 606,926 — a decline from the 1.25 percent rate recorded the previously fiscal year.

“Determining lawful status requires more than solely matching entry and exit data. For example, a person may receive from U.S. Customs and Border Protection (CBP) a six-month admission upon entry, and then he or she may subsequently apply for and receive from U.S. Citizenship and Immigration Services (USCIS) an extension of up to six months,” the report notes. “Identifying extensions, changes, or adjustments of status are necessary steps to determine whether a person has overstayed their authorized period of admission.”

DHS stressed that it expanded its mission over the fiscal year on visa overstays.

“In addition to further developing a vetting unit responsible for assisting the review of Out-of-Country overstay leads, CBP started a notification process for VWP travelers who overstayed their period of admission in the United States, emailing them regarding their non-compliance and informing them of the ramifications of their violation,” said the report. “In FY 2018, CBP also began notifying VWP travelers in advance of the end date of their period of authorized admission. CBP plans to further expand these notifications to additional populations. Additionally, DHS began requiring VWP countries with an overstay rate equal to or exceeding two percent to implement a public awareness campaign intended to educate their nationals on the importance of abiding by the terms of their admission to the United States.”

DHS found no sole specific cause for a decline in the overstay rate, but said contributing factors likely include “improvements in immigration enforcement, and border security operations, and country-specific changes to political, infrastructure, or humanitarian conditions.”