Elbit Systems has started operating the maritime UAS patrol service available to countries in the European Union (EU) under a contract between the European Maritime Safety Agency (EMSA) and the Portuguese company CEiiA. Iceland is the first EU country to use this particular long-range UAS patrol service. The Icelandic maritime authorities based the Hermes 900 Maritime Patrol operation at the Egilsstaðir airport in the East of the island, from which maritime UAS patrol has the capability of covering more than half of the Icelandic Exclusive Economic Zone (EEZ). 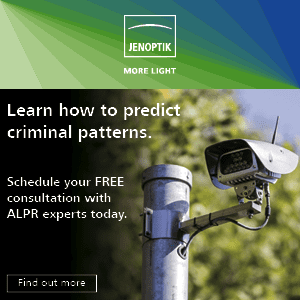 Kenya is of strategic importance in the fight against wildlife crime due
A worrying trend is developing in the arrest statistics, with children under
GrammaTech, a specialist in application security testing products and software research services,
Pangiam, a security and travel consulting services provider, has appointed Christine Tarrago
In 2017, Jones furnished cellular phones to one of the cooperating individuals,
Go to Top

The Federal Aviation Administration has opened the application period for

The researchers will rely heavily on machine learning and computational