A Tidal Wave of Cybersecurity Jobs 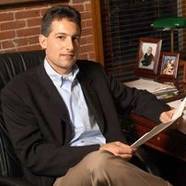 Crime involving computers and networks costs the world economy more than $445 billion annually, according to a 2014 report by the Center for Strategic and International Studies. And, all indications are that cybercrime will continue trending up in 2015. This escalation in cybercrime is fueling an explosive cybersecurity job market.

More than 209,000 cybersecurity jobs in the US are unfilled, and postings are up 74 percent over the past five years, according to a Peninsula Press (a project of the Stanford University Journalism Program) analysis of numbers from the Bureau of Labor Statistics. The demand for information security professionals is expected to grow 53 percent through 2018.

Demand for cybersecurity professionals over the past five years grew 3.5 times faster than demand for other IT jobs, and about 12 times faster than for all other jobs, according to a 2014 report by Burning Glass Technologies in Boston.

Channel Partners reported the Pentagon plans to triple its cyber workforce and that the FBI’s Cyber Division plans to hire 1,000 agents and 1,000 analysts. The Department of Homeland Security (DHS) is also hiring 1,000 cybersecurity professionals.

The FBI wants to grow to meet tomorrow’s challenges.

“We’re looking to hire a lot of cyber agents now,” said Robert Anderson, Jr., executive assistant director for the Bureau’s Criminal, Cyber, Response and Services Branch. “It’s an area where the FBI and the whole US government will be looking for this talent for years to come.”

Key requirements to be a special agent include passing a rigorous background check and fitness test. Agents must be at least 23 years-old and no older than 37. Prospective cyber special agents are expected to meet the same threshold as special agents, but also have a wealth of experience in computers and technology. Preferred backgrounds include computer programming and security, database administration, malware analysis, digital forensics and even ethical hacking.

It appears federal agencies, commercial enterprises and cybersecurity vendors are in a fierce competition for the top cybersecurity talent.

US News and World Report ranked a career in information security analysis eighth on its list of the 100 best jobs for 2015. Furthermore, the magazine reported, the cybersecurity profession will grow at a rate of 36.5 percent through 2022.

At the high end of the market are chief information security officer (CISO) jobs, with average salaries at larger corporations trending upwards to $300,000. Some Fortune 500 corporations are paying as much as $500,000 and more for experienced CISOs.