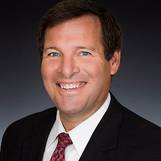 For most people, their experience with a piece of technology begins and ends in the fraction of a second where incomprehensible amounts of data manifest into an image, sound, or other entity that their brains can comprehend. Most have no idea how that data got there, where it came from or where it went after it disappears from their screen. Indeed, it’s the unseen, almost magical allure of what we don’t know about technology that perhaps makes it so appealing to so many.

But rest-assured, there is no potion that ensures your Outlook application pushes new email to your smartphone every morning, nor is there a book of spells dictating the commands of your hard drive. In reality, the mystery of technology is more like the act of navigating a ship. On the surface, steering and accelerating appear as simple as one sailor manning the wheel from the helm. In reality, however, the ship’s turning-ability, range and top speed are all predetermined by what’s going on below deck in the engine room — not what’s on the bridge.

Similarly, it’s the capability of the network infrastructure that ultimately determines the performance of the technology that lives on top of it. Whether an agency is dealing with groundbreaking cybersecurity software or a portal to data stored in the cloud, it depends on the network to properly function.

Yet, even though it’s perhaps the most integral piece of the IT puzzle, the network all too often goes overlooked. Nowhere is the need for a greater focus on the network more real than in the federal government, where a push to adopt cutting edge technologies is exposing dated, underpowered networks that were never conceived nor expected to handle massive workloads at government organizations small and large. Unfortunately, agency CIOs need not look further than the fiasco at the Office of Personnel Management to witness what happens when that system fails.

Luckily, by embracing the New IP, an industry term for an innovative approach to networking that is software-enabled, user-centric and based on open standards, federal agencies can ensure these new technologies are being used at their true potential. A 2015 New IP study conducted by Market Connections, Are Agencies Ready to Adopt the New IP? found while many agencies are on their way to the New IP, there is still much work to be done.

For federal organizations, network modernization is a real, mission-critical endeavor central to the goals of every federal agency. It is also an effort that, if left ignored, will have huge ramifications on the ability of agencies – the Department of Homeland Security (DHS) included – to successfully accomplish their missions. As DHS considers uses of some of the most cutting-edge technologies entering both the federal and commercial space, including wearables and Internet of Things (IoT) connected devices, modern, New IP networks are undeniably critical.

The federal networks that support some of the nation’s most critical resources are in need of a major overhaul. Emerging technologies like cloud computing, big data, IoT, mobility and wearables generate additional data traffic, straining the legacy networks currently in place. These technologies offer huge benefits to DHS and the next generation first responder, but also demand a modern network infrastructure for their effects to be truly realized. Not only do these technologies offer important benefits, but many agencies don’t have a choice in adopting these technologies, as many are mandated. Initiatives like Cloud First and Federal Data Center Consolidation are extremely difficult to execute, if not impossible, for agencies whose network infrastructure is not up to the task.

The New IP survey confirmed that the networks intended to support these emerging technologies are in many cases inhibiting them.Startlingly, the survey found less than 15 percent of the 200 federal IT managers surveyed felt their agency’s current network infrastructure is able to fully support simple, scalable and agile solutions for moving and managing data. This should be a basic requirement of any network infrastructure, not a rarity as it has become.

What is keeping agencies from implementing the network technology they need? According to the survey, budget constraints, limited internal resources and expertise were cited as the top challenges agencies face.

The federal government needs to rapidly transition to the New IP. This networking approach supports emerging technologies and allows agencies to tap into the unlimited possibilities they offer. Luckily, the survey also found agencies are on their way to transitioning to the New IP by incrementally adopting these initiatives: move to open standards, implement multi-vendor networks, deploy Ethernet fabrics, initiate software-defined networking (SDN) and network functions virtualization (NFV).

The New IP represents a more innovative approach to networking – one that is software-based, including SDN and NFV. While many agencies are on the way, with 88 percent of respondents noting they have deployed virtualized services on their network, many growth opportunities remain. According to the Market Connections survey, 70 percent of respondents are currently considering, planning or have moved to an SDN environment.

The federal government can realize many benefits from moving to such an environment, particularly in terms of cost savings. In fact, an IDC report recently showed NFV may cut as much as 8.9 percent from total budgets. SDN can provide cost savings as well. Deloitte Consulting predicted that taking advantage of SDN may reduce networking costs by as much as 50 percent, and cut 7.5 percent from total IT budgets. With these potential cost savings in mind, elements of the New IP are projected to save the federal government as much as $7 billion over the next five years.

Further, modern networking technology also has the ability to significantly reduce maintenance costs, addressing a serious budgetary challenge. According to a Gartner report, by incorporating new technology, government can reduce maintenance costs by as much as $3.34 billion over the next five years. At present, the federal government spends as much as 80 percent of its IT budget on maintaining legacy technologies, or between $4 and $6 billion per year on maintenance of network infrastructure alone.

Savings aside, software-enabled networks accelerate the rate of innovation through greater automation and programmability. They serve as the critical foundation for important initiatives like DHS’ Continuous Diagnostics and Mitigation (CDM) by increasing the network’s ability to support sensor capacity and prioritize risk alerts – tasks that depend on a strong network to facilitate the transfer of information among civilian agencies.

For those not ready to make the leap to SDN, network fabrics are key. Ethernet fabrics, a stepping stone to SDN, enable agencies to deploy capacity as much as five times faster, and increase network utilization by up to 200 percent, allowing agencies to more quickly scale to meet capacity demands. Luckily, the New IP study revealed more than four in five respondents have either implemented or are currently considering Ethernet fabric technologies for their data center. Those who have adopted Ethernet fabrics cited benefits such as easier network management and improved scalability. With Ethernet fabrics in place, agencies can easily transition to SDN and NFV architectures.

Even with today’s best networktechnologies in place, agencies need to ensure they’re prepared for new innovations of tomorrow – and open standards are one way to make sure this remains a possibility. Open standards and open APIs are important attributes of the New IP, preventing agencies from becoming locked in to one platform or technology and allowing for the use of multi-vendor networks, which encourage cost savings and innovation through collaboration and competition.

Multi-vendor networks also offer another opportunity for agencies to save. According to Gartner, multi-vendor networks, enabled by open standards, can save agencies as much as 15 to 25 percent over a five-year period. Agencies like the Department of Commerce, which recently awarded its first multi-vendor, multi-manufacturer enterprise-wide networking contract, is expected to save up to $25 million over the next five years. Commerce is not alone in pursuing these savings. In fact, 94 percent of infrastructure independent agencies saved money through multi-vendor networks.

The network is the critical backbone upon which entire IT environments are built. While the breach at OPM was complex, and the challenges it raised are numerous, there’s no doubt that dated, underpowered, inflexible legacy infrastructure was a common denominator. It has been suggested that the office’s effort to deploy advanced encryption technology was in vain due to the agency’s aging systems.

Agencies that continue to pile complex, data-hungry tools and applications on under-equipped networking infrastructures are doomed to fail in their mission to deliver digital services and support to citizens and warfighters alike. Federal networks must be modernized to support the technologies necessary for the successful execution of agency missions.