Tripp most recently served as a supervisory inspector in the Inspection Division at FBI Headquarters in Washington. 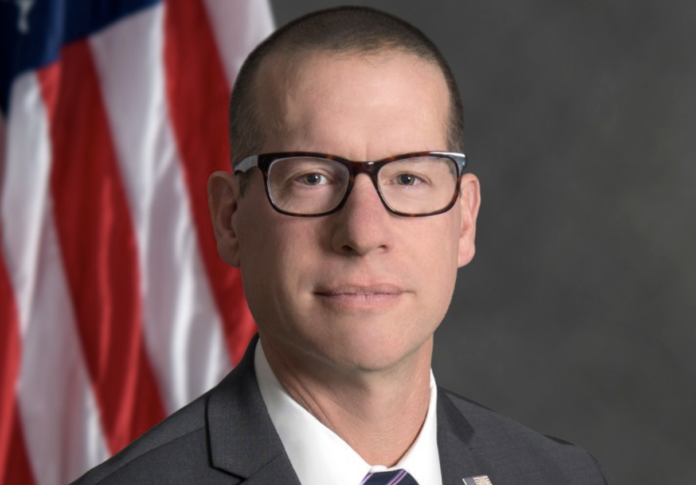 Director Christopher Wray has named Robert K. Tripp as the special agent in charge of the San Francisco Field Office. Mr. Tripp most recently served as a supervisory inspector in the Inspection Division at FBI Headquarters in Washington.

Mr. Tripp joined the FBI as an intelligence research specialist in 1998 and worked transnational organized crime in the Criminal Investigative Division at Headquarters. He was selected as a special agent in 2003 and was assigned to the St. Louis Field Office to investigate public corruption and white-collar crime.

Mr. Tripp was promoted to supervisory special agent in 2012 and worked in the Director’s Research Group at Headquarters, which prepares the director for meetings, conference, and events. In 2014, Mr. Tripp transferred to the Sacramento Field Office in California and supervised a public corruption and civil rights squad. He later supervised a squad responsible for violent crime and violent crimes against children as well as the Fairfield Resident Agency, a Sacramento satellite office.

In 2018, Mr. Tripp was promoted to assistant special agent in charge of the Sacramento office and was responsible for all investigations of criminal and cyber threats. He was also responsible for the criminal squads in all seven of Sacramento’s resident agencies. As ASAC, he also served as the acting commander of the newly established Sacramento Organized Crime Drug Enforcement Task Force.

Mr. Tripp was promoted to inspector in 2021 and returned to Headquarters. The Inspection Division conducts internal investigations, reviews operational performance and how the FBI conducts investigations and other authorized activities, and conducts special inquiries.