A City’s Journey to Smart Solutions: Birth of the Privacy Advisory Commission in Oakland

Addressing privacy concerns of citizens is key to the success of smart-city programs. 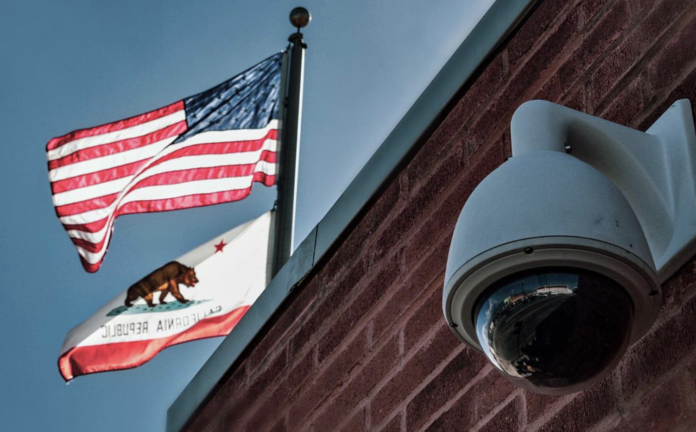 This article is the first in a series that follows the City of Oakland’s journey to balance privacy and security in the aftermath of a public safety crisis – from the formation of the first citizen-led privacy commission in the nation that was created in response to planned expansion of surveillance throughout the city, to a bottoms-up, citizen-led initiative from one district to deploy smart surveillance technology throughout all districts of the city.

Each city’s path toward leveraging smart technologies to improve efficiency and the quality of life is unique, but when it comes to initiatives involving surveillance cameras, public pushback over privacy concerns has certainly been a common thread in numerous cities. Citizens have both blocked such initiatives over privacy concerns, and also pushed the drive to implement surveillance themselves – within the same city itself.

This article series follows the long, twisted journey that the City of Oakland took to where it is today and starts with its first attempt at citywide surveillance, which was shut down as a result of privacy concerns, to how it arrived to the state of it today – by way of citizens who wanted to implement surveillance technology because of a public safety crisis, and how they overcame restrictions from the privacy commission that had blocked them for years. The cultural influence impacts felt within one community of one district set in motion the spread of surveillance to all other districts in the city.

To understand how it all started, one must begin with the origins of the country’s very first privacy commission that took root in Oakland, Calif., in 2014 as the result of a protest campaign against the planned expansion of the Domain Awareness Center (DAC), a surveillance hub for the Port and City of Oakland located at the Emergency Operations Center that began with a grant from the Department of Homeland Security (DHS) to secure the port from terrorist threats and to lower crime.

The port security grant funding had come from the American Recovery and Reinvestment Act of 2009 (ARRA), and after approval of the $2.9 million grant for the joint City-Port DAC in 2009 the funds were received and spent by the Oakland City Council within one year. In 2012, after final documents were signed and requests for proposals were sent out for the first phase, protests erupted in 2013 when citizens learned of plans to expand surveillance from the port to the city through data aggregation from public and private security cameras, automated license plate readers (ALPRs) and other surveillance technologies.

It was just after the City Council had unanimously passed the DAC and started to move forward with the second phase. But opposition had grown in the city. The response of city officials who supported the DAC was that the surveillance center was intended to help the city deal with rampant problems of violent crime. But later, leaked emails, meeting minutes and public documents also showed its ability to monitor and track protesters. The very next year, in 2014, the City Council voted 5-4 (with Jean Quan, mayor of Oakland at that time, casting the deciding vote) to limit the scope of the DAC to just the port – four years after spending the funds from the DHS grant for a joint City-Port DAC.

Citizen concerns over the DAC’s implications on privacy resulted in an eventual agreement to form an Ad Hoc Advisory Committee to develop a privacy and data retention policy for the DAC. Key privacy activists who pushed for the formation of a standing body to revolve privacy issues that were raised by the DAC and also pertaining to other city matters included remaining members of the Occupy movement who had turned their focus to militarization and surveillance issues when the Occupy movement slowed down. The committee recommended the establishment of a permanent standing privacy commission to develop and advise on citywide privacy concerns, and in 2016 the committee was formally established as the permanent Privacy Advisory Commission (PAC).

The PAC has since advised the Oakland City Council on the city’s purchase and use of surveillance equipment and other technologies. Their duties also include drafting model legislation and policies relevant to privacy and data for the City Council to consider, providing analysis of legislation related to citizen data collection, submitting annual reports, conducting meetings and using forums for public input.

Addressing privacy concerns of citizens is key to the success of smart-city programs. Until recently the PAC was the only privacy commission of this kind in the nation. Other cities such as San Diego[1] have since looked to Oakland for inspiration as they started to form their own surveillance ordinances, while other cities have emulated other city models.

But beyond holding the distinction of being the first, what makes Oakland’s PAC quite distinctive is that the commission gives a select few citizens an important role and the ability to advocate for policies relevant to privacy, whereas in many cities such privacy issues are overseen and governed by government officials. Oakland’s PAC has an extremely broad charter to “review any and all city policies and regulations through a privacy lens,”[2] giving this commission composed of all civilians wider-reaching oversight and influence than in any other U.S. city.

In Oakland, the nine individuals who serve on the PAC are appointed to overlapping terms that transition into self-appointing terms that can last up to three terms for a total of nine years. Brian Hofer, who has been the longstanding chair of the PAC since its inception in 2014, most recently in September 2021 made the “unusual legal move” for a city commission’s chair to sue the City of Oakland, the Oakland Police Department (OPD), and the City Attorney’s Office. As emphasized by Hofer himself, he is suing as an individual and not as the chair of the PAC, although his lawsuit demands that the OPD submit records to the PAC. In the lawsuit he claimed that the City Attorney’s Office and OPD had violated Oakland’s surveillance ordinance (specifically in regards to the department’s use of ALPRs) and the state Public Records Act by not producing all documents and records that the PAC had asked for to review.[3]

Hofer’s lawsuit contended that the PAC oversight model was failing due to a lack of trust; because they could not trust that the city departments were providing them with all the information that they wanted, they (the nine civilians who serve on a volunteer basis on the PAC) needed full-time staffers on their side to gather information and deal with city officials and hold them accountable to the PAC (as they themselves were unable to research the information due to lack of time and resources). The situation had become so frustrating due to a lack of transparency and time that two commissioners considered resigning.

John DeVries, Oakland’s Chief Privacy Officer (CPO), expressed that he did not think the OPD and city departments were intentionally trying to hinder the PAC. But the current situation raises serious questions about the effectiveness of the PAC model. To compare Oakland, with a PAC composed of nine volunteers responsible to oversee all city purchase and use of surveillance technologies, to Seattle: in Seattle’s Information Technology Department, the CPO has a staff of 18 with three full-time employees focused on surveillance ordinance issues of the city.

The wavering sentiments over the success of the PAC oversight model and the backtrack voting of the City Council on the matters of the DAC and surveillance technologies have not been the only fluctuating variables affecting public safety in Oakland over the years. The nationwide push to defund the police in the aftermath of the murder of George Floyd and the succeeding protests swept through many cities across the U.S. including Oakland – but the Oakland City Council’s plan did not go as intended.

To follow the turning path of how the city went from blocking citywide surveillance to allowing surveillance to be deployed across the city, a look at changing circumstances that impacted public safety in the City of Oakland comes next in this series.