Assessing the Risk to Soft Targets from Malicious Drones

Simple drones are easy to acquire, even for lone-wolf terrorists. An attacker can just go on Amazon and order a drone for a couple hundred dollars. 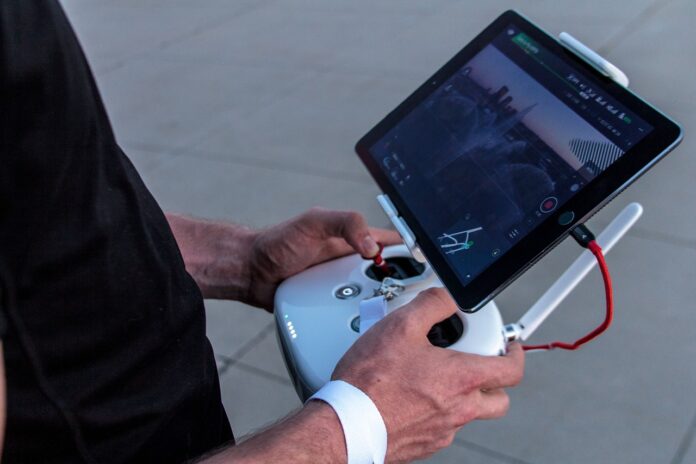 In Christchurch, New Zealand, in 2019, Brenton Tarrant attacked two mosques using multiple shotguns and rifles, killing 51 and wounding 40. The attack was far from the first on a soft target – targets where lots of people congregate, often with limited to no security measures. However, what made this attack unusual was the use of a drone. Specifically, Tarrant used a drone to conduct reconnaissance on the Masjid an-Nur mosque prior to the attack.

The Christchurch shooting is emblematic of the growing threat that drones pose to soft targets. Terrorists can use drones for planning and reconnaissance, to collect and distribute propaganda after an attack, or even as weapons in and of themselves. A major challenge that law enforcement and homeland security officials face is that not all soft targets are created equal. Government agencies tasked with protecting soft targets need to carefully parse the risk across threat, vulnerability, and consequence. That careful assessment should inform defensive approaches, including counter-drone testing, acquisition, deployment, and training.

Post-September 11 counterterrorism measures have pushed terrorists toward soft targets. After September 11, the United States government drastically increased security on a wide range of potential terrorist targets, from U.S. military bases to airports. However, limited resources and competing policy priorities mean that not every place where people congregate en masse can be protected. Installing metal detectors and placing bomb-sniffing dogs and armed guards at every church, concert venue, and school is just not practicable. At the same time, major efforts to disrupt and destroy terrorist networks has meant terrorist capacity is reduced. Complex attacks against hard targets are more difficult and do not mesh well with strategies like al-Qaeda’s “death by a thousand cuts.” So hitting soft targets makes a lot of sense.

As a result, terrorists are increasingly adopting drones as a terrorism tool. Aum Shinrikyo was the first to experiment with drones in 1994, though they ultimately did not use any. In the decades since, terrorist drone use has grown significantly. Terrorists have used drones to collect intelligence, spread propaganda, and carry out attacks. Drones offer terrorists both advantages and disadvantages when it comes to attacks. Drones can evade ground-based defenses and allow the terrorist to attack from a more secure area; however, drones also typically have limited payloads.

Drone threats to soft targets vary broadly. Drones may be used as reconnaissance for non-drone attacks, as the Christchurch shooter did. Drones might carry Raspberry Pis to carry out cyber espionage. Drones might carry bombs, flamethrowers, or chemical or biological weapons (real or hoaxed). Each approach requires very different terrorist motivations and capabilities – using a drone for reconnaissance is almost trivial, while a multi-drone attack using contagious biological agents would be quite difficult and appeal only to the most apocalyptic organizations.

Soft-target vulnerability should be assessed based on the characteristic advantages and disadvantages of drones. For example, a church may have few points of entry and exit, and during services they may be closed. By contrast, a stadium could have relatively few points of entry and exit too, but may also have an open-air roof through which a drone could directly drop. Stadiums often have ground-based defenses, so drones offer a real advantage in bypassing them. A drone could strike a large outdoor event (like a concert) from pretty much anywhere, but the limited payload of drones mean terrorists may still prefer other means of attack in such instances.

Vulnerability and drone defenses can also interact in complex ways. For terrorists, a big event like the Super Bowl is a target-rich environment. The stands may be filled end-to-end. A drone-dropped bomb does not need to be terribly accurate to cause mass harm. However, such events can also be expected to have much greater security, including counter-drone systems. By contrast, a minor game may have less security, but targeting could be more difficult. Large portions of the stands may be empty, and attendees may more readily flee or move throughout the space.

Technological advances can affect vulnerability as well. Most counter-drone systems on the market jam either radio-frequency or GPS signals. Many autonomous drones that do not require human operation may be immune to those defenses. Similarly, larger numbers of drones could be deployed to overwhelm the defenses. But more autonomous drones come with costs in reducing attacker flexibility, because they are limited to pre-planned flight routes.

Wannabe drone terrorists face significant trade-offs in payload sizes, costs, and acquisition difficulties. A typical hobbyist drone may only carry a pound or two. Heavy-lift drones can carry well over 50 pounds, with some even reaching a ton or so. But those can come with significant costs, reaching hundreds of thousands of dollars for the system. By comparison, the cost of renting a truck that can carry multiple tons is minimal. Additionally, recent mass shootings show terrorists can just buy a gun to achieve similar results: the 2017 Las Vegas shooter used various rifles to kill 61 and injure about 867 at a music festival.

Mass-casualty drone attacks are definitely plausible, but again can vary on the details and interact with threat and vulnerability in complex ways. Terrorists might use numerous drones to cause more harm, and better overwhelm defenses. In a 2013 attack, 13 drones attacked the Russian Khmeimim Air Base in Syria. The group who took responsibility claimed to destroy an S-400 missile launcher, though the Russian government denies this. Likewise, drones could potentially carry chemical or biological weapons payloads – commercial agricultural drones in particular could be quite effective in deploying those agents. Aum Shinrikyo explored this possibility in 1994, before settling on the Tokyo subway attacks. But these types of attacks are also much rarer, in part because they require much higher resources, planning, and skills to pull off. A drone attack with a nerve agent requires first obtaining the nerve agent – no simple task.

Simple drones are easy to acquire, even for lone-wolf terrorists. An attacker can just go on Amazon and order a drone for a couple hundred dollars. The challenge for law enforcement and homeland security officials charged with protecting soft targets is thus vastly more difficult. Officials should take a more nuanced approach, recognizing the significant variability in threats, vulnerabilities, and consequences. Security approaches should be tailored to the details of facility types, and closely informed by intelligence on the changing threat environment. President Biden’s proposal to create a common drone threat database could be quite helpful in building that understanding, especially if combined with common reporting structures to enable information sharing across local, state, and federal government agencies. Threat-informed planning scenarios should also inform testing, acquisition, deployment, and training around counter-drone systems. The terrorist drone threat to soft targets is growing; the United States should be ready.

Zachary Kallenborn
Zachary Kallenborn is a Senior Consultant at ABS Group, Policy Fellow at the Schar School of Policy and Government, a Research Affiliate with the Unconventional Weapons and Technology Division of the National Consortium for the Study of Terrorism and Responses to Terrorism (START), and an officially proclaimed U.S. Army "Mad Scientist." He has published over 50 articles in a wide range of peer-reviewed, wonky, and popular outlets, including the Brookings Institution, Foreign Policy, Slate, Terrorism and Political Violence, and Parameters. Journalists have written about and shared that research in the New York Times, NPR, Forbes, the New Scientist, WIRED, and the BBC, among dozens of others in dozens of languages.