Between January 2006 and July 1 this year, at least 375 incidents of smoke, heat, fire or explosion involving lithium batteries in air cargo or hold baggage have been recorded, according to FAA data. 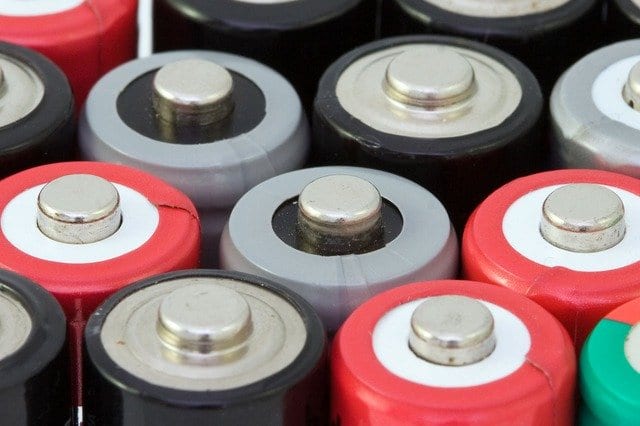 The International Air Transport Association (IATA) has called on governments to further support the safe carriage of lithium batteries by developing and implementing global standards for screening, fire-testing, and incident information sharing.

Lithium batteries are the primary power source for personal and portable electronic devices, but are vulnerable to combustion. Most people are not aware that lithium batteries are dangerous goods that can pose a safety risk if not prepared in accordance with  transportation regulations. Between January 2006 and July 1 this year, at least 375 incidents of smoke, heat, fire or explosion involving lithium batteries in air cargo or hold baggage have been recorded, according to FAA data. There are also multiple examples outside the U.S. For example, a United Arab Emirates Civil Aviation Authority report into the fatal crash in 2010 of UPS Airlines Flight 6 from Dubai to Germany concluded that a fire was caused by the autoignition of the contents of a cargo pallet, which contained more than 81,000 lithium batteries.

Consequently, there are procedures and packing requirements to adhere to when shipping them. However, such activity can be costly and some shippers mis-label or disguise the batteries in order to circumvent the requirements.

As with many products shipped by air, effective standards, globally implemented, are needed to ensure safety. The challenge now is the rapid increase in the global demand of lithium batteries. The market is growing 30% annually. This growth brings many new shippers into air cargo supply chains, and along with this comes new risk. Incidents of undeclared or mis-declared shipments is becoming an evolving critical risk.

IATA has long called for governments to step-up enforcement of safety regulations for the transport of lithium batteries, which it says should include stiffer penalties for rogue shippers and the criminalization of egregious or willful offenses. IATA is now asking governments to shore up those activities with additional measures.

First, IATA wants to see safety-related screening standards for lithium batteries, akin to those that exist for air cargo security, which could help provide an efficient process for compliant shippers of lithium batteries. IATA says it is critical that these standards and processes be outcome based and globally harmonized.

In addition, the association wants governments to develop a testing standard for fires involving lithium batteries to evaluate supplementary protection measures over and above the existing cargo compartment fire suppression systems.

Finally, IATA says that because safety data is critical to understanding and managing lithium battery risks effectively, better information sharing and coordination on lithium battery incidents among governments and with the industry is essential to help manage the risks.

Steve Karoly, former Acting Assistant Administrator of the Transportation Security Administration (TSA) and now Executive Vice President of K2 Security Screening Group, told Homeland Security Today that IATA is taking the right steps to develop safety-related screening standards and processes for the safe transport of lithium batteries. “Given the highly integrated ecosystem, these standards and processes must be introduced and synchronized across the aviation system for the effort to be successful. However, implementing standards is one thing, enforcing them is another,” Karoly said.

Some measures have been taken by airlines, shippers, and manufacturers to ensure lithium batteries can be carried safely. These actions have included updates to the Dangerous Goods Regulations and the development of supplementary guidance material, the launch of a Dangerous Goods Occurrence Reporting Alert System that provides a mechanism for airlines to share information on events involving undeclared or misdeclared dangerous goods, the development of a Safety Risk Management Framework specifically for the carriage of lithium batteries, and the launch of CEIV Lithium Batteries to improve the safe handling and transport of lithium batteries across the supply chain.

“Airlines, shippers, manufacturers, and governments all want to ensure the safe transport of lithium batteries by air. It’s a joint responsibility,” said Willie Walsh, IATA’s Director General. “The industry is raising the bar to consistently apply existing standards and share critical information on rogue shippers. But there are some areas where the leadership of governments is critical. Stronger enforcement of existing regulations and the criminalization of abuses will send a strong signal to rogue shippers. And the accelerated development of standards for screening, information exchange, and fire containment will give the industry even more effective tools to work with.”

Lithium batteries can pose a safety and security risk in the cabin as well as the hold. In June, during the deplaning process, an American Airlines passenger reportedly threw an open tray charger that contained lithium ion batteries used to operate an e-cigarette device into the jetway causing a dangerous evolution of heat.

In May, a Southwest Airline passenger’s checked bag was discovered to be on fire during baggage transfer. The bag was pulled off the transfer cart and extinguished. It was reported that the fire originated from a battery-charging tray containing six lithium ion batteries installed.

The FAA has countless other examples of passengers being careless with devices. A mobile phone becoming trapped between seats seems like a common and harmless occurrence, for example, but in several cases the batteries inside the phones have overheated, requiring airline staff to take emergency action to ensure the safety of the flight.

And in September 2020, TSA officers at John F. Kennedy International Airport pulled a bag for a search and determined it to contain two large electronics wired to what appeared to be a tampered power source. A TSA explosives expert was called to examine the item. It was deemed that the power component was hazardous because the passenger had tampered with and exposed multiple lithium batteries, which created a possible explosive device. The passenger explained that he had constructed a solar panel wired to the batteries to power his device because of the difficulties in finding batteries in the country he was ticketed to travel to.

In 2017, Orlando International Airport had to be evacuated, causing flight cancellations and delays, after a loud bang was heard coming from a passenger’s bag followed by smoke in the TSA line. A TSA officer acted fast and contained the bag which was safely searched after the airport was evacuated. Inside, officials found a lithium ion camera battery that had exploded, causing the bag to catch fire.

The challenge for the aviation industry is to strike the right balance between securing a known risk with passenger convenience now that such batteries power devices used in everyday life.

“Since 9/11, we have balanced security risks and passenger convenience on a daily basis,” Karoly said. “If we continue to allow passengers to use and transport lithium batteries on flights, we need to successfully mitigate the risks associated with that decision.

“As we learn more about incidents in which lithium batteries have caused issues on airline flights, that information must be shared with the aviation industry and the traveling public. When the number of cases increase, we will face tougher decisions as to what can be transported on passenger planes.”

Karoly said there is the possibility to screen for lithium batteries should this be required. “If there were a requirement today to screen for lithium batteries at security checkpoints, the technical community has the technology and aptitude to make that happen. New algorithms and/or the use of artificial intelligence (AI) would need to be implemented in both on-person screening systems and accessible property screening systems.”