COLUMN: The CHIPS and Science Act Strengthens Our Homeland Security 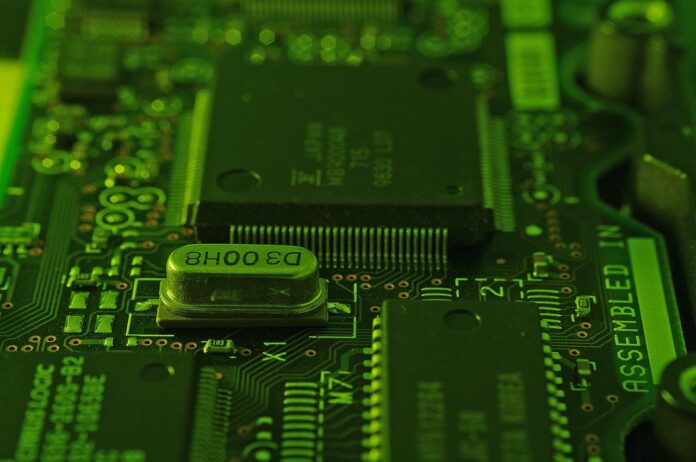 Last week, President Biden signed the bipartisan CHIPS and Science Act, following a long and arduous legislative process. The aim of the bill is to help protect the semiconductor supply chain from disruptions and defend against cyber threats, while also incentivizing the domestic semiconductor industrial base and stimulating research and development as well as workforce development for U.S. industry. This is a significant legislative achievement and one that demonstrates the important linkage between economic security – and industrial policy, more broadly – to our homeland security. By investing in American industry, the United States can become more secure.

One of the necessary advancements in our strategy to reduce the risk to the homeland has been a focus on changing the technological footprint for U.S. critical infrastructure and supporting supply chains to reduce reliance on China and other adversaries. Untrustworthy software and hardware – much of which can be linked to China – creates significant cyber vulnerabilities for the United States; at the same time, the potential loss of availability of critical technology components threatens national critical functions and community and business interests.

In recent years, across presidential administrations and majorities in Congress, there has been an increasing awareness that China is a homeland security threat. In an excellent 2020 report on Economic Security (https://www.dhs.gov/sites/default/files/publications/final_economic_security_subcommittee_report_1.pdf), the DHS Homeland Security Advisory Council (HSAC) found that “the evidence is overwhelming that China has successfully exploited supply chain vulnerabilities to the detriment of U.S. economic security” and that “encouraging American companies to cut costs by outsourcing their supply chain to China might have a cost … when we need those components the most, an adversarial Chinese government might decide to cut off deliveries.” The HSAC made a suite of recommendations to DHS leadership for addressing the China challenge organizationally, some of which have been adopted. The remaining ones need to be considered.

Reforming DHS and enhancing its programs, however, is not the main way to address the China industrial challenge to our security. Instead, it takes strengthening American industrial policy with economic security and national security in mind. This is particularly true when it comes to the semiconductor industry, which is one of the most important sets of technologies to national security and critical infrastructure.

The threat to semiconductors and other micro-electronics is not based so much on China’s current position as much as what the future could hold. The issue with semiconductors is not that China is currently the principal supplier or has control of the industry but, instead, that the Chinese government has the ability to put the industry at risk through its actions toward Taiwan. Any attempt to exert control over Taiwan, either through direct military action or illegitimate economic aggression, threatens the supply of crucial componentry for the United States.

That is because of the importance of the Taiwanese Semiconductor Management Corporation (TSMC) to the market. Research that we have done at Exiger has found that TSMC operates the world’s largest foundry and:

The RAND Corporation recently hosted a public-private wargame related to China-Taiwan and the semiconductor industry, which highlighted the lack of good options for addressing current U.S. reliance on the Taiwanese should the Chinese government decide to get aggressive. There would be immediate shortages of domestic goods and, somewhat quickly, risk of lack of availability of high-end chips necessary for national security applications and maintaining critical manufacturing capacity. Amongst the takeaways was a need for additional contingency planning and significant investment in U.S. industry.

The aim of the CHIPS and Science Act is not to weaken TSMC, per se, but instead to diversify the industrial base of the supply of semiconductors and related materials such that more is produced in the United States and there are alternative supplies if additional pressure arises from the Chinese government or other influences in the Asian market. This legislation, of course, will not resolve the issue immediately but, paired with the Infrastructure Investment and Jobs Act that passed last year, Congress and the administration have signaled that they understand that security and resilience of infrastructure can be aligned with economic opportunity.

Building a strong industrial base is a resilience-enhancing measure and stimulating that base through smart incentives is a crucial role for the federal government. This puts the United States on the offensive in our competition with China and sends a strong message to industry that the government is willing to invest in security of our supply chains.

Coupled with that message, however, is the need to continue to plan for the homeland implications of a China-Taiwan contingency. Investment is part of the necessary mitigation but so too is enhanced awareness by government and industry of the reliance on critical technologies that could be held at risk by Chinese aggression. As is increasingly clear, holistic risk management – to include identifying opportunities for growth – is necessary to protect America’s interests.