State of Cyber and IT: DHS CIO Eric Hysen Says IT Mission Driven by Greater Collaboration, Lessons in Agility

With situations testing the mettle of the department and informing future operations and innovations, "the work of building a strong organization is never done.” 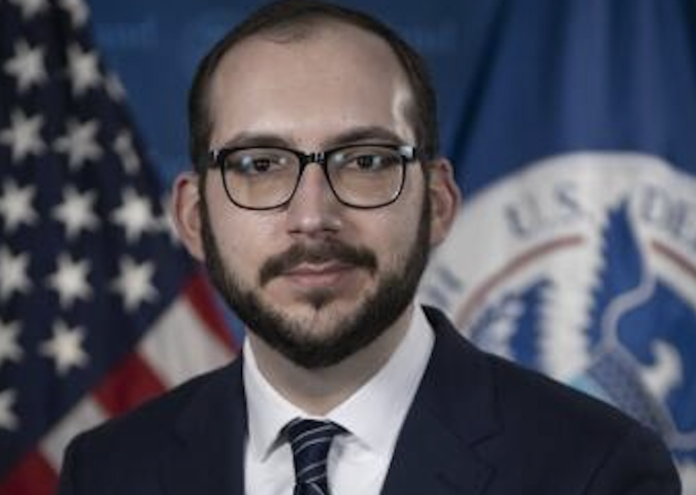 The rapid operation to relocate tens of thousands of Afghans to safety while ensuring national security was not compromised in the process was both a shining achievement for Department of Homeland Security IT staff and a valuable lesson about building agility and collaboration, Chief Information Officer Eric Hysen said today in an exclusive Homeland Security Today live conversation with Editorial Board member and former DHS CIO Luke McCormack.

Better integration of IT and operators side-by-side in some components has been delivering solutions quicker that are having greater impact in operations, but “progress has been uneven” with some components “operating in more of a legacy mindset.” Hysen is striving to “not just have a few parts that are great examples” but standardize this sort of collaboration and best practices across the department.

Hysen praised “the incredible work of the people” at DHS and within the components, adding that he’s “only become more impressed over past year.”

Hysen began his tenure as CIO in February of last year, having previously served on the current administration’s transition team for Technology Strategy and Delivery. His federal government experience includes serving as executive director of the Department of Homeland Security Digital Service, where projects included immigration benefits processing, refugee admissions, and international trade. Before DHS, he was a founding member of the U.S. Digital Service at the White House.

Noting that key leadership is in place and “a lot of horsepower in the community at this point” since Hysen began his current role at DHS, McCormack asked the CIO how he felt about the landscape after more than a year.

“We have an outstanding team across the DHS IT community,” Hysen said, stressing that he’s “thrilled to have an incredibly strong deputy CIO” in Beth Cappello along with strong leadership teams at DHS headquarters and across the components.

Seeing movement within the DHS community, such as USCIS Deputy CIO Yemi Oshinnaiye moving to become CIO at TSA and former CBP Office of Information Technology Enterprise Networks and Technology Support Directorate Executive Director Robert Costello becoming CIO at CISA, has been valuable as teams have been able to learn each other’s mission and be “so much more effective” at working together, Hysen added.

Chief Technology Officer David Larrimore came back to DHS in August after previously serving as CTO at Immigration and Customs Enforcement between 2016 and 2019. Hysen praised him as an “incredible leader — we were very lucky to entice him back from the private sector.” That time at ICE informed the CTO’s thinking about delivering value for components informed by what it means to be deploying technology on the ground, he noted.

The massive Afghan resettlement initiative that quickly had to kick into gear after the Taliban took control in Afghanistan was highlighted by the CIO as a brilliant example of being able to use collaboration to get systems up in days that previously might have taken years. Operation Allies Welcome resulted in teams working 24/7 with an “incredible” commitment to mission and devotion to the project from IT colleagues across agencies such as USCIS, TSA, ICE, and CBP to stand up new systems to oversee the emergency relocation and vet individuals effectively and quickly.

After the success of processing about 80,000 Afghans through Operation Allies Welcome, the CIO said parties involved in executing the resettlement mission sat down and took a hard look at how it unfolded: what the department learned, what worked, what could be improved. When the administration launched the Uniting for Ukraine program to give entry to displaced Ukrainians after Russia’s invasion created a massive refugee crisis, DHS was faced with a similar environment in which the program had to be stood up within matter of weeks. Hysen said IT staff performed “something just as complex but without as many of the 3 a.m. nights.”

“We realized the IT was moving faster than the policy and that’s not something we see happen very often,” he said.

Tech projects along the southwest border have also informed IT with challenges and lessons for the future, getting systems to fit together and talk to each other. Hysen said these experiences can drive more medium- and long-term architecture “even when we’re not putting so much tension on it.”

The border has also highlighted how DHS headquarters plays a crucial role communicating with components that have been working for years on IT advances, such as digitization at USCIS,  about what they need and where HQ can help, he added. This can include better coordination “particularly when policy is changing so frequently,” keeping technology aligned with department priorities, and “juicing this up with money, pouring more gas on the fire” from the Technology Modernization Fund and other sources. The border has been an exercise in “defining the right role for us at HQ,” Hysen said.

With situations such as these testing the mettle of the department and informing future operations and innovations, Hysen emphasized that “the work of building a strong organization is never done.” DHS still needs to build out diversity and inclusion in the workforce, he said, attracting and recruiting top talent “that looks like America, that looks like the people DHS serves.”

A unique challenge for federal IT departments has been attracting the talent to execute IT priorities from tech modernization to cybersecurity, and the DHS Cybersecurity Service was recently unveiled to make big changes in the way that the department lures, onboards, and retains cyber talent in the face of unrelenting competition from the private sector.

Hysen said the first employees were onboarded through the system at CISA just last week. DHS is also using other tools while “working very hard to hire using that new system,” which is a reimagining of traditional civil service procedures including candidates being evaluated in an assessment of their tech skills and career tracks offering the same type of flexibility and progression one would see at a private tech company.

The CIO said the department is also looking at how it may be able to push boundaries on location of staff, allowing either remote or flexible work in order to get talent from other parts of the country where the market is not as competitive as D.C.

And a critical focus is how DHS can “better deliver for our workforce,” Hysen said – staff who are “putting their lives on the line for our nation’s security and never hesitating to go above and beyond.”

“The secretary wants to make sure we are delivering back to them on what they need,” he said, including better training, meeting budget needs, making sure tech and acquisition programs aid frontline workers in executing the mission, improving or constructing facilities that allow them to get the job done, and more. “More than anything, our focus is better delivering for our workforce.”

Asked about what he’d like to see in the department a year from now, Hysen said he wants to see the level of cooperation exercised in border tech projects “being cemented as way of doing business.” The department should have reached the point in supply chain security that it “should be clear to industry partners where we are going and what they need to do to come along with us.” The CTO community should be leading the government in use of AI technology including facial recognition software, he said, and be “explicit” to public about how this technology is being used. And the goal of supporting hybrid work dovetails with the quest to hire and keep top talent at the department.