Agency leaders discussed progress on disaster equity initiatives to help those affected by storms who may have limited access to resources.

With the start of the hurricane season looming on June 1, federal leaders said they are prepared for another active season as they attempt to better account for inequities ranging from risk to assistance and “systemic barriers” that have hampered emergency managers from building truly resilient communities.

NOAA’s National Hurricane Center is scheduled to announce its initial outlook for the 2022 Atlantic hurricane season on May 24 at the New York City Emergency Management Department. 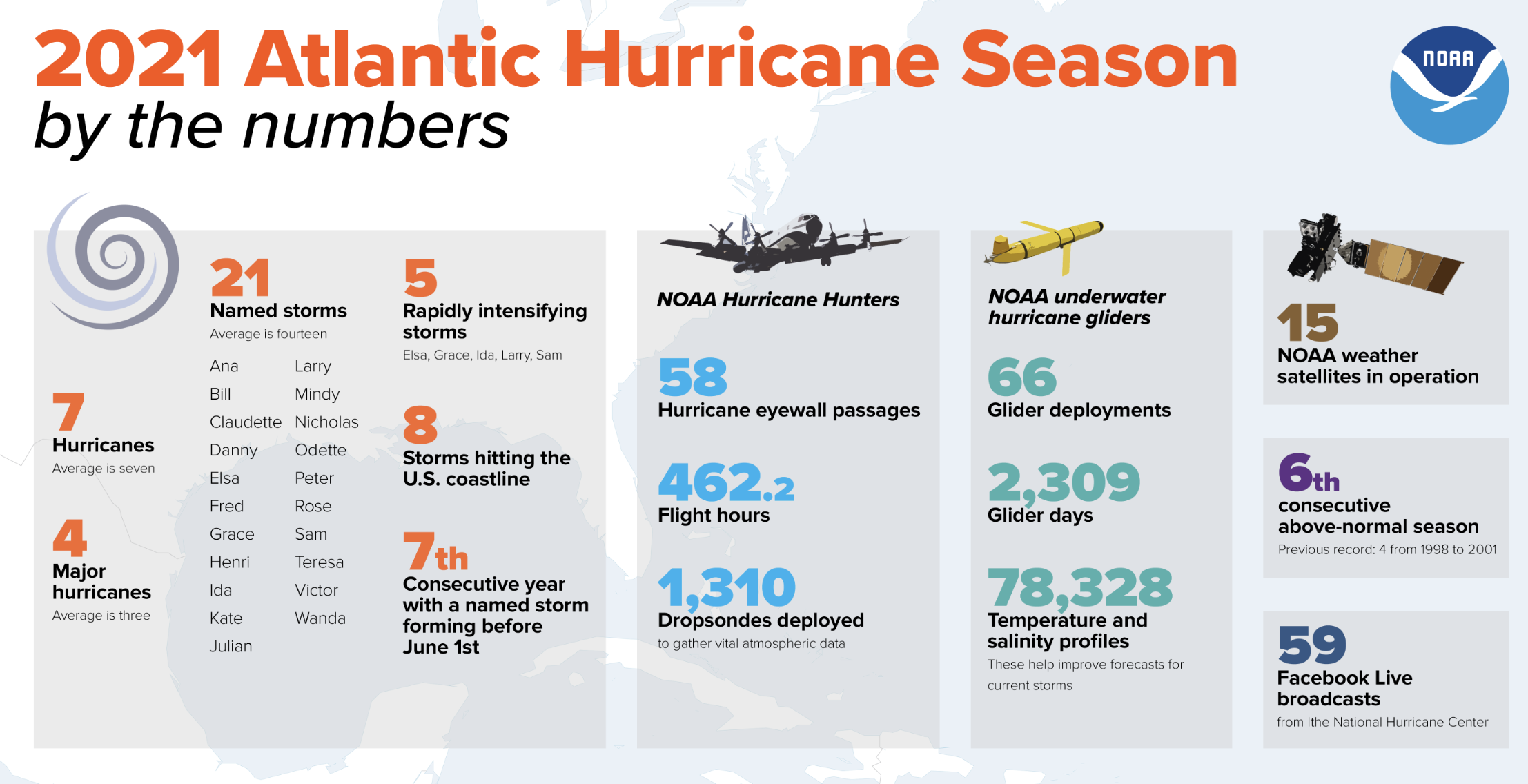 President Biden met Wednesday with federal emergency preparedness and response leaders to get briefed on the Atlantic hurricane season and to discuss progress on disaster equity initiatives to help those affected by storms who may have limited access to resources.

The briefing included Federal Emergency Management Agency Administrator Deanne Criswell, Administrator of the National Oceanographic and Atmospheric Administration Richard Spinrad, Director of the National Hurricane Center Kenneth Graham, Secretary of Housing and Urban Development Marica Fudge, Small Business Administrator Isabella Guzman, U.S. Coast Guard Vice Commandant Admiral Linda Fagan, and Homeland Security Advisor Dr. Liz Sherwood-Randall.The White House said that Biden “was briefed on the projected hurricane activity for the upcoming season and how lessons learned from past years have improved accuracy in analysis and forecasting,” and then discussed preparedness and response initiatives with underserved communities undertaken by FEMA, the Small Business Administration, and the Department of Housing and Urban Development.“The President also met with the brave men and women who fly into hurricanes and perform high-risk missions to provide early warning and real time analysis of severe storms in order to save American lives,” the White House said. “He toured the aircraft with specialized technologies that are used to predict hurricane tracks and spoke with U.S. Coast Guard members who conduct search and rescue missions during hurricanes and other extreme weather events.”

Before the briefing, Biden told reporters that he was going “to get a read on what’s going to happen, what the hurricane season this year is going to look like — but we’re prepared for the upcoming hurricane season.”

“My message to all Americans is straightforward: We know hurricanes are coming our way. They grow more extreme every season thus far,” he added. “Pay attention to the hurricane warnings. And follow the guidance of your local authorities.”

Biden said that “given the climate crisis, it’s likely to — we expect another tough hurricane season.”

“And storms are going to be more intense, and we’re going to have shorter notice, as we saw last year with Hurricane Ida,” he said.