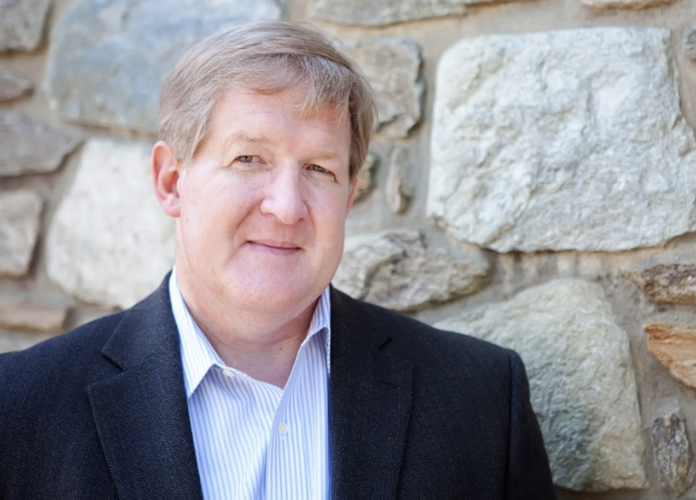 Edmund S. “Kip” Hawley III, a former Administrator of the Transportation Security Administration (TSA) and innovative post-9/11 aviation security architect, was celebrated last week as family and friends alike gathered to pay tribute to a wonderful person and servant leader whose life and career in public service is an aspirational legacy for all of us. Hawley passed in March.

On September 11, 2001, Hawley was a successful executive at supply chain software company living in California with his wife and two sons. A few days after the terrorist attacks, however, he decided his efforts to protect the country needed to extend beyond putting an American flag sticker on the back of his car. Six weeks later, Hawley was in Washington, D.C., as a volunteer on the leadership team reinventing aviation security. His intellectual curiosity, sense of mission, and humor were essential components in the urgent effort to design and stand up the agency – one for which there was no existing precedent.

Following the agency’s standup, Hawley returned to the private sector and his family in California for just three years before President George W. Bush nominated him to take over as TSA Administrator, where he served from July 2005 to January 2009.

As the fourth leader in as many years, Hawley instituted a range of new security layers that reflected his private-sector experience, including a more flexible, risk-based network strategy. Hawley was also intensely focused on improving the morale and training of the beleaguered workforce. During his tenure, the injury rate among frontline workers decreased by 75 percent and a pay-for-performance program was created. Based on employee feedback and his goal of increasing professionalism and morale, Hawley also improved uniforms, issued badges, and changed the position name from Screener to Transportation Security Officer.

The biggest challenge, and one of the longest-lasting legacies, of Hawley’s tenure came in the summer of 2006. On the night of August 9, law enforcement in the United Kingdom raided multiple locations at the center of a plot to detonate liquid explosives carried onto U.S.-bound transatlantic passenger flights inside soft drink containers. The raid was successful, but also signaled to other would-be bombers planning to use the technology that their window for launching an attack was nearly closed. TSA’s challenge was to stop these liquid explosives from getting onto flights without severely disrupting the nation’s aviation network.

Working through the night, TSA rolled out its plan to enact an immediate ban on all liquids in carry-on luggage on every commercial flight. The next day, not a single flight in the United States was canceled. Hawley and his team soon developed new rules to mitigate the threat and enable passengers to take necessary liquids in their baggage: the well-known 3.4 ounces or 100 milliliter limit for carry-on liquids, 3-1-1. Hawley pressed for technology that is available today to be implemented at airport checkpoints to pave way for the repeal of 3-1-1.

While the public sometimes chafed at airport security rules, during Hawley’s tenure the perception of the agency in the eyes of the traveling public improved, due in great part to his commitment to transparency. Hawley gave unprecedented access to the media, taking them behind the scenes in testing and training facilities, and he was a driving force in TSA’s use of social media to engage travelers. The novel TSA Blog he championed educated travelers about the rationale behind security measures, helped them prepare for security, and shared data on prohibited items found at checkpoints every week to show the value provided to travelers to keep them safe.

In positions like TSA Administrator, country sometimes ends up coming before family. A dedicated family man, Hawley spent much more time away from his wife and two sons than he ever would have liked. In just one example, the overnight rollout of the 2006 liquid ban happened on his 36th wedding anniversary – he recalled ducking into an empty office at the Department of Homeland Security for a two-minute phone call to his wife. It was an even harder conversation because he’d already missed the previous anniversary on TSA business. “You’ll see it on the news tomorrow,” was the only explanation he could offer.

The September 11 terrorist attacks forever changed Hawley, committing him to do whatever he could to prevent another attack on the United States. He did it by inspiring and empowering those around him and by fighting for the best tools to help his workforce be successful. In a job that could wear down the strongest person, Hawley’s boundless energy and sense of humor helped him and those of us lucky to work with him the spirit to move forward. I speak for our colleagues throughout the U.S. government when I thank them for lending Hawley to us for the years we were fortunate enough to have him.

No one will miss Kip more than his wife, Janet, his sons Nick (Jessica) and Chris (Sabrina), and his three young grandchildren.

Andrew Card
Andrew Card, the second longest tenured White House Chief of Staff, has served in senior government roles under three U.S. Presidents. Card served as Deputy Chief of Staff and then as a Cabinet Member for President George H.W. Bush as the 11th Secretary of Transportation from 1992 to 1993. He served as President of Franklin Pierce University from January 2015 through July 2016. Prior to this, Card served as Executive Director of the Office of the Provost and Vice President for Academic Affairs at Texas A&M University from August 2013 until December 2014. He served as Acting Dean of The Bush School of Government and Public Service at Texas A&M from July 2011, until Dean Ryan Crocker’s return from service as the U.S. Ambassador to Afghanistan on August 1, 2013.