As of mid-September, unruly passenger incidents were occurring approximately six times per every 10,000 flights. That’s an approximately 50 percent drop from early 2021, but still more than twice as high as the end of 2020. 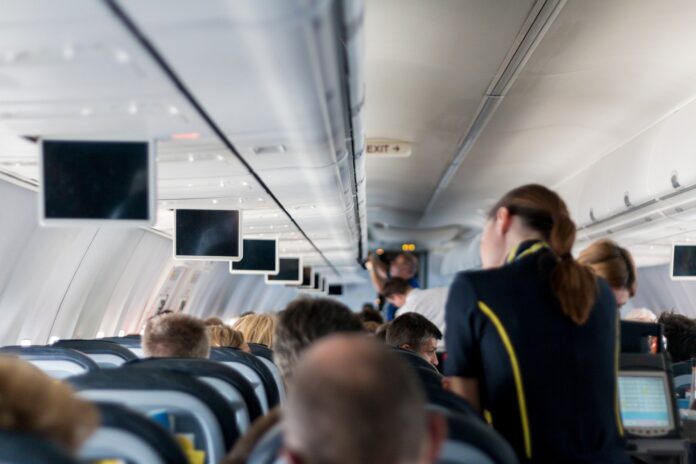 A House Committee on Transportation and Infrastructure hearing has examined the alarming increase in disruptive and unruly airline passengers, the causes, the effect on passenger and crew safety, and the enforcement of U.S. laws prohibiting such behavior.

As of mid-September, unruly passenger incidents were occurring approximately six times per every 10,000 flights. That’s an approximately 50 percent drop from early 2021, but still more than twice as high as the end of 2020. Since the Federal Aviation Administration (FAA) launched its public awareness campaign with memes and public service announcements, the rate has fallen approximately 30 percent.

The FAA adopted a zero-tolerance policy toward unruly passengers in January 2021. Under this policy, the FAA moved from issuing warning letters to issuing direct fines, which have totaled over $1 million. In addition to its public service announcement videos and memes, the agency has asked airports to help educate passengers that they cannot consume alcohol on board that they purchase at restaurants and shops in the airport or that is not served by a flight attendant.

House Committee Chair Peter DeFazio commended the FAA’s approach but said air rage incident rates remain too high and was concerned that the FAA inspectors who handle these cases are also responsible for conducting oversight and surveillance of the aviation system’s safety. “They can’t continue without some relief,” DeFazio said.

“Our work is having an impact and the trend is moving in the right direction. But we need the progress to continue. This remains a serious safety threat, and one incident is one too many,” said FAA Administrator Steve Dickson in a statement which was issued on the morning of the hearing.

From 2015 to 2020, the FAA initiated a total of 786 investigations into unruly passenger behavior. DeFazio pointed out that as of September 21, 2021, there have been 4,385 unruly passenger reports since the beginning of the 2021 calendar year. “Two weeks ago, that number was 4,184, so that’s just over 200 new reports in the last two weeks alone,” De Fazio said at the hearing.

The Committee Chair called for cooperation at the federal and state levels, as well as continued coordination within the aviation industry to stop the surge of air rage cases. “First and foremost, the FAA must continue to coordinate with other federal agencies,” DeFazio said. “While the FAA’s civil penalties have gone a long way to dissuade and deter dangerous and disastrous behavior other penalties must be enforced for the most violent offenders. In many cases these penalties must be brought in criminal court, under the jurisdiction of the Department of Justice (DOJ). Yet in an article published earlier this month, DOJ said it had only filed charges in federal district courts for 16 defendants, matching the total number of unruly passengers federally charged the previous year. Given the discrepancy in cases between last year and this year, that is not satisfactory or commensurate with the serious number of cases.”

“Finally, airports and their restaurants and other concessionaires must work to curb passenger intoxication and the occurrence of passengers carrying on and consuming alcohol on flights. There is no reason that a passenger should be able to leave a restaurant with a “to-go” cup of alcohol and board a plane with it.

“I applaud Administrator Dickson’s letter to airports across the country requesting that airports work with their concessionaires to amplify the FAA’s prohibition on consuming alcoholic beverages not served by crewmembers on board flights. While alcohol may not always be the primary instigator in some of these confrontations, adding gratuitous alcohol to a violent situation certainly exacerbates the problem and subsequent danger to flight crew and the traveling public.”