With Focus on Domestic Extremism, Be Vigilant for Escalating Incel Threat

More than “loners,” incels are stark examples of “incompetent joiners” – young angry men fueled by a sense of aggrieved entitlement. 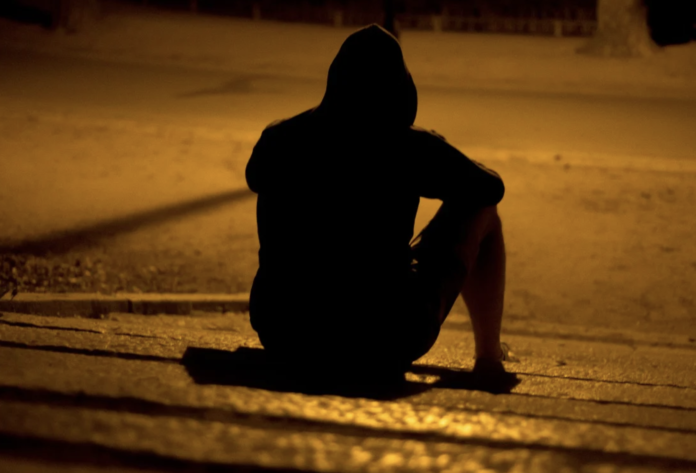 At the onset of the pandemic, the Cambridge Cybercrime Centre observed a significant increase in murderous fantasies expressed online within the incel community. The level of online activity, as well as the tone, had grown increasingly threatening. Fortunately, that level of violent ideation seemed to settle down over time but now has resurfaced.

This week, the Centre for Countering Digital Hate found that UK web traffic data to three of the largest incel sites has grown from 114,420 monthly visits to 638,505, over the period of March to November 2021. That represents a sixfold rise in activity on websites promoting incel ideology. Also significant is the call to action for the rape of women.

More than “loners,” incels are stark examples of “incompetent joiners” – young angry men fueled by a sense of aggrieved entitlement that they are being cheated out of the romantic and sexual experiences they rightfully deserve.

Incels, short for involuntary celibates, are probably the most infamous segment of the manosphere – the online morass of misogyny that includes incels, Pick Up Artists (PUAs), MGTOWs (Men Going Their Own Way), and Men’s Rights Activists (MRAs). They also appear to be the most prone to public displays of brutality: Law enforcement attributes 50 murders in North America in the past several years to violent incels. While existing entirely in a virtual global community, incels are bound together by an ideology that preaches hatred of women and has inspired deadly real-world attacks.

In the UK incel community, the August 2021 attacker in Plymouth has been lionized. That 22-year-old man’s social media usage suggested an obsession with incel culture. He also called for “all women to be raped at least once.” On December 27, a Denver man harboring extremist views killed five people in a shooting spree. That 47-year-old man, while not a self-professed incel, had complained about “modern/liberal suppression” of “male honor violence” and raged against “female premarital sex” in various Twitter posts – all views consistent with incel ideology.

While many of us are thinking about the anniversary of the January 6 insurrection, and news broadcasts are replete with images of the screaming shaman and kitted-up militia members, let’s not take our eyes off of other persistent threats on the horizon.

Misogyny is a dangerous and underestimated component of extremism, and there is a robust symbiosis between incel culture and other violent ideologies. Changes in the landscape involving the dramatic escalation in pandemic cases, the tense political environment, and challenging economy all can further destabilize the already volatile incel community. Don’t underestimate incels as potential threat actors.

State of Radicalization: Behavioral Factors in the Rise of the Lone Actor Terrorist

Steven M. Crimandohttp://www.behavioralscienceapps.com
Steven M. Crimando, MA, BCETS, CHPP, CTM, is an internationally known consultant and educator specialized in the application of the behavioral sciences in homeland and private security, violence prevention, crisis management, and disaster response. He is the founder and principal of Behavioral Science Applications, an innovative operational risk management consulting firm based in the New York Metro Area serving a global client base. Steve is a Certified Threat Manager (CTM), a Board Certified Expert in Traumatic Stress (BCETS), a Diplomate of the National Center for Crisis Management; and the American Academy of Experts in Traumatic Stress. He is a Certified Homeland Protection Professional (CHPP) and a member of the Global Society of Homeland and National Security Professionals. He is a Certified Police Instructor, a member of the Association of Threat Assessment Professionals, and an expert in threat assessment and threat management. He is frequently called upon by law enforcement agencies, the media and the courts to provide insight on workplace, school and community violence prevention and response, including acts of extreme violence such as active shooter incidents. Steve served as a Disaster Field Operations Supervisor for the FEMA’s mental health response to the 9/11 World Trade Center attacks and coordinated onsite psychological operations at New Jersey’s Anthrax Screening Center. He helped coordinate psychological support services at such incidents as the 1993 World Trade Center bombing, Hurricanes Floyd, Irene and Sandy, and TWA Flight 800 crash. Steve has assisted at over a dozen major air crashes and has counseled many victims of violence, including those who were targets of the Unabomber, international kidnappings and other acts of terrorism. He serves as a consultant and trainer for the U.S. Department of Homeland Security (DHS)-Federal Emergency Management Agency (FEMA); U.S. Department of Justice (DOJ)-Federal Bureau of Investigation (FBI) and Office for Victims of Crime (OVC); U.S. Department of Labor (DOL)-Occupational Safety & Health Administration (OSHA); U.S. Health & Human Services (HHS)-Substance Abuse Mental Health Services Administration (SAMHSA)-Disaster Technical Assistance Center (DTAC); U.S. Public Health Service; National Criminal Justice Training Center; New York Police Department (NYPD)-Counterterrorism Division (CTD), and the United Nations Emergency Preparedness & Support Team. Steve is the author of many published articles and book chapters. He has been featured for his work in violence prevention and response in many professional journals, magazines and newspapers, and frequently appears on both network and cable news and talk shows, as well as in the courts, as a subject matter expert addressing the behavioral aspects of public and private sector crisis prevention and response.