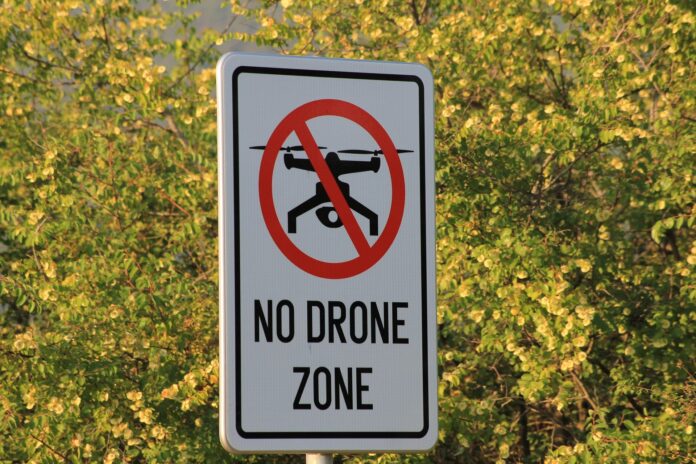 From October 1, 2019, to September 30, 2020, the Federal Bureau of Investigation (FBI) provided counter unmanned aerial systems (UAS) support at dozens of events, including national level sporting events such as Super Bowl LIV in Miami, the 2019 World Series, and the 2020 Rose Bowl Game, as well as at other major events that draw large crowds like Washington, D.C.’s A Capitol Fourth and New York City’s New Year’s celebration. During this period, the FBI detected over 200 UAS unlawfully flying in national security airspace restricted by the Administrator of the Federal Aviation Administration (FAA) at such events, and has taken corrective action.

The Department of Justice (DOJ) announced the protection activities undertaken by the FBI to counter the threat posed by UAS in an effort to deter careless and criminal UAS operators in light of an anticipated increase in enforcement activity in response to the misuse of UAS.

The Preventing Emerging Threats Act of 2018 (codified at 6 U.S.C. § 124n) provides DOJ a tailored grant of authority for authorized DOJ components such as the FBI to take appropriate and lawful action against unmanned aircraft or unmanned aircraft systems that threaten the safety and security of the public, covered facilities and assets, and DOJ missions, consistent with the Constitution, applicable federal laws and regulations, and department policy.

“Drones are an amazing technology that offer great commercial promise, but they also present a serious challenge to ensuring public safety,” said Deputy Attorney General Jeffrey A. Rosen.  “As events return during and after this global pandemic, we will be out in force where needed, collaborating with our partners from the FAA and the Department of Homeland Security, to protect the public from unsafe, careless, or malicious drone operators.”

“The FBI is heavily invested in ensuring public safety at special events and we are engaged, with our federal, state, and local partners, to ensure UAS do not pose a threat to these events,” said FBI Executive Assistant Director Terry Wade.  “The FBI remains committed to identifying, investigating, and disrupting the careless or criminal use of UAS.”

Operators who violate the national security-related flight restrictions put in place to protect these events risk facing criminal charges. This past fiscal year authorities arrested and charged drone operators with violating a national defense airspace Temporary Flight Restriction (TFR), in violation of 49 U.S.C. § 46307. For example, in the lead up to Super Bowl LIV, the U.S. Attorney’s Office for the Southern District of Florida charged two drone operators with flying drones in national defense airspace.

In addition, the FBI has seized about a dozen UAS based on violations of flight restrictions at events during fiscal year 2020.

The department is particularly committed to preventing and prosecuting the increased use of drones for criminal purposes. Last October, Eric Lee Brown was sentenced to 48 months in federal prison after attempting to use a drone to deliver marijuana to a state prison in Georgia. In March of this year, the U.S. Attorney’s Office for the District of New Jersey announced charges against two men for conspiring to smuggle contraband into a federal correctional facility using drones. These two cases illustrate the department’s effort to prevent, deter, and prosecute the use of drones to smuggle contraband into federal and state prisons.

The department is also committed to prosecuting drone operators who use unmanned aircraft to facilitate violence. The five-year prison sentence imposed last month on Jason Muzzicato, who used an unregistered drone to drop improvised explosive devices in the Eastern District of Pennsylvania, among other offenses, reflects this commitment.

On September 28, 2020 the U.S. Attorney for the District of Oregon announced that two individuals were charged with flying a drone within national defense airspace during civil disorder events in Portland, Oregon.

The department has expanded its use of counter-UAS technology and anticipates that, if violations still occur, its prosecutions will continue to increase. As UAS become more common in our everyday lives, and offer many potential benefits, the need to operate UAS responsibly is paramount.