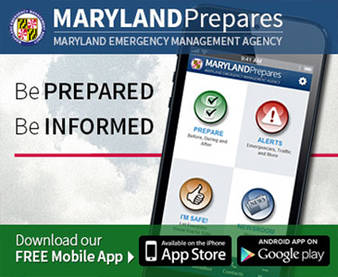 More than $5 million in federal grants to local jurisdictions and qualified organizations in Maryland are at risk to being impacted of or have been adversely affected by natural disasters has been awarded by the Maryland Emergency Management Agency (MEMA) has recently.

Provided by the Federal Emergency Management Agency (FEMA), the funds are used for specific projects that have been identified by communities as important to saving lives and protecting property.

“Government agencies and voluntary organizations are proficient at disaster response and recovery,” said MEMA Executive Director Ken Mallette, “but another piece of our responsibility to the residents of Maryland is to consistently prepare for and mitigate against future emergencies. These projects will help accomplish that.”

Hurricane Sandy in 2012, for example, had “both widespread impacts throughout the State of Maryland and localized, direct effects on many communities,” MEMA said.

“Through this mitigation grant program, MEMA is working with local jurisdictions to acquire and demolish structures that are not safe from natural hazards, turning the land into protected open space,” MEMA said in its announcement, noting that, “Maryland and Prince George’s County will be acquiring and demolishing seven properties in Fort Washington that experienced slope failure in March 2014. MEMA will also be working with Allegany County to acquire a six-property mobile home camp in Frostburg and with Calvert County on a single structure in Broomes Island. Property owners who experienced a loss will be reimbursed using these funds.”

“In addition,” MEMA said, “these mitigation grants will fund emergency alert and warning projects, such as an update to the existing flood warning system in Howard County, the purchase and installation of a two-way emergency alert system for Frederick County facilities, and a variable message sign for Garrett County.”

MEMA said other projects include purchasing and installing emergency power generators for critical facilities such as the University of Maryland’s Charles County Medical Center which will be installing three emergency generators to ensure that electricity is available to the hospital if commercial power fails.

During damaging East Coast hurricanes in recent years, hospitals in flooded areas up and down the East Coast suffered generator failures, in many cases because the generators were below ground level.

This and other issues were covered in the June/July Homeland Security Today reports, When the Crossroads of Health Care and Public Health Never Meet, and, Forcing Emergency Preparedness on Health Care.