ANALYSIS: What Ever Became of the Global War on Terror? 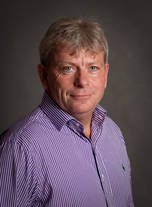 It is understandable that in the cauldron of international politics that followed the immediate aftermath of September 11, 2001 that some kind of phrase would be invented to try and describe how the United States and its NATO partners would seek outand destroy those who perpetrated the most heinous act of jihadi terrorism.

The phrase the “Global War on Terror” (GWOT) was the solution. But the term was disliked by the purists whose semantic arguments focused on what they saw as the difficulty of going to war with terrorism. The phrase soon became an albatross on the back of those trying to dismantle Al Qaeda.

As things started to go awry in Iraq and the situation in Afghanistan looked almost impossible to resolve using military power alone, the phrase very clearly began to be phased out of use. It quickly was removed from the routine narrative being used in political circles in Washington, which was a situation that was further consolidated when Barrack Obama was elected President.

It was natural for him to want to create some distance between the language of his predecessor and his own administration. But, despite the phrase falling out of use, Obama did continue to develop the strategy of attacking terrorist groups wherever they were hiding, giving them no respite or sanctuary.

While the phrase itself may have been consigned to the dustbin of history, pragmatists who knew what they meant when they declared a Global War on Terror continued to pursue their aim. Where the limitations of “boots on the ground” had been demonstrated in Iraq and Afghanistan, a more reflective approach started to be developed; one that saw intelligence replace infantry soldiers at the spearhead of the operations.

As a result of this quiet and pragmatic approach Al Qaeda’s leadership across the world has been decimated. Strikes by armed Predator drones have taken a significant toll. One of the latest strikes resulted in the death of the leader of Al Qaeda’s most loyal franchise in Yemen – Nasir Al Wuhayshi. Consistent success stories like this one against the leadership of Al Qaeda has further been strengthened with the death of a number of the leaders of the Lashkar-e-Jhangvi (LeJ) in Pakistan.

While no political leader with any sense is about to declare a victory in the global war on terror, senior political and military leaders in Washington for some time have indicated Al Qaeda’s core leadership is under severe pressure. Despite the new leader of Al Qaeda in the Arabian Peninsula’s statement of loyalty to the current leader of Al Qaeda – Dr. Ayman Al Zawahiri – and the success its franchise in Syria (Jabat Al Nusra) is having the position of the terrorist group has never looked so bleak.

Dā’ish (the Islamic State, or ISIS), on the other hand, is enjoying a purple patch in their development. Aside from rumours surrounding the health of its leader, Abu Bakr al Baghdadi — who apparently just survived a Predator attack at the cost of being paralysed — the group continues to make progress in establishing its Caliphate. The statement of loyalty from Boko Haram is perhaps the most significant of its recent success stories.

Unlike Al Qaeda, which was never able to incite the kind of lone wolf violence so publically advocated by Al Baghdadi’s call to “erupt volcanoes of jihad everywhere,” ISIS’ call to lone jihadism has achieved notable resonance across Western Europe and in the United States, where a series of attacks have been conducted by people loosely affiliated to Dā’ish.

It is therefore entirely realistic for the key military and political leaders in Washington to take the view that the current threat is significantly different from that posed by Al Qaeda. Details contained in the FBI’s criminal complaint against Harlem Suarez indicated he intended to bomb a beach in Miami onJuly 4 provided a clear case study that the virus at the heart of the ideology of Dā’ish has spread to America.

According to the complaint, Suarez, is a self-professed ISIL adherent who knowingly attempted to use a weapon of mass destruction — a backpack bomb — in the United States.

Clearly, however, to deal with the threat posed byDā’ish, a modified version of the Global War on Terror has to emerge. We can call this the third iteration of the concept. It essentially show the West is able to adapt to the way in which the threat from Dā’ish is emerging, albeit somewhat slowly. It also shows that, despite the lack of use of the phrase, the pragmatic approach to addressing the threat from international terrorists is still alive and well. It has just gone dark.

Perhaps in this race of the tortoise and the hare, the slower but more deliberate approach led by intelligence is a better solution, albeit it requires a huge amount of patience. It also requires a local partner who can assist in the development of a secure environment on the ground – avoiding the need for the West to once again deploy ground troops and be labelled as “occupiers.”

British Prime Minister David Cameron has admitted that the fight against Dā’ish is one that will not be solved anytime soon. His language is of the “full spectrum response.” By this, he refers to conducting a range of operations at home and aboard that not only directly target Dā’ish, but also indirectly target its source of revenues. This also requires an integrated approach both intra-government and well as inter-government.

One example of where this more deliberate approach is delivering benefits can be seen in Somalia. Here, the Al Qaeda franchise Al Shabaab is under increasing pressure, having lost much of its footprint in the country. While the total number of attacks mounted by Al Shabaab over the last six years have not significantly varied between 2009 and 2014 (its peak was 490 in 2012), in the last six months there has been a consistent downturn in their rate of attacks.

Until the end of June 2015, Al Shabaab had only managed to conduct 132 attacks. This is nearly half of its peak rate. Their rate of use of improvised explosive devices (IED), which peaked at 93 in 2012, has also been significantly reduced with only 20 having been used in the current year until the end of June.

That does not imply that Al Shabaab cannot still conduct the kind of horrific attacks they mounted in Kenya in the Westgate Shopping Mall, or at Garissa where they killed over one-150 students at the university. The threat they pose is still significant. But their room for manoeuvre has been severely hampered.

The joint work of the African Union troops on the ground and the feeds of intelligence from United States agencies, are clearly having an effect. So dire is Al Shabaab’s position that they have recently been rumoured to have been thinking of leaving Al Qaeda and declaring their allegiance to Dā’ish. This could be thought of as a move designed to re-invigorate their current perilous situation.

Other fronts in the Global War on Terror

While Somalia is a success story for the quieter and more long-range approach to the global war on terror, the situation in other countries is less clear. In Libya, the situation is still highly complex. The natural partner of the Western world in trying to approach the defeat of a significant Dā’ish presence on the ground has little ability to manoeuvre outside Tripoli. And in Syria, the situation on the ground remains stuck in a war reminiscent of the trench warfare of the First World War. The evolving security landscape in Syria makes the choice of a local partner even more difficult.

These are not the only places where the global war on terror continues. The situation in Yemen where Al Qaeda’s most loyal and operational capable franchise still operates cannot by any means be said to be stable. Currently, international groups in the area are being dislocated by a Saudi air campaign. This is likely to result in a temporary respite in their activities. The difficult point comes if the Saudi’s and their coalition partners decide they have done enough and stop the air assault.

However, it is to Iraq that we must look for any indications of the kind ofprogress that will see Dā’ish reach a tipping point and implode. While rumours exist of factures appearing in the leadership of Dā’ish, they still appear to retain an ability to manoeuvre and mass their forces at a time and place of their choosing. Most worryingly, the increasing reports of the use of chemical weapons by Dā’ish point to a longer term threat not dissimilar to that which created the basis for the global war on terror in the first place.

The fear in the Bush administration of a nuclear attack against the United States was palpable. The intelligence on Al Qaeda’s intent was also clear. History may yet show that the interventions in Iraq and Afghanistan did prevent such an attack from taking place in America. When the stakes are that high, it is perfectly understandable why the original global war on terror was launched. What is clear is that despite the lack of use of the phrase the pragmatists are still making progress. Nearly 14 years into the GWOT, the idea is still alive and well. It is just being carried out another way.

Contributing Writer Dr. Dave Sloggett has spent over 40 years working with the United Kingdom military forces as a scientific advisor and analyst analyzing international security issues. He is a recogniZed authority on counter insurgency operations and is used as an advisor by NATO to lecture on this subject in support of training missions seeking to help countries establish their own military forces. His most recent books are, Focus on the Taliban, and, Drone Warfare.