Cyber Security and the Insider: Is the Threat What It Appears? 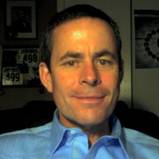 Martin was arrested by the FBI in August 2016 and recently indicted by a federal grand jury, accused of violating the Espionage Act by carrying out what officials claimed was the “largest theft of classified information in US history.”

While Martin’s attorneys argue he had no malicious intentions to release the information, the fact is any individual who has been given legitimate access to systems and data is an insider, and their actions must be better monitored and controlled.

The Department of Homeland Security (DHS) Insider Threat and Mitigation Act of 2017, which was approved at the end of January, is intended to establish an insider threat program within the department to focus on tasks such as: providing training and education for DHS personnel; the ability to investigate potential insider threats that may pose a risk to the DHS’s critical assets; and conduct risk mitigation activities for insider threats.

These are important milestones along the path to mitigating the insider threat risk, but it remains extraordinarily difficult to predict human behavior and identify who may maliciously or accidentally damage an organization.

Therefore, it’s important to first understand the person who is employed by the organization – the human factor in identifying threats cannot be underestimated.

It’s also important to be able to use technology to dynamically monitor and change access being granted to insiders. This holistic approach provides a good foundation for an effective insider threat program.

Defining and defending against the insider threat

DHS defines the insider threat as the potential damage to the interests of an organization by a person or persons regarded, inaccurately, as loyally working for or on behalf of the organization, or who inadvertently commits security breaches.

This broad definition includes people from across multiple groups – internal employees, supply chain partners, vetted and trusted contractors, and more. At its core – this gets down to people abusing legitimate access to systems and information.

The Martin case should be a shock to NSA and other federal agencies that live in a post-Snowden world. From a personnel standpoint, there are basic procedures to protect against insider threats that NSA seems to have missed, including:

The insider problem grows exponentially from a technical standpoint in trying to control legitimate employee access – especially when this includes privileged accounts. Privileged accounts are the key target of exploit for insiders and are where most attacks on an organization starts – whether it comes from the inside or externally.

These accounts represent a significant attack surface and exist in every piece of technology connected to the network. They can provide absolute control over a company’s infrastructure – and can do so without leaving a trace.

To reduce the risk of insider threats and limit the exploitation of legitimate access, here are five steps federal government agencies should consider:

Protecting against insider threats is incredibly difficult because predicting malicious or negligent human behavior is an inexact science. By focusing on the legitimate access being abused, organizations can proactively identify and mitigate insider attacks before they cause irreparable damage.

Kevin Corbett is Director, Federal at CyberArk, and has more than 20 years of experience working with federal government agencies.