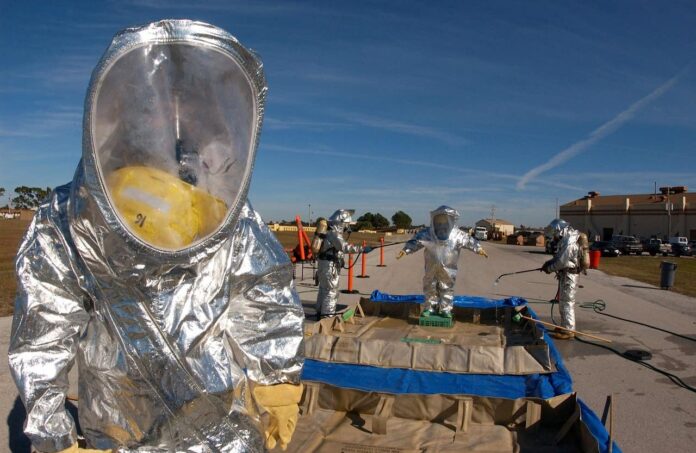 The Department of Homeland Security’s Science and Technology Directorate is conducting a HAZMAT scenario with state-of-the art tech from private-sector industry partners. The Next Generation First Responder – Harris County Operational Experimentation will be held on Dec. 4-5 at the Port of Houston, and will also include 13 local Houston-area public safety agencies.

“Today’s first responders must have advanced technology to communicate and provide situational awareness as they face dangerous and evolving threats,” said William N. Bryan, who is performing the duties of Under Secretary for Science and Technology. “Most importantly, these next generation technologies need to be interoperable in coordinated response efforts.”

DHS is working through a Cooperative Research and Development Agreement with these industry partners and their tech:

“As of 2016, 81.7 percent of Americans live in urban areas, and urban responders have different technology needs and budgets than those in rural areas,” according to a DHS factsheet. “By hosting the NGFR – Harris County OpEx in the Houston area, DHS S&T and industry partners can learn about the interoperability and integration requirements of coordinated urban response and develop recommendations for both urban and rural responders.”

The OpEx will also evaluate technology from the following DHS partners: