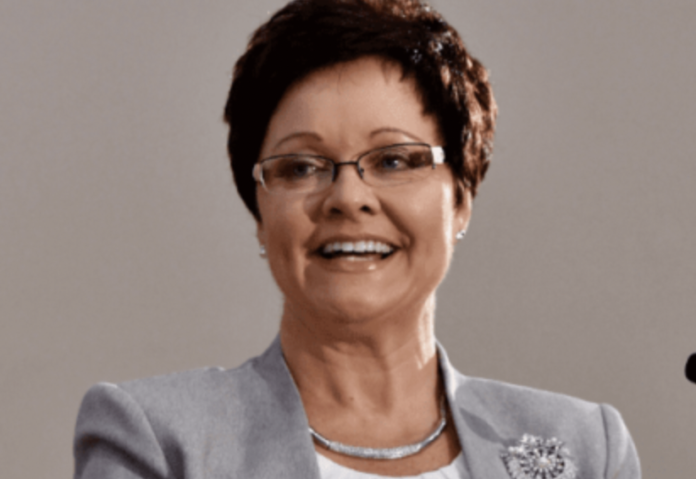 Dr. Lori Moore-Merrell, a longtime advocate for the fire service and president and CEO of the International Public Safety Data Institute, was selected by President Biden to fill the vacant role leading the U.S. Fire Administration.

“The USFA’s work is extremely important — working with state and local fire and EMS departments and emergency responders throughout the country, we must do better to prepare for the changing landscape of what we refer to as all hazards,” said Moore-Merrell.

‘”With ever-increasing incidence of wildland fire and other disasters, we must redouble our efforts to prevent ignition and harden the wildland urban interface. It’s an honor to be selected for this position,” she said. “I’m looking forward to working alongside and leading our workforce and am grateful for this opportunity and eager to further drive the mission of USFA.”

Moore-Merrell began her career in the fire service in 1987 as a firefighter-paramedic with the Memphis Fire Department. Beginning in 1993, Moore-Merrell worked at the International Association of Fire Fighters for more than 25 years, driving data to agencies to make fact-based decisions as chief executive of the Technical Research/Data Analytics division. She left the IAFF to co-found the IPSD in 2019.

She was awarded honorary membership in the Metropolitan Fire Chiefs Association in 2019, and served nine years as a Commissioner to the Commission for Fire Service Accreditation (CFAI) and three terms as a board member for the Center for Public Safety Excellence (CPSE). She is a member of the International Fire Service Training Association (IFSTA) Executive Board, and served four terms on the Commonwealth of Virginia EMS Advisory Board.

Moore-Merrell received Homeland Security Today’s Mission Award in 2020 for her work paving the way on educating agencies on the use of data to plan for emergency incidents and implementing data-driven decisions in real time at emergency scenes.

She served on the Biden-Harris Transition Team to conduct an agency review for DHS/FEMA as part of the COVID-19 response planning. She also served on the Public Safety Committee of the Transition Teams for both the Mayor of New York City in 2013 and the District of Columbia Mayor in 2015.