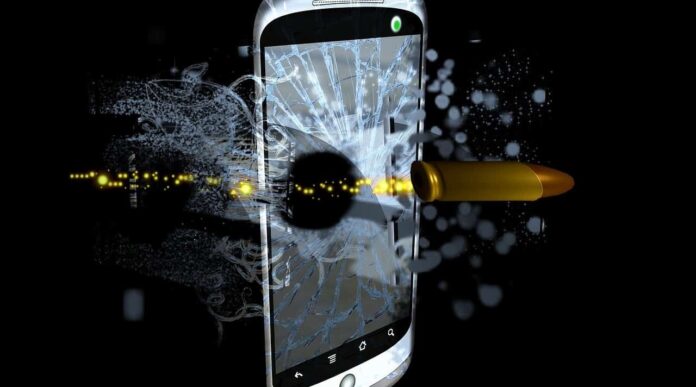 Over the weekend, Less Government, an advocacy group favoring reduction in the size and influence of government, ran an ad in the New York Post aimed at Amazon founder and Washington Post owner Jeff Bezos. The ad targets a Department of Defense cloud computing services procurement, suggesting that DoD intends to award the 10-year deal, possibly worth up to $10 billion, to Amazon Web Services without competition.

We already know there is no love lost between President Trump and Bezos.

Less Government’s founder and president is Seton Motley, a conservative writer who also describes himself as a political and policy strategist, lecturer, debater, and activist. According to Motley and his group, DoD, through its Joint Enterprise Defense Infrastructure (JEDI) cloud acquisition released in early March, “is set to award a no-bid, ten-year contract for all its IT infrastructure to Administration-enemy Jeff Bezos’ Amazon.”

This type of “advocacy” is a first in my 20-plus-year career in federal procurement. It threatens to catapult the business of government squarely into the center of politics. While some argue that companies regularly politick procurements, this generally has been done through professional business channels, sometimes employing congressional interaction, but for the most part remaining within the procurement process. The unspoken gentlemen’s agreement not to overtly employ political means for procurement ends has kept government buying relatively on-track so as not to further delay what everyone agrees is an excessively lengthy process.

If President Trump takes the bait, breaks with tradition, and intercedes in this procurement to sway the selection against a political enemy, or if DoD pulls back the procurement because of a political hailstorm, what’s next?

For those of us in the business of aiding the government to improve and advance procurement systems, this would be a worst-case scenario. Will a presidential administration truly pit itself against U.S. companies? Will so-called advocacy groups be able to blow up major procurements merely by popping up a website and running a tabloid ad playing upon charges of political bias and conspiracy?

Politics in business is not new. Political boycotts have been around since the 1790s, when the British boycotted slave-produced sugar. Salvos between politicians and business have only gotten stronger since the Trump campaign and election. Last summer, Patagonia, a purveyor of outdoor wear and supplies, took aim against Trump’s withdrawal from the 2015 Paris Climate Accord with a statement and opposition campaign. Other companies have publicly opposed the president on a number of fronts. These actions exemplify the American way: protest, petition, politick.

However, the prospect of direct political weaponization of procurement would throw a huge monkey wrench into the functional business of government. In fiscal 2016, our federal government spent $461 billion through contracts. Politicization of procurement introduces the possibility of political and personal vendettas – not to mention innuendo and “fake facts” –affecting the expenditure of billions of taxpayer dollars. It’s a coward’s way out simply to say, “It’s all broken and corrupt anyway.”

Unless, of course, the goal is to cripple the operations of our democratic government. Certainly, there are those who revel in every failure or misdeed and point to them as evidence that our government is broken and incompetent. I won’t catalog here the immense professionalism and patriotism of most of those serving to procure the goods and services our government needs to accomplish what Congress has instructed it to do. Their achievements are not wiped out by the fact that there are always mistakes and failures in every large human endeavor. Always.

We face a real question here: Do we want politics to derail our Department of Defense in purchasing services it arguably should have had a decade ago?

You can criticize U.S. cybersecurity all day long. You can build walls until the cows come home. But if our Department of Defense – not Housing, or Education, or the EPA, our Department of Defense – is stymied by politics in adopting technologies and services to defend its information systems and our nation, then it is fair to ask who the true defenders of our troops, our security and are nation really are. How can we achieve even the most basic governmental missions in this kind of environment?

By nearly all accounts, our Defense and Homeland Security information technology enterprises need and are undergoing significant transformations. These transformations are not optional. To integrate cutting-edge technology – such as artificial intelligence, mobile security, and cloud computing – our agencies must be agile enough to adapt and change and incorporate innovation to ensure we employ the best equipment and tactics available to protect our citizens and economy. These transformations also could result in tremendous cost savings and productivity gains. McKinsey has documented that similar transformations have saved significant amounts for the U.S. and other governments by producing more productivity with the same or better quality.

How long can, or should, the American taxpayers wait for the execution arm of our government to be able to do what Congress instructs them to do? Can we afford the time- and energy-consuming and will-sapping delays that politicizing procurement will cause? Do we want to wage political war over goods and services our Defense or Homeland agencies urgently need? If you say “yes” today, will you still say “yes” when it’s not your guy or gal in the White House?

This is not a defense of Bezos. He and his company will have to suffer the political ramifications of his stands against the president.

This is a call from a Washington, D.C., “swamp person” to all who will listen: Political weaponization of our procurement process is the embodiment of divided we fall. We cannot afford it, nor should we allow it.