EXCLUSIVE – INSIDE JIHAD: Homeland Security Today’s Q&A With a Former Jihadist on Radicalization and Violent Extremism 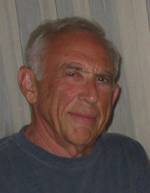 Mubin Shaikh was born and raised in Toronto, Canada. For all intents and purposes, he lived a secular life, attended public school, served in the Canadian military and, like all other young men his age, went to parties, smoked and drank alcohol and was interested in girls. But, as a young child, his parents had insisted he go to an Islamic madrasa school in where he learned to recite, but not understand, the Koran, and was taught with outdated disciplinary techniques that included hitting the children and forcing them into stressful positions for not behaving.

His conservative Muslim family and the madrasa experience created a parallel existence to his secular experiences; creating identity issues that were to play out in his teenage years.

As a teen, Mubin threw a big house party while his parents were out of town—and got caught. The shame of having his whole family of uncles and his parents strongly revile his actions caused him to walk away from his secular self, and in a bid to redeem himself in their eyes, commit deeply to Islam by joining the Tabligh Jamaat, a group that essentially offered him a missionary experience traveling through Pakistan and India for four months spending time in mosques, doing faith-related reading and studying a Hadith about the virtues of believing in Allah. While with the Tabligh Jamaat, Mubin dressed in Islamic robes and pants and grew his beard.

It was while he was in Pakistan that he had a chance encounter with Taliban fighters who he saw as confidence and swashbuckling; brandishing their AK-47s while shouting, “Jihad is how you change the world.” The encounter made a deep impact on Mubin. The experience of which he took back to Canada with him, where he began to see that the Taliban were winning in Afghanistan — by the gun, not “dawah” that is the teaching of the Koran.

As Mubin became more and more impressed by the militant jihadi way of thinking, he gravitated to Canadian extremists who influenced him to traverse further down the jihadi path. He got so deeply caught up in their mindset that he even celebrated the 9/11 attacks and was influenced to seek out the “Great Jihad” by moving to Syria.

It was in Syria where he met more militant jihadis—including the two British Muslims who died in a suicide attack at Mike’s Place, a bar in Tel Aviv, on April 30, 2003, killing three civilians and wounding 50.

He also met other Muslim jihadists who crossed over into Iraq to fight the American coalition. While in Syria, he worked to further his religious studies at a university where he studied Arabic. A particularly caring professor, Sheikh Al Bahar, drew him into discussing jihad. Suddenly, Mubin recalled, he realized that all these years he’d never questioned the ideology and that he may be embracing non-Islamic arguments for violent jihad. The Sheikh took him under his wing and showed him how jihadists took parts of the Quran and twisted them to suit their purposes. Mubin realized he was no longer dedicated to militant jihad, and decided it was time to go home.

Back in Canada, he was met by the Canadian Secret Service, who convinced him to help them fight terror and join a group known as the Toronto 18 as an undercover informant. Mubin contacted the leader and convinced him he would like to join them and help carry out their mission, which was to execute a major terrorist attack in downtown Toronto and storm the Parliament in Ottawa.

Risking everything, he gathered inside information about the group’s plans to detonate truck bombs in downtown Toronto, storm the Parliament buildings and behead the Prime Minister. While undercover, Mubin followed the group and their nefarious plans for a year, always reporting what he’s learned back to security services. Eventually, his undercover word resulted in the Toronto 18 jihadists being arrested just before they were to carry out their attack.

It was because of his experience that Shaikh is considered a primary source for understanding Islamist radicalization. Today, he’s an active trainer of military and security intelligence on violent Islamic extremists. Undercover Jihadi: Inside the Toronto 18 — Al Qaeda Inspired, Homegrown Terrorism in the West, is his biography, written by counterterrorism expert, Dr. Anne Speckhard, who has interviewed over 400 terrorists, extremists and their hostages, family members and close associates. Speckhard captured Mubin’s life, and in a riveting account that reads like a spy novel tells the true story of Mubin’s undercover work that resulted in thwarting what would have been North America’s second major terrorist attack since 9/11.

Senior Contributing Editor Joe Charlaff is a journalist based in Jerusalem. His work has been published in Jane’s Homeland Security Review, Jane’s Defense Weekly and Jane’s International Defence Review. Charlaff also worked for The Jerusalem Post and served in the Israel Defense Force (IDF).