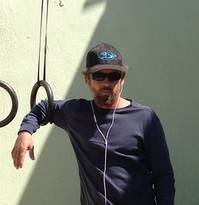 Last week, a new Transportation Security Administration (TSA) warning indicated there’s a “possible” threat – a threat not necessarily aimed at aviation – from Islamic State (ISIS) jihadists. Although no specifics about the “threat” were given in TSA’s warning – which one current Federal Air Marshal said “went out to [air marshals] and TSA employees, but not other government agencies” – TSA stepped-up the use of its Visible Intermodal Prevention and Response (VIPR) teams at various airports around the country, with a concentration in California.

In response to the unspecific warning Friday by TSA, concerns over terrorists’ use of thermite also resurfaced which TSA had expressed concern about in December.

TSA’s warning also ignited concerns over training and guidance given to Federal Air Marshals about how to deal with a thermite incendiary.

It all began in 2011, when the FBI’s Terrorist Explosive Device Analytical Center began testing thermite incendiary devices to assess how they could be used as a weapon against a passenger aircraft. Thermite is a pyrotechnic composition of metal powder, fuel and metal oxide that has been widely used in commercial and military applications which, when ignited, produces an exothermic reaction capable of melting steel.

The thermite testing by the FBI led to the Bureau issuing the classified December 10, 2014 report, Threat Assessment of Viable Incendiary Devices to Passengers and Aircraft, which was forwarded to TSA. TSA’s Office of Intelligence and Analysis regurgitated in typical TSA fashion its own classified report six days later, which was subsequently distributed to Federal Air Marshal Service (FAMS) field offices across the nation.

The 1-page TSA intelligence bulletin said, “The ignition of a thermite-based incendiary device on an aircraft at altitude could result in catastrophic damage and the death of every person on board,” adding, “These devices are easily assembled and concealable; current TSA screening procedures would likely not recognize thermite-based mixtures.”

The bulletin said the “substances” to make homemade thermite “are easily accessible online or contained within widely available over-the-counter products,” and that “the thermite mixture, as well as the ignition source, can be concealed within items such as children’s toys and water canteens –items that would not arouse suspicion as they pass through TSA security screening.”

Although the original classified FBI report and analysis only proposed that the “possibility” existed that thermite could be used as a weapon against commercial aviation, it clearly stated intelligence “does not indicate any extremist interest to target aircraft.”

However remote the possibility this threat may be, TSA admitted they likely couldn’t stop items containing the materials to make thermite past conventional screening methods and being introduced onto an aircraft. TSA also hasn’t provided any training to air marshals on how to identify a thermite “burn,” or even how to extinguish it.

Instead of investing appropriate time to understand thermite reactions or questioning chemists on how to successfully deal with a thermite burn, TSA simply told their air marshal force in its bulletin that they should“recognize a thermite ignition, advise the captain immediately, ensure the individual(s) who ignited the device are rendered inoperable, contain the crowd while systematically evacuating the area of the burn, and address injuries.”

Since the “experts” at TSA weren’t interested in questioning persons intimately familiar with thermite reactions, they would have better served air marshals and passengers by watching a YouTube video on the subject to determine whether it’s even possible passengers could realistically be “systematically” evacuated from “the area of the burn.”

Unfortunately, for passengers, the ignition of thermite on an aircraft in-flight would be so intense, and its ensuing ignition so chaotic, that an air marshal could not reasonably be capable of performing all of the functions TSA requires of them – which are recommendations not based on reality. The TSA bulletin conceded that, “FAMs are trained to extinguish [any] flames immediately and by any means available,” and because of this, “FAMs may attempt to use a liquid-based firefighting agent, resulting in greater harm to the aircraft and its occupants.”

One of the threats against a commercial aircraft that is taught to Federal Air Marshals is the threat of fire. At the air marshal academy, videos are shown to air marshal students which show how an in-flight fire can destroy an aircraft within 90 seconds at cruising altitude.

Although aircraft seats and other flammable materials onboard passenger aircraft are treated with chemical fire retardants, an in-flight fire can quickly turn catastrophic. Despite the potential of this threat, no training is given to FAMs on how to control an in-flight fire beyond using a typical fire extinguisher.

Once again, TSA has shown its immaturity through its inability to base its bulletin and FAMS training on reality. But, fortunately for TSA, the “possibility” of a thermite ignition onboard a commercial aircraft can be used to request more funding to buy more detection equipment and determine “solutions” in order to better train an already TSA-weary air marshal force.

A current air marshal opined on background to Homeland Security Today that TSA is suffering from “a need to justify its existence, and a further need to find reasons to increase its budget.” The air marshal added, “it seemed like every time TSA was up for budgetary funding, we began doing more special mission coverage or VIPR missions.”

The evidence seems to suggest TSA will continue feeding the US population with a fear campaign at every opportunity, however unfounded their messages may be. It becomes quickly apparent that TSA is suffering from the chronic symptoms of “budget-ISIS.”

TSA said, “all air travelers are subject to a robust security system that employs multiple layers of security, both seen and unseen, including: intelligence gathering and analysis, cross-checking passenger manifests against watchlists, thorough screening at checkpoints, random canine team screening at airports, reinforced cockpit doors, Federal Air Marshals, armed pilots and a vigilant public. In combination, these layers provide enhanced security creating a much stronger and protected transportation system for the traveling public.”

TSA also “continually assesses and evaluates the current threat environment and will adjust security measures as necessary to ensure the highest levels of aviation security without unnecessary disruption to travelers,” the agency said in a statement.

Clay Biles served as a Federal Air Marshal and instructor from 2008-2013. Hewas awarded the Distinguished Honor Graduate Award in 2008 upon graduation from FAMS training, and was later commended for his role as the lead firearms instructor for the San Francisco Field Office. He’s also a former Navy SEAL and State Department contractor for high risk protection operations. Biles wrote, The Secret World of Air Marshals, in the October, 2013 issue of Homeland Security Today, which generated considerable internal FAMS controversy. His book, Unsecure Skies, was published last summer.