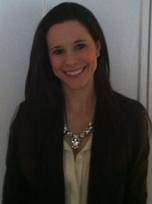 Although federal IT managers recognize the need to modernize in light of numerous recent reports finding legacy technology insecure, outdated and costly, federal agencies continue to lag behind in their application modernization efforts, according to a recent report by MeriTalk, a public-private partnership focused on improving the outcomes of government IT.

The new report, Future Ready Applications: The Modern Legacy, sponsored by Accenture Federal Services, is based on an online survey of 150 federal IT managers familiar with their agency’s applications portfolio in September 2015.

“The Federal government is running legacy systems from the 60’s, 70’s, 80’s, and 90’s, which many feds find outdated, inefficient, and difficult to fix. However, if they take a deeper look into their legacy applications, they will realize that implementing the right modernization strategy can truly uncover unrealized potential,” said David Hantman, general manager, MeriTalk. “The clock is ticking, the time to modernize is now.”

Legacy applications have not kept up with agency needs, causing federal IT managers to fear their agencies may become vulnerable to security beaches. Respondents also expressed concerns that failure to modernize will cause performance issues, as well as increased downtime and service disruptions. Additionally, 62 percent say if they do not modernize their legacy applications, mission-critical capabilities will be threatened.

The survey discovered agencies are delaying the modernization process due to risks, failure to execute, and the overwhelming amount of options.

Although agencies have been slow to modernize applications so far, two out of three respondents say application modernization efforts at their agency will increase in the next 18 months. The most commonly considered solutions include moving software applications to different technology platforms, evolving existing applications into a modern architecture, and improving the application for needed uses without changing its original architecture.

“Old does not mean outdated," the report noted.