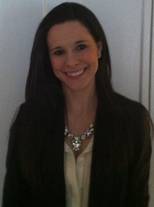 The vehicle fleet of the Federal Protective Service (FPS), which provides security and law enforcement services to US federal buildings, has not been managed effectively, potentially costing the Department of Homeland Security (DHS) $2.5 million in FY 2014, according to a recent DHS Inspector General (IG) audit report.

FPS has a fleet of 1,169 vehicles, most of which are sport utility vehicles (SUVs), which cost the agency $10.7 million to lease last year. Most of the vehicles are leased through an agreement with the General Services Administration. The federal watchdog revealed that FPS had 101 more law enforcement vehicles than officers last year.

The IG also questioned FPS’ decision to lease larger vehicles than necessary. According to the report, FPS’s fleet consists of 1,059 SUVS — 93 percent of its total fleet—even though the National Protection and Programs Directorate Fleet Manual states that midsize sedan is the preferred vehicle, and an SUV only an exception.

FPS explained that the agency chose SUVs based on the vehicles’ ability to store large law enforcement equipment, such as a rifle, riot gear and biochemical protective suit. But the investigators determined that standard law enforcement gear can be stored in a midsized sedan.

A law enforcement SUV costs on average $1200 more annually than a sedan. Consequently, if sedans had been used instead of SUVs, FPS could have saved more than $1.1 million annually.

“Although the department allows exceptions, FPS did not formally validate its need for larger vehicles to meet mission requirements,” the IG’s audit report stated.

Furthermore, FPS could not justify the need for the purchases of discretionary law enforcement equipment, including bike racks, rechargeable flashlights and wireless security system. Standard vehicles come with a security package of lights, sirens, and prisoner cages. The discretionary items increased the cost of each standard vehicle package from $12,000 to $20,000, depending on the package.

In addition, 142 officers in the National Capitol Region 11 — which includes the District of Columbia and parts of Virginia and Maryland — racked up 1.2 million self-reported Home-to-Work (HtW) miles in FY 2014, costing the agency on average about $300,000 per year.

“To ensure it has the optimal fleet necessary to meet its mission, FPS needs to develop and use a sound methodology instead of making ad hoc, undocumented decisions,” IG auditors concluded. “Without better oversight and accurate data, FPS cannot ensure it is effectively managing its fleet, and it is also missing opportunities to identify cost savings.”

DHS concurred with the IG’s recommendations and has implemented corrective actions to improve each area addressed in the audit.

“The department remains committed to effectively managing its vehicle fleet and controlling associated costs while meeting mission requirements,” DHS said in a statement.