Feds Warn About Use of Encryption by Jihadi Groups; Tech Firms Object to Any Encryption Restrictions 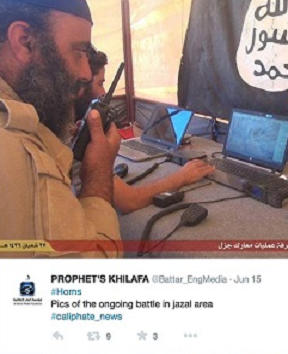 Asthe public and congressional debate over the National Security Administration’s (NSA) collection of data under the Patriot Act has raged, so, too, have officials’ concerns over terrorists’ increasing use of sophisticated encryption technology.

At a House Committee on Homeland Security hearing earlier this month, chairman Michael McCaul (R-Texas) stated, “Jihadi recruiters are mastering the ability to monitor, and prey upon, Western youth susceptible to the twisted message of Islamist terror. They seek out curious users who have questions about Islam or want to know what life is like in the so-called Islamic State. They engage, establish bonds of trust, and assess the commitment of their potential recruits.”

And, “From there,” he said, “extremists direct users to continue the conversation on more secure apps, where secure communication hides their messages from our intelligence agencies. Such communications can include advice for traveling to terror safe havens, contact information for smugglers in Turkey, or the membership process for joining ISIS itself.”

Continuing, McCaul said, “I know the officials appearing before us today are disturbed by these trends. Mobile apps like Kik and WhatsApp—as well as data-destroying apps like Wickr and Surespot—are allowing extremists to communicate outside of the view of law enforcement. Equally as worrisome are ISIS attempts to use the ‘Dark’ or ‘Deep Web.’”

“These websites hide IP addresses and cannot be reached by search engines, giving terrorists another covert means by which they can recruit fighters, share intelligence, raise funds and potentially plot and direct attacks undetected,” McCaul stated, noting that, “ISIS tailors its message for specific audiences around the globe and, in doing so, projects power far beyond its growing safe havens by amplifying its battlefield successes and winning over new converts across the world. Its media sophistication helps legitimize its self-proclaimed Caliphate and its perverse interpretation of Islam.”

Nevertheless, “On May 19, 2015, a letter signed by technology industry leaders and advocacy organizations was sent to President Obama; the letter responding to statements by administration officials who, it said, had ‘suggested that American companies should refrain from providing any products that are secured by encryption unless those companies also weaken their security in order to maintain the capability to decrypt their customers’ data at the government’s request,’ and that ‘Congress should ban such products or mandate such capabilities,’” the Middle East Media Research Institute (MEMRI) said in a new report on communications encryption technology now widely being used by Islamist jihadists.

Continuing, MEMRI noted that, “The signatories – among them many of the social media companies used and relied on by ISIS, Al Qaeda, and other jihadi groups – urged Obama to reject any proposal that US companies deliberately weaken the security of their products; they included Google, Twitter, Facebook, Internet Archive, Microsoft, Apple, Dropbox, LinkedIn, Tumblr, Wikimedia Foundation and Yahoo, as well as the American Civil Liberties Union, the Council on American-Islamic Relations and the American-Arab Anti-Discrimination Committee.”

Ironically, the tech industry’s letter stated, “Strong encryption is the cornerstone of the modern information economy’s security. Encryption protects billions of people every day against countless threats—be they street criminals trying to steal our phones and laptops, computer criminals trying to defraud us, corporate spies trying to obtain our companies’ most valuable trade secrets, repressive governments trying to stifle dissent, or foreign intelligence agencies trying to compromise our and our allies’ most sensitive national security secrets.”

The following day, FBI Director James Comey, in addressing the third annual Georgetown Cybersecurity Law Institute symposium, called the letter "depressing," because it "contains no acknowledgement that there are societal costs to universal encryption." Comey said he deals every day where "cyber and counterterrorism merge,” and discussed the potential consequences to law enforcement of the default encryption of communications on mobile devices and computers.

"The logic of universal encryption is inexorable that our authority under the Fourth Amendment … is going to become increasingly irrelevant," Comey stated.

Earlier in May, US Cyber Command head and NSA director Adm. Michael S. Rogers said in response to a question about jihadis’ use of encryption that, "A whole set of actors out there is increasingly using encryption as a vehicle to attempt to evade the legal and lawful framework we use both from an intelligence framework, as well as from the law enforcement side."

On June 19, though, White House Press Secretary Josh Earnest stated, “The administration firmly supports the development and robust adoption of strong encryption. The President himself has acknowledged that it can be a strong tool to secure commerce and trade, safeguard private information, and promote free expression and association. At the same time, we’re also understandably concerned about the use of encryption by terrorists and other criminals to conceal and enable crimes and malicious activity.”

“In 2007, MEMRI’s Jihad and Terrorism Threat Monitor Project began monitoring Al Qaeda’s use of encryption technology,” MEMRI Executive Director Steve Stalinsky told Homeland Security Today. “At the time, this was limited to its own software, Mujahideen Secrets, which has been updated periodically over the past eight years. Osama bin Laden even realized the value of encryption technology for Al Qaeda and recommended its use, as was recently disclosed in the documents [taken from Bin Laden’s Abbottabad, Pakistan home when he was finally killed]. Mujahideen Secrets remained in widespread use among jihadis; from 2010-2013 it gained popularity among Western jihadis, as it was advertised in every issue of Al Qaeda in the Arabian Peninsula’s (AQAP’s’) English-language Inspire magazine.”

“Since then," Stalinsky continued, particularly with the emergence of ISIS, jihadis have both increased their use of encryption technology, moving from Mujahideen Secrets to other software and messaging options, and become more reliant upon it. This phenomenon, combined with these groups’ expanding use of largely US-based social media such as Twitter, has evolved into a substantial national security threat, as MEMRI’s new report on the encryption technology “embraced by ISIS, Al Qaeda and other Jihadis.”

“With increased dependence on apps and software,” he said, “ISIS and its online legions of supporters on Twitter are now openly promoting the next generation of encryption and privacy apps – Kik, Surespot, Telegram, Wickr, Detekt, TOR, and new ones as they are created.”

Stalinsky also said, “Jihadis have enjoyed the debate taking place between the US government and technology companies, from Apple and Android to Twitter and Yahoo, who are in the process of creating new encryption technology that will not allow built-in backdoor access, and therefore they are hoping this will mean there is less chance their conversations will be listened to. As one pro-ISIS activist cited in the new report, ‘Jihadi John’ (@Islammujahideen) tweeted, ‘The NSA revelations are of extreme academic value, they are really useful and we do operate in accordance with their uncoverings.’”

“In previous reports, MEMRI highlighted how Al Qaeda as well as ISIS were relying heavily on jihadis’ own encryption software,” the latest MEMRI report stated. Since then, however … distribution of this software among jihadis has slowed, and reliance on new Western social media apps, particularly encrypted ones, has increased.”

“Since its beginnings, ISIS has embraced technology and has used encryption, incorporating these as part of its daily activity and actively recruiting individuals with skills in these areas,” the new MEMRI report said. “For example, in an interview published June 4, 2015, a former computer science student from Madagascar spoke about his conversion to Islam and his decision to join ISIS: ‘I was studying computer science in Antananarivo University and met some brothers from India who were Muslims … After reading the Koran and the Sirah i.e. biography of Prophet Mohammad, I came to this conclusion that the Islamic State have the true methodology and truth … I decided to join Islamic State Caliphate … Now I am asked by Ameer Abu Qubaisa Al Anbari to join the IT department because I have degree in BCS.’”