Prior to joining FEMA, Ms. Kennedy spent over four years working in Washington, D.C., for the National Congress of American Indians. 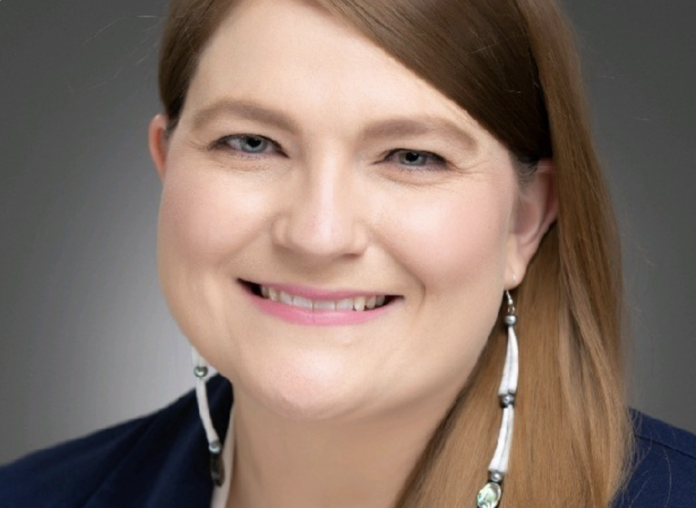 As the first tribal political appointee in FEMA history, Kennedy will advise the Administrator and the agency on Tribal Affairs, while working to ensure that FEMA lives up to its treaty and trust responsibilities to Tribal Nations.

“Tribal Nations and communities deserve to have their voices heard, especially when it comes to preparing for, responding to and recovering from disasters. I am confident that Ms. Kennedy will be a key advocate for Indian Country given her extensive experience representing their interests and priorities, as well as her lived experience as a citizen of the Choctaw Nation of Oklahoma,” said Administrator Criswell. “Ms. Kennedy has spent her career working on issues related to tribal emergency management and resilience, homeland security, and public safety. FEMA and the Biden-Harris Administration will benefit greatly from her compassion and competence.”

Prior to joining FEMA, Ms. Kennedy spent over four years working in Washington, D.C., for the National Congress of American Indians (NCAI) as the Policy Manager and Policy Lead for National Security and Community Safety. In her role with NCAI, she worked on national policy issues surrounding tribal emergency management and resilience, tribal homeland security, tribal border issues, violence against American Indian and Alaska Native women, public safety and justice, Missing and Murdered Indigenous Women and international Indigenous rights. Ms. Kennedy was pivotal in the effort to reauthorize the Violence Against Women Act earlier this year, which restored Tribal Nation’s criminal jurisdiction over certain crimes.

“I am honored to be the first tribal political appointee in FEMA history and will work hard to ensure that Tribal Nations and tribal sovereignty are at the forefront of our efforts,” said Kennedy, FEMA National Tribal Affairs Advocate and Citizen of the Choctaw Nation of Oklahoma. “Growing up on my Tribal Nation’s reservation in Southeastern Oklahoma, I learned firsthand that Tribal Nations are the first — and many times the only — line of defense when disaster strikes Indian Country. When Tribal Nations have the necessary resources and support they need, the entire community is better prepared and able to respond to disasters.”

“Kelbie’s commitment to Indian Country and all Tribal Nations is next to none. Over the course of her illustrious career, she has helped ensure that Tribal Nations have a seat at the table, and her appointment to serve as the first National Tribal Affairs Advocate is a continuation of that noble effort,” said Chief Gary Batton, Choctaw Nation of Oklahoma. “We are so proud of everything Kelbie has done and will continue to do on behalf of Indian Country, and we look forward to seeing her continued efforts to make sure that Indian Country is ready when disaster strikes.”

Kelbie Kennedy is a citizen of the Choctaw Nation of Oklahoma and was born and raised on her Tribal Nation’s reservation in Southeast Oklahoma. She received her J.D. and certificate in American Indian Law from the University of Oklahoma, College of Law.