The chemicals responsible are a group of fluorinated compounds called per- and polyfluoroalkyl substances commonly referred to as PFAS. 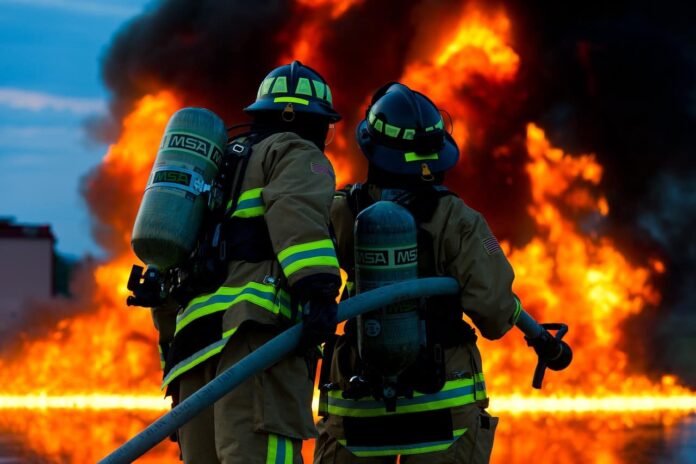 The International Association of Fire Fighters (IAFF) and the Metropolitan Fire Chiefs Association (Metro Chiefs) released a joint statement PDF warning firefighters that synthetic chemicals in their protective gear are associated with various health risks, including an increased risk of liver and kidney cancer.

The chemicals responsible are a group of fluorinated compounds called per- and polyfluoroalkyl substances commonly referred to as PFAS. They are used in firefighter turnout gear to increase its ability to repel oil and water.

Although the IAFF and Metro Chiefs’ joint statement advises firefighters to reduce their exposure to PFAS by only using protective gear when necessary, it also emphasizes that wearing all personal protective equipment and self-contained breathing apparatus during firefighting, overhaul and while working in smoke is still the best first line of defense for limiting exposures to fireground contaminants.

Due to mounting evidence of the health and environmental risks, the Environmental Protection Agency (EPA) has increased regulations limiting permissible uses of PFAS. Because of these EPA actions, more PFAS-free products should be produced. The IAFF and Metro Chiefs advise fire departments to replace current gear with equivalent PFAS-free gear when it becomes available.