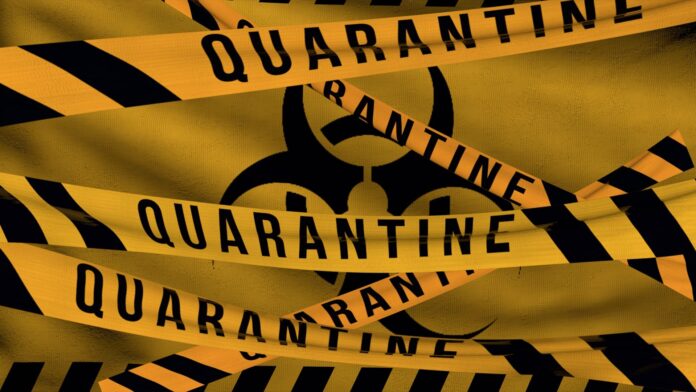 In response to the 2001 anthrax attack, the Department of Homeland Security (DHS) initiated the BioWatch program to provide early warning of similar terrorist attacks.

A prior effort to upgrade the BioWatch system – known as Biological Detection for the 21st Century or BD21 – proposed using sensors that couldn’t distinguish particles like pollen or dust from dangerous agents, thereby causing false alarms. In 2019, the House Science and Technology Committee called for the new program to be shut down, citing tests that found that the technology to be relied on by BD21 detected viral material simulating smallpox or other deadly viruses that could be weaponized in just eight of 168 attempts, a success rate of less than 5%.

And in March this year, a somewhat damning report from the Office of Inspector General (OIG) said the United States is at risk of a bioterrorism attack going undetected because of BioWatch shortcomings including information sharing challenges and equipment security issues. Following OIG’s investigation, DHS said it would have the Los Alamos National Laboratory conduct a new assessment to assist BioWatch with optimizing its defense against bioterrorism. The estimated completion date for this is September 30, 2021.

Given BioWatch’s gaps in performance and nationwide coverage, time is of the essence for the BD21 upgrade. The impact that COVID-19 has had across the world will also not have gone unnoticed by terrorist groups, making an effective defense not only crucial but urgent.

The latest BD21 efforts aim to improve results by using new technology – such as machine learning – to counter the failings seen in earlier tests. But the BD21 program is still early in the acquisition lifecycle and DHS has not yet selected the technologies to be used. The Government Accountability Office has conducted a review to assess technical maturity and determine whether DHS could benefit from additional guidance as the program develops.

GAO found that DHS is following the agency’s acquisition policy and guidance for BD21. Today, the program is intended to combine various technologies, such as biological sensors, data analytics, anomaly detection tools, collectors, and field screening devices to enable timelier and more efficient detection of an aerosolized attack involving a biological agent than the current biodetection system. Potential technologies are still being analyzed to demonstrate that certain components of the overall concept are feasible, such as an anomaly detection algorithm.

GAO found that BD21 faces technical challenges due to inherent limitations in the technologies and uncertainties with combining technologies for use in biodetection. For example, biological aerosol sensors that monitor the air are to provide data on biological material in the environment, but common environmental material such as pollen, soil, and diesel exhaust can emit a signal in the same range as a biological threat agent, thereby increasing false alarm rates. Program officials told GAO that the risk of false alarms produced by biological sensor technologies could be reduced by using an anomaly detection algorithm in addition to the sensor. However, GAO notd in its May 20 report that it is too early to determine whether integration of an anomaly detection algorithm will successfully mitigate the false alarm rate. Specifically because the algorithms have never been developed and used for the purpose of biodetection in an urban, civilian environment.

In 2020, DHS issued a technology readiness assessments (TRA) guide but GAO said it lacked detailed information about how the department will ensure objectivity and independence, among other important best practices.

GAO’s report makes three recommendations. First, that DHS should ensure the BD21 program office clarifies in its acquisition documentation before the Acquisition Decision Event (ADE) 2A decision point the intention of the situational awareness and common operating picture capability identified as a gap, including the specific functionality, sources of information, and distinction from existing common operating picture functions at DHS.

DHS concurred and stated that the operational requirements document, which will be prepared in advance of ADE 2A will capture what the BD21 system needs to accomplish from an operational standpoint to meet the stated mission need. DHS said that further clarification and translating of those requirements will happen after ADE 2A. DHS estimated it will complete work to meet the recommendation by April 29, 2022.

DHS again concurred and said its guide, promulgated by Science and Technology’s Office of Science and Engineering on November 4, 2020, incorporates lessons learned from the Department of Defense, National Aeronautics and Space Administration, Veterans Affairs, Federal Aviation Administration, and GAO. However, GAO countered that DHS’s guide does not fully implement all of the best practices that the watchdog has identified as important. For example, DHS’s guide does not discuss how it will ensure the TRA team is independent and objective.

Finally, GAO said DHS should ensure the BD21 program conducts high-quality TRAs of all critical technologies for BD21 before the ADE 2A decision and before the ADE 2B decision (including a TRA of the overall system level interaction with the anomaly detection algorithm), in accordance with GAO’s TRA best practice guide.

DHS also concurred with this recommendation and responded that the Johns Hopkins University Applied Physics Laboratory in conjunction with DHS Science & Technology will conduct a TRA prior to ADE 2A. Further it said the program will also conduct another TRA on system developer-proposed solutions as part of the Preliminary Design Review prior to ADE 2B. DHS anticipates these activities will take place in the first quarter of FY 2022 and the first quarter of FY 2023, respectively.