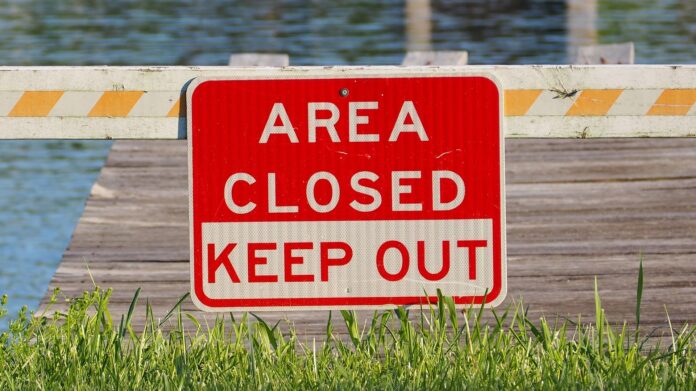 The Government Accountability Office (GAO) has examined federal fiscal exposure under the Terrorism Risk Insurance Act (TRIA) and published its findings in a new report.

Congress enacted TRIA to help ensure the availability and affordability of commercial property/casualty insurance for terrorism risk and to address potential effects on the economy in the absence of such coverage. One purpose of TRIA is to stabilize the market following a terrorist event.

Under the TRIA program, which is set to expire December 31, 2027, the government and insurers share losses following a certified act of terrorism.

TRIA creates explicit fiscal exposure because the government is legally required to make payments to insurers after such an event, but there also may be some implicit exposure from an expectation of federal spending.

According to GAO, TRIA reauthorizations through 2015 have decreased federal fiscal exposure, and insurers have adjusted by managing their increased risk.

Changes in the TRIA program that Treasury administers—particularly incremental changes since 2015—reduced the government’s explicit fiscal exposure from a certified act of terrorism. For example, by increasing the program trigger—minimum amount of industry-insured losses needed to activate the program—Congress potentially reduced the number of events that qualify for federal payments.

As explicit federal fiscal exposure has decreased, insurer exposure has increased. Nevertheless, the market for terrorism risk has remained stable. However, GAO’s review found that some insurers are uncertain how Treasury defines insured losses for the purposes of calculating whether the program’s $200 million trigger or $100 billion cap have been reached. For example, some insurers interpreted insured losses to include the portion of losses policyholders retain, which was different from Treasury’s interpretation.

GAO notes that the government also has implicit fiscal exposure following a terrorist event, arising from expectations based on current policy or past practices that it may provide assistance, even when it is not legally required to do so. Although the government may not act on these expectations, the government’s implicit exposure might become explicit if it:

The Director of the Federal Insurance Office at Treasury agreed with GAO’s recommendation to communicate to insurers in writing how it would utilize policyholder retention amounts in calculating “insurance losses” and “insured losses” in determining the program certification threshold, trigger, and cap, as applicable. Treasury added it will “work to implement it in the coming months”.

In a second report regarding TRIA, GAO found the majority of commercial policyholders generally purchased terrorism risk insurance in recent years and says the insurance market would be “significantly disrupted” without a loss-sharing program such as that established under TRIA.

The watchdog adds that insurers generally would not have to offer terrorism risk coverage and likely would charge higher premiums in the absence of a loss-sharing arrangement and cap on losses. Further, without access to affordable coverage, new building ventures could be delayed and employers could struggle to find affordable workers’ compensation coverage.

As with GAO’s first TRIA report, some industry stakeholders, such as insurers and representatives of insurer associations, raised issues about confusion. In particular, they cited confusion over why the 2013 Boston Marathon bombing was not certified when they clearly viewed it as a terrorist attack. These industry stakeholders also expressed concern that Treasury never communicated whether it was reviewing the event for certification or its reasons for not certifying it. Most insurers GAO interviewed said such lack of communication by Treasury again could lead to uncertainty about whether to pay claims, putting them at risk of violating state laws and their policyholder agreements.

One step in determining when to certify an event is Treasury’s consultation with offices in the Department of Homeland Security (DHS) and Department of Justice (DOJ) to obtain law enforcement, intelligence, and homeland security information. However, GAO found that DHS had a different understanding of its role in this staff consultation process, and Treasury had not documented agreements with either agency.

Once an event is certified as an act of terrorism, Treasury has a process for fulfilling claims that uses a web-based system developed and operated by a contractor. As of February 2020, the system had not yet been used because Treasury had not certified any acts of terrorism or paid claims under the program.

GAO made three recommendations in this report. First, that the Director of the Federal Insurance Office should publicly communicate information about when it is considering certifying an event as an act of terrorism under TRIA. Treasury responded that it will consider potential changes to the certification process in conjunction with the results of the review by the Advisory Committee on Risk-Sharing Mechanisms of certification procedures (due in spring 2020).

In response to the second and third recommendations, that the Director of the Federal Insurance Office should document agreements with DHS and DOJ about their roles and how they share information, Treasury said it will “further coordinate with DOJ and DHS on their respective roles and evaluate any additional steps to clarify their roles in investigating potential events”.

Coverage against pandemics could be crucial as retailers seek to renew leases, invest in real estate, order inventory, plan for capital improvements and hire or re-hire workers in coming months.

NRF and 16 other business organizations sent a letter to Congress endorsing the Pandemic Risk Insurance Act, which Representative Carolyn Maloney, D-N.Y., a senior member of the House Finance Services Committee, plans to introduce soon. A similar bill is planned by Housing, Community Development and Insurance Subcommittee Chairman William Lacy Clay, D-Mo. Backed by committee Chairwoman Maxine Waters, D-Calif., and developed with input from NRF, the legislation is modeled on TRIA.

The new measure would require that insurance companies offer policies that cover pandemics but would create a federal backstop program that would reimburse insurers when claims related to a pandemic or epidemic exceed $250 million nationwide.

Covered businesses would have to demonstrate that they had suffered significant business interruption with a sharp decline in revenue. Coverage would also be required for large gatherings, ranging from sporting events to concerts to conventions, that are canceled. The program would cover only future pandemics, not claims from the current pandemic, and would be capped at $500 billion.