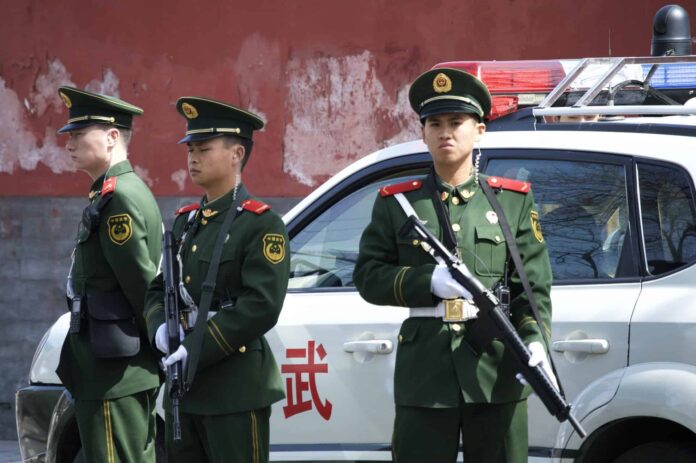 The House Homeland Security Committee passed nine bills out of committee during a bill markup on Tuesday.

One of the bills “establishes a @DHSgov Joint Task Force to prohibit opioids from entering the U.S.,” the committee tweeted. “Drugs like these have been fueling the epidemic that is plaguing our country.”

In addition to the joint task force, the committee passed a resolution that would direct Secretary of Homeland Security Kirstjen Nielsen to provide the House of Representatives with documents related to cybersecurity threats posed by the Chinese telecommunications company ZTE.

The resolution, sponsored by Ranking Member Bennie Thompson (D-Miss.), came amid reports from Reuters that ZTE signed a preliminary agreement to lift a Department of Commerce ban on buying from U.S. suppliers. Trump announced last month in a tweet that he was working with Chinese President Xi Jinping to loosen the restrictions that effectively shuttered the company from doing business.

The deal includes a $1 billion fine against ZTE in exchange for Commerce lifting its sanctions against the company.

Trump’s announcement that he would work to lift the sanctions caused many lawmakers to raise national security concerns based on ZTE’s past behavior.

Thompson’s bill would require Nielsen to submit any documentation possessed by DHS relating to cybersecurity threats posed by ZTE. Nielsen would have to submit documents within two weeks of the bill’s passage.

Along with the eight others passed out of committee, Thompson’s bill will now move to the House of Representatives for a vote.