How Does a Contractor Get Through the Mid-Tier Door – and Stay There? 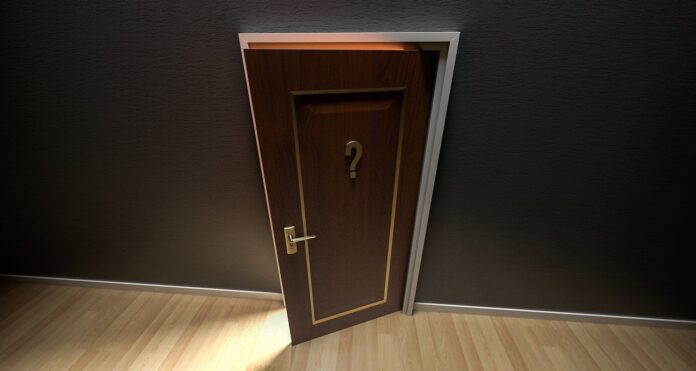 A GAO official said the agency’s recent report on the contract gap suffered by many small businesses that graduate to the mid-tier reflects a need for solutions to ensure that the system works for growing companies.

“There are a lot of questions that are raised about how the solicitations have changed over time – the landscape has changed a lot,” William Shear, director of Financial Markets and Community Investment at the Government Accountability Office, told Government Technology & Services Coalition Lion’s Den members on a recent call.

The August GAO report, which was the result of a bipartisan request from the House Small Business Committee, included no legislative recommendations, but offered suggestions under the categories of (1) establishing a set-aside for mid-sized businesses, (2) modifying the rules for multiple-award contracts, (3) changing how past performance is considered when evaluating bid proposals, and (4) modifying SBA’s size standards.

“The options tend to involve trade-offs,” Shear acknowledged, adding, “In this case we view it more as informing … not one solution better than another.”

Shear noted that there was “minimal data available on firms that grow to mid-size,” and “testimonial evidence tends to be anecdotal in nature.”

Defining a mid-sized businesses as having up to five times the revenue or employees as a standard small business (using multipliers from Small Business Administration standards), the GAO looked at 5,339 small businesses that were awarded set-aside contracts in 2008 and also received any kind of federal contract in 2013. Just 104 of the small businesses had grown to mid-sized by that point and continued to receive contracts.

“Of those 104 businesses, 23 remained mid-sized through 2017 and won 75 contracts. Another three businesses became large and won six contracts,” the report stated.

GAO studied data from the Federal Procurement Data System-Next Generation (FPDS-NG) for fiscal years 2008 through 2017 and reviewed the Federal Acquisition Regulation (FAR) as well as SBA documents related to its mentor-protégé programs to include mid-sized businesses that won set-aside contracts through joint ventures with small businesses.

GAO then got recommendations from 11 individuals or organizations – including GTSC – representing trade associations, contractors, researchers, and federal agencies to gain “important perspectives.”

“A very small percentage of small businesses grew to mid-sized and continued to receive any kind of contract,” Shear said. “…In a very basic way, it’s one of the most important things we found.”

“We have been working with our members who are approaching, or have achieved, ‘other than small’ status with information, capacity building, and strategy sessions so that they prepare for the transition and ultimately succeed in the free and open market,” she said. “Traditionally, many of the mid-tiers turn around and decide there are too many small business set-asides. Our Lion’s Den is working on helping them become more like systems integrators and developing partnerships with the qualified and talented small businesses in the Coalition.”

When GTSC was founded in 2011, Tanasichuk said she knew that “our good small companies would eventually grow and become ‘mid,’ so we created the Lion’s Den for the companies approaching the transition, and for those who have achieved it.”

“We have also worked with the Department of Homeland Security to brief contracting officers on the challenges of mid-tier contracting,” she continued. “We learned numerous important challenges from them when considering, or actually not considering, contractors of this size: 1) given there is no set-aside category for ‘mid-tier,’ most contracting officers do not think about them as a category; 2) there is perceived risk associated with selecting a mid-tier; and 3) there is little name recognition for most mid-tier companies. All of these factors hurt mid-tier opportunities to win contracts.”

Tanasichuk said the best approach to confront the conundrum “is to tackle these issues head-on — raise awareness and recognition of the success and contributions of great mid-tier companies, increase their visibility and brand awareness, and provide a place for them to connect with other mid-tier companies and small businesses with proven track records and niche expertise.”

In a 2017 study, Trevor Brown, dean of the John Glenn College of Public Affairs at Ohio State University, and OSU associate professor and Director of Washington Studies Amanda Girth examined the effects of set-asides when it comes to competition for small and mid-tier businesses, and found that those making a “lasting transition” to the mid-tier tended to be younger and have more corporate relationships but fewer set-aside contracts. They noted it’s a “strategic decision” to stay small or jump into the mid-tier, and “firms that jump tend to be focused on profit growth.”

Ultimately, companies they studied that made the jump and survived in the mid-tier were buoyed by diversity of agencies, diversity of products and services, trusted industry partnerships, and making “significant internal infrastructure investments” before the leap.

In response to the GAO report, the Small Business Administration “made the larger point that they believe any option to help mid-sized businesses would hurt small businesses,” according to the report, and opined that “a formal study should be performed to establish a baseline definition of a mid-sized business.”

Asked about SBA’s reaction to the review, Shear noted that “different people react differently to the idea of GAO coming in and taking a look at something,” but, overall, “I think we have a fair amount of constructive engagement with SBA.”

Shear also said he can’t predict what stakeholders will do with the report. “At least the members and staff at [House Small Business] are thinking about whether legislation would be appropriate in dealing with some of these issues,” he said.

“Sometimes we’re better at identifying questions than coming up with answers,” Shear added, stressing that it’s “telling” only 104 companies made it to the mid-tier and continued to receive contracts. “Based on the analysis we did, it’s a small number.”

“For each one, there will be a story about why a company stayed small despite getting federal procurement contracts that won’t be in our report… there are a lot of issues going on with category management and the changing landscape.”