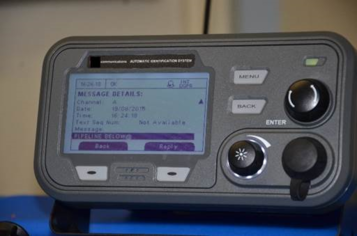 The Coastal and Marine Operators (CAMO) group has successfully completed the first step in rolling out a major initiative to protect the safety of mariners, the environment and hydrocarbon pipelines from being damaged.

“Pipeline protection is increasingly important, with the typical incident costing an average of at least $1 million to repair, not counting the incalculable costs of injury, death, or environmental impact,” said Ed Landgraf, director of CAMO. “This AIS-based safety broadcasting system culminates several years of hard work on a solution that enables vessel and pipeline operators to collaborate on protecting mariners from the risk of pipeline strikes. The system makes it easier for mariners to know where and when to take protective measures as they transit or operate near submerged pipelines, and we look forward to a successful roll-out here and in other ports nationwide.”

The first phase of CAMO’s AIS-based pipeline damage prevention and awareness program was launched in partnership with the Greater Lafourche Port Commission (Port Fourchon) and Oceaneering, a global provider of engineered services and products primarily to the offshore oil and gas industry.

Oceaneering’s PortVision AIS-based vessel-tracking service is being used to monitor vessel activities in the two charted pipeline corridors north and south of Port Fourchon that pass under its main navigable channel.  When the PortVision service detects a vessel operating at a speed less than 0.5 knots for three minutes or more within one of these corridors, an addressed, one-time AIS Safety Related Message (also known as message 12) is immediately transmitted directly to the vessel’s wheelhouse that says, “PIPELINE BELOW.”

Depending on the equipment installed on the receiving vessel and its equipment configuration, there may be visual and audible variations in how the AIS safety alert is received. Mariners capable of receiving and displaying the CAMO AIS messages are encouraged to provide feedback and report any anomalies to Oceaneering, Global Data Solutions support at portvisionsupport@oceaneering.com or by calling 713-396-8644.

CAMO was developed with a goal to diminish the gap between onshore and offshore spills, releases and pipeline damage prevention initiatives. A key component of the group’s mission is to educate marine stakeholders and the public about the risks that damage to offshore utilities and pipelines can pose to personal safety and the environment. Although pipeline operators have vigorous inspection and maintenance programs to insure the integrity of their assets, the risk of third-party damage to a pipeline is a continual threat.

The transmission of AIS safety messages has been approved by the Federal Communications Commission and Coast Guard as part of the experimental AIS transmission. The safety message transmission will be operational for 250 days following the Coast Guard’s notification to mariners issued earlier this month. A decision about continuing the transmission will be made after an assessment of how well it has increased vessel operator awareness of subsea infrastructure while reducing the threat of pipeline damage when vessels stop, anchor, drop a spud, or push aground inside one of the designated corridors.