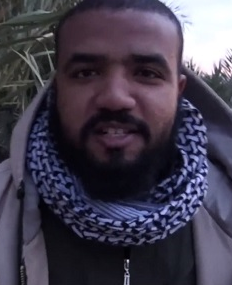 A Tunisian who lived in the US, Abu Muqatil Al Tunisi, claimed in a recently released video that he became radicalized while living in the US and left to join the Islamic State (ISIS) fighting in Iraq.

He made the claim in the video, "Fighting Will," released August 9, 2016 by the media office of ISIS in which Al Tunisi was featured.

Believed to have carried out a suicide operation, Al Tunisi explained in the video that, "I met my Tunisian friend in a restaurant where we spent two hours, and then [together we] went to the house of another friend. While we were sitting there, the tyrant’s police came and took us to prison. [The time I spent there] was the time during which I knew Abu Amnah Al Tunisi the best. We got to know each other well and became [like] brothers."

"Glorified be Allah,” he stated, “after we were released from prison, we remained like brothers. He repented, was guided by Allah [to the right path], and joined ISIS. At the same time, I was allured [by the material world] and went to the land of unbelief, the United States. I repented [while living] in the land of unbelief, the US, and when I [decided] to join ISIS, I left from there."

“Next in the video,” said the Middle East Media Research Institute (MEMRI), “Al Tunisi expressed his desire to carry out a suicide operation, describing such operations as the ‘most rewarding deed,’ and saying, ‘The most rewarding deed is jihad and the most rewarding jihad is martyrdom operations. I ask Allah to accept me [as a martyr] to meet with my friend in the highest levels of Paradise where my castle be next to his castle. This is the story of me and Abu Amnah Al Tunisi.’"

“Following that,” MEMRI reported, “Al Tunish gives his last will and testament, thanking Allah for allowing him to be a fighter and urging his fellow fighters to fear Allah and to consider also carrying out suicide operations. He concluded with a message to the ‘brothers in Tunisis … I ask Allah that the day in which you make hijra to the Islamic State comes.’”