Israel’s Airport Security: A Model for Europe after Brussels Attacks 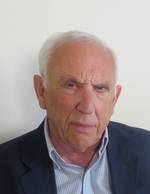 In the wake of the deadly terrorist attack on Brussels Zaventem airport on the morning of March 22, 2016, European airports are seriously rethinking airport security and are turning to the Israeli model for guidance.

The two explosions at the check-in counters of Terminal 3 struck at the weak point of aviation security: “landside.” Huge amounts of resources are poured into preventing aircraft bombings and hijackings by keeping the “airside” area sterile – preventing passengers taking anything onto an aircraft that could threaten its safety.

But there is nothing secure about the check-in and arrival zones of most European airports. No routine checks are made on the flow of people into the pre-security departures area or the arrival area. At Zaventem, passengers travelling withhand luggage can only proceed immediately to the gate, leaving a gaping hole in security.

A senior official at Ben Gurion International Airport spoke to Homeland Security Today, who said, "We believe in predicting and identifying the intention of the passenger who may present a threat, so the likelihood of an attack like Brussels happening in Israel would be extremely unlikely owing to the multilayered system of security."

The multilayered security approach is comprised of several "security circles," beginning with the entrance to the airport. Visitors arriving by car or as pedestrians can access the facility using only two entrances, each with heavily armed checkpoints.

All incoming traffic is screened by mounted cameras in every lane which capture the license plate numbers of every car entering the airport (License Plate Recognition). The images are transferred instantly to the online database of the Israel Police and checked against a blacklist of stolen cars and any other suspicious activity. An alarm is sounded in the event of identification of a match.

Passengers are subject to screening by security personnel at the gates, and based on their professional skills and experience, will decide whether to let a car continue into the airport area. In the event of a decision to check a car, it could take more than an hour as the vehicle is checked as a platform for explosives. In addition, the driver and passengers may be subjected to a body search, and their luggage screened using detector equipment. In certain cases, sniffer dogs will also be used.

In the terminal building, the passenger undergoes a "characterization" or profiling process during which security staff check his travel documents and ask questions, and based on the answers, will determine the passenger’s level of threat. The security employee is skilled to do the process and the level of threat will in turn determine the thoroughness of the baggage check. According to an airport official, this integration between "characterization" and baggage check is unique to Ben Gurion airport.

The primary strength of the concept lies behind a unified command and control system. Responsibility for the entire security of the airport is under one body, unlike most airports in the US and EU where there can be several bodies responsible for security at one time and very little interaction.

"In order to attain your security goals, you must have an overall strategy. There must be integration between infrastructure, technology, manpower and regulation, a unified central command, and constant quality control," said the official.

What the experts say

“The attack against Zaventem Airport emphasized the vulnerability of public areas of airports, which are usually closed halls, crowded with people. This can significantly increase the damage caused by the explosion, as luggage and packages are not checked atthis stage," noted Samuel Sasson, former Director of Security, El Al Airlines.

Professor Boaz Ganor, Executive Director of ICT (International Institute for Counter Terrorism)said that the European states must reassess the threats and their vulnerability to terrorist attacks by using advanced analytical methodology and war games. They must establish new counterterror units and upgrade the abilities of the existing ones to provide an effective response to complex, multi-locational, integrated and simultaneous terrorist attacks.

US concerns about airport security

Since the Sept. 11, 2001 terrorist attacks in the United States, travelers worldwide have grown accustomed to measures scrutinizing everything they carry with them into an airport, from the soles of their shoes to shampoo bottles, as potential weapons or traces of explosives. But such measures have mainly been focused on preventing terrorists from carrying out an attack aboard an aircraft, rather than an attack on the airport itself.

According to reports from the Reuters News Agency, some of the country’s busiest airports and other transportation facilities were placed on heightened security status following the bombing at Brussels airport. Large numbers of uniformed police officers and National Guard troops dressed in battle fatigues and carrying rifles patrolled New York’s John F. Kennedy International Airport.

Despite the public safety concerns unleashed by the violence in Belgium’s capital, US Homeland Security Secretary Jeh Johnson said the agency had no intelligence that would point to a similar attack targeting the United States.

In the United States, the federal agency responsible for airport screening, the Transportation Security Administration (TSA), provides security screeners at checkpoints and equipment that can detect bombs or banned items, such as guns and knives. But the responsibility for security in public areas of airports is shared by the local authorities and the TSA, leaving vulnerabilities in the public areas where passengers check-in and drop off their bags.

“There is an impressive body of knowledge in Israel, which is recognized internationally, on how to counter this type of incident by creating multiple rings and envelopes of security around airports,” says Col. Eran Lerman, former deputy chief of Israel’s National Security Council and senior IDF Military Intelligence division director.

Lerman added, “However, the key to successful security has to be intelligence, in the broader sense of the word. For too many years, for very good reasons, Europeans have neglected the need for effective intelligence measures.”

This is mainly due to wariness of any practices that could be seen as unfairly targeting Muslim travelers.