Israeli Cyber Expert: Next 9/11 Will Happen Without Suicide Terrorists on a Plane 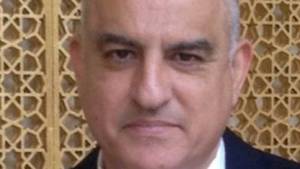 Computer hackers targeting critical infrastructure around the world could cause “attacks on airplanes or air traffic control towers” which “could cause accidents, or even to paralyze entire flight systems,” said Dr. Gabriel "Gabi" Siboni, a colonel in the Israel Defense Forces Reserve service and a senior research fellow and director of the Military Affairs & Cyber Program at Israel’s Institute for National Security Studies (INSS). "The disruption and possible infiltration of critical infrastructure is the most severe form of cyber-attack.”

Siboni’s concerns were reflected earlier this week when a Government Accountability Office (GAO) audit report on the Federal Aviation Administration’s (FAA) need for a more comprehensive approach to addressing cybersecurity vulnerabilities as the agency transitions to NextGen disclosed that the increasing interconnectedness of “modern aircraft … to the Internet” presents the potential for “unauthorized remote access to aircraft avionics systems.”

Homeland Security Today reported that, according to FAA and experts GAO interviewed, modern communications technologies, including IP connectivity, that are increasingly used in aircraft systems are also “creating the possibility that unauthorized individuals might access and compromise aircraft avionics systems.”

“As of now, this area of capabilities is the exclusive domain of developed states,” Siboni said, however, he added that he “strongly believe[s] the next 9/11 will happen without suicide bombers aboard the plane with box-cutters but will occur because of a cyber-incident perpetrated by a terror organization."

Siboni warned that, “Computer hackers have begun targeting electric and nuclear power plants and other critical operations around the worldin audacious and continuous efforts to take control of them.”

Unfortunately, though, Siboni said, the strategic partnership between Israel and the US has not been taken advantage of in the field of cyber security to the detriment of both nations.

"Establishing a bilateral apparatus that combines the technological capabilities of civil and military intelligence is currently one of the most pressing issues of the day in light of both the magnitude and severity of the threats we face,” he stated. “Furthermore, cyber attacks are not the exclusive domain of the private sector. Cyber aggression is widely utilized and has become a basic weapon used in international conflicts. Countries are responsible for attacks on most national infrastructure, and governments across the Western world have understood that they must allocate resources not only to purchase new tanks and aerial defense systems but also in defensive cyber infrastructure.”

These and other cyber threat issues will be one of the main issues explored in the INSS Defensive Operations and Intelligence Cyber Security Conference & Exhibition in Washington DC April 27-28.

The gathering, the first of its kind in the American capital, will bring together high ranking officials from Israel and the US and showcase cutting-edge Israeli technologies that have been developed to thwart the enormous strategic threats facing both Israel and the US.