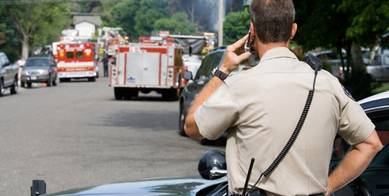 Legislation that would help enable state and local first responders to achieve interoperable emergency communications was introduced Friday by Rep. Donald M. Payne, Jr. (D-NJ), whose earlier bill to amend the Homeland Security Act of 2002 to make the Department of Homeland Security (DHS) Under Secretary for Management responsible for policies and directives to achieve and maintain interoperable communications among DHS components was passed by the House.

In introducing his new legislation, the Statewide Interoperable Communications (SWIC) Enhancement Act of 2015, Payne said, “The inability of first responders to effectively communicate with one another during emergencies is a very real problem that undermines the safety of our communities. This legislation protects the gains made toward achieving interoperability and ensures emergency personnel are able to successfully coordinate activities that save lives.”

Payne’s announcement of his SWIC legislation said that, “In recent years, states have been able to rely on the Department of Homeland Security’s Interoperable Emergency Communications Grant Program to support their communications governance structures and their Statewide Interoperability Coordinators (SWIC), who are charged with coordinating interoperability activities across all levels of government.”

However, due to the elimination of the Interoperable Emergency Communications Grant Program, and reduced funding for other state and local homeland security grant programs, some states are eliminating SWICs altogether, he noted, adding, “As a result, activities critical to maintaining and advancing interoperable emergency communications policies are not being effectively coordinated.”

In addition, the nationwide public-safety broadband network also “faces difficult decisions determining how to fund the network’s construction and ongoing operations. These estimates indicate the cost to construct and operate such a network could be from $12 to $47 billion over the first 10 years,” GAO said.

“Given that FirstNet faces numerous risks to achieve its complex objectives,” GAO said FirstNet needs to develop standards of conduct to address any performance issues in a timely manner.

A FirstNet spokesperson told Homeland Security Today that "FirstNet is pleased with the GAO findings that we have made progress in establishing an organizational structure, planning the network and consulting with stakeholders. These findings represent the hard work and commitment of the FirstNet team. We also agree with the GAO’s recommendations for improvement in certain areas and will fully implement them. As a new organization, FirstNet plans to continue to focus on implementing best practices to supplement the strong progress made to date."

The FirstNet board also approved a third public notice seeking further comment on the definition and scope of the term “public safety entity” as used in FirstNet’s enabling legislation. FirstNet Board members underscored the importance of continuing to consult with the public safety community on these items.

“Today’s decisions by the FirstNet Board continue the significant progress FirstNet is achieving toward our goal of implementing the nationwide public safety broadband network,” said FirstNet Chair Sue Swenson. “We look forward to having a meaningful dialog on these two topics with the public safety community, state and local jurisdictions, territories and tribes, and potential offerors to move us along our strategic roadmap toward a final RFP and ultimately the deployment of a dedicated public safety broadband network.”

Payne’s earlier legislation, the DHS Interoperable Communications Act, would require the Under Secretary for Management to submit to the House and Senate homeland security committees a strategy for achieving and maintaining such communications, including for daily operations, planned events and emergencies.

It also would direct the Under Secretary for Management to submit with such strategy information on any intra-agency effort or task force that has been delegated responsibilities relating to achieving and maintaining interoperable communications by such dates and on who, within each component, is responsible for implementing policies and directives to achieve and maintain interoperable communications.

Finally, it would direct the Under Secretary for Management to submit biannual reports on the status of efforts to implement such strategy, including information on any additional resources or authorities needed.