Maintaining Vigilance in the Face of COVID-19 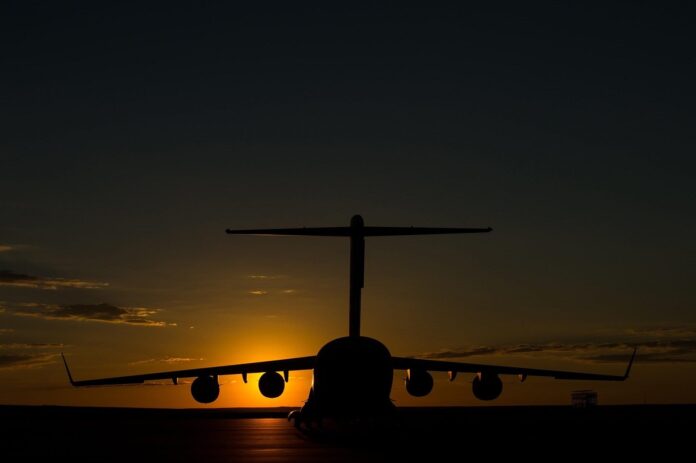 It goes without saying that airports and airlines are critical to the U.S. transportation system and to the broader national infrastructure, of which air transport plays a vital role. Even in less unsettled times, the nation’s commercial air transportation system is daily presented with a variety of threats coming from many different directions. The skill with which such threats are handled by the security apparatus protecting it all is impressive, especially when we consider the scope and scale of U.S. commercial aviation. Air travel and transportation is a gargantuan activity, with its direct sectors (i.e., airports and airlines) contributing 2.8 percent of U.S. Gross Domestic Product, or $850 billion in 2019 alone.

Keeping air transportation safe and secure is crucial, in other words. But what do we do when we’re confronted with something like COVID-19? It’s an enemy that can’t be seen except under a microscope, and it can move among air transportation security personnel seemingly at will, sickening them to the point where they can no longer work. How do we protect airports, airlines and all the activities they perform in the face of such a threat?

There’s one notable factor which may make the job of keeping a good security umbrella over airports and airlines during this pandemic easier in some ways than we might suspect at first glance. TSA reports that only 154,000 people were screened on Monday the 30th of March. By way of comparison, the security agency screened nearly 2.3 million people on the first of the month, which was in line with its daily average in 2019. As the virus began its march through the country, however, the number of people screened daily began declining. By March 24, only 279,000 people were processed through TSA checkpoints, leaving travel and security experts to wonder when the decline would end. Given this last Monday’s numbers, though, we’re just not sure as yet. That low on the 30th amounts to a stunning 93-plus percent decline in screenings performed by a workforce designed to scrutinize millions of passengers daily.

The above figures shouldn’t come as a surprise when you consider that airlines have drastically cut their flight schedules, which is partly due to a precipitous drop in flyer numbers driven by social distancing guidelines issued by the U.S. Centers for Disease Control and individual states. The carrier making the steepest and most painful cuts has been Delta Air Lines, which has slashed 70 percent of its flights and grounded 600 of its airliners. United Airlines came in a close second in reducing 42 percent of its domestic flights and a whopping 95 percent internationally. In fact, only a relative few North American carriers are making cuts of less than 50 percent, with Southwest leading that group at 25 percent. Everywhere we look at present, while this virus moves through the population and entire states order their residents to stay indoors and not fly if at all possible, we see peril for airlines and the airports – which depend on landing fees, rents and other compensation from air carriers for much of their revenues –that provide them an abode.

So what’s the bright light in all this gloom? Well, more Transportation Security Officers (more commonly known as screeners) and transportation security inspectors and other security personnel than ever before are available and on duty to ensure passengers, airlines, their planes and every part of every airport in the United States are both safe and secure. The number of Transportation Security Administration (TSA) personnel should therefore be more than enough to handle the current operational need. Plus, there are no plans being publicized by TSA and its parent agency, the Department of Homeland Security to furlough or otherwise sideline vital security personnel or curtail their responsibilities.

TSA is currently working diligently in supporting its workforce and especially the public-facing group consisting primarily of those screeners. The agency is driving overall safety precautions and constantly conducts workforce balancing initiatives that include administrative leave and telework initiatives, enhancing personal protective equipment (PPE) needs and increasing overall workplace sanitization efforts.  All these activities are being done to support their workforce while at the same time supporting the limited number of passengers transferring through the nation’s checkpoints.

In fact, given the dearth of passengers and flights, the travel slowdown – as painful as it is for airlines and the flying public — could present a perfect opportunity for security personnel to drill, train and learn new techniques and rethink current practices and procedures with an eye towards supercharging operations once they return to normal after this crisis subsides, which it will.

Keep in mind, though, that it’s not all goodness and light when it comes to the training and improvement opportunities presented to TSA and other security forces because of this air travel slowdown. We should always remember that two sides are playing the great aviation security game and we’ve only looked at the good guy side up to this point.

Unfortunately, aviation’s enemies – be they non-state terror groups, individual lone wolf-type attackers or those who, for whatever reason, just want to see the world burn – are no doubt closely examining airports and airlines. What they hope to discover is a lapse in security practices and procedures brought on by this steep drop in air traveler numbers that they can exploit to maximum, and potentially bloody, effect. Chaos agents such as terrorists thrive on chaos, naturally enough, and they hope to find even a small amount of turmoil and chaos in this pandemic. Security screeners, guards, sworn law enforcement officers and everyone else charged with keeping U.S. airports and airlines safe and secure can’t let their guard down for even a second. Because they can be assured unfriendly eyes are watching to see if they do.

Here’s a sobering possibility for our aviation security apparatus:  Given the undoubted near molasses-like crawl of air operations over the coming weeks, something we haven’t seen since the aftermath of the 9/11 terror attacks, it could be difficult for security personnel to stay as sharp and attentive as they should in maintaining the layers of security protecting airports, the planes using them and the reduced number of flyers who will continue to board what planes are left for their use.

Kelly Hoggan
Kelly Hoggan is the Founder and Chief Executive Officer of H4 Solutions—a consultancy that advises clients in the transportation sector with particular expertise in aviation security and aviation operations. Mr. Hoggan draws on his three decades’ leadership experience in aviation security and aviation operations to provide value-added services to clients around the globe. Prior to founding H4 Solutions in June 2016, Mr. Hoggan served as Assistant Administrator for Screening Operations at TSA. During his three-year tenure, he was the chief management official responsible for TSA’s security operations—a $4.1 billion annual effort that includes 55,000 TSA employees to screen, on a daily basis, over 1.8 million passengers across 450 U.S. airports. Mr. Hoggan managed all security programs related to these airports and served as TSA’s chief technical expert on airport operations, programs, activities, and screening technologies. Under his leadership, TSA further enhanced its security measures to ensure passenger security and safety. This included implementing TSA Pre✓® at over 142 locations, allowing over 48% of the nation’s daily traveling public to access some type of expedited screening, and adopting new technologies to enhance checkpoint and baggage screening operations. Before being appointed Assistant Administrator for Screening Operations, Mr. Hoggan led TSA’s Office of Global Strategies (OGS), at which he worked towards a more secure global transportation network by engaging foreign partners—including governments, associations, and airports—and served as the Senior US Aviation Security Expert at ICAO. His 12 years’ TSA service also included as Assistant Administrator for the Office of Security Capabilities (OSC) and over nine years in the Senior Executive Service. When he joined TSA in 2004, Mr. Hoggan brought to the young organization over 18 years’ industry experience. This included senior management positions in airport operations, planning, and process improvement at Air Canada—the ninth largest airline in the world. At its Toronto Hub, he directed all customer service operations and led initiatives to fully-integrate the frontline workforce. Mr. Hoggan earned a B.S. in Business Administration from Strayer University, is a six sigma blackbelt, and holds certificates from the Federal Executive Institute, Senior Executive Service, UVA’s Darden School of Business, and USC’s Center for Organizational Effectiveness.