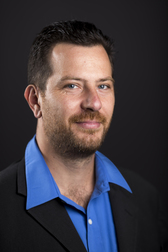 A new mathematical framework to more effectively analyze “controlled chaos,” or how interactions among highly complex systems affect their operation and vulnerability, has been developed by Filippo Radicchi, a researcher at Indiana University.

According to an announcement by the university, “The new method could potentially be used to improve the resilience of complex critical systems, such as air traffic control networks and power grids, or slow the spread of threats across large networks, such as disease outbreaks.”

"By providing reliable results in a rapid manner, these equations allow for the creation of algorithms that optimize the resilience of real interdependent networks," said Radicchi, whose paper, "Percolation in Real Interdependent Networks, was published June 15 in the journal, Nature Physics.

"They may also be helpful in designing complex systems that are more robust, or more easily recoverable," Radicchi added.

An assistant professor at the School of Informatics and Computing and a member of the Center for Complex Networks and Systems Research, Radicchi stated that his equations work by providing a new method to “untangle” multiple complex systems; pulling apart each network, or “graph,” for individual analysis; and then reconstructing an overall picture.

According to the announcement, the "graph" describes the myriad points and connection lines that comprise a complex network. In an air transportation network, for example, an airport might represent a single point; an airplane’s flight path, the connections between points.”

"In the real world, networks do not exist in isolation; they are always interacting with other networks," Radicchi said. "By unraveling multiple graphs, we’re able to analyze each in isolation, providing a more complete picture of their interdependence and interaction."

“The key to the equations’ power is twofold,” the university said in its announcement. “First, they are not dependent on the use of large-scale simulations, which are costly and time-consuming to run. Secondly, they are able to quickly and accurately measure ‘percolation’ in a system, a term that describes the amount of disruption caused by small breakdowns in a large system.

"If you’re traveling between cities by plane and 10 percent of the airports worldwide suddenly stop operating for some reason, percolation theory can help us calculate how many airports you can still use to reach your target city," Radicchi said.

"At that point," Radicchi said, "a system will exhibit ‘catastrophic behavior,’ from which it is very difficult to recover."

An example of an unstable infrastructure, Radicchi said, was the massive blackout in his native country of Italy in 2003 in which the entire nation’s power grid failed within a matter of minutes. The problem was traced back to control of the nation’s power generators, which was dependent upon a telecommunications network that itself could not properly function without electricity.

"When the power went out, telecommunications routers also failed, causing further chaos and knocking out the Internet communications network too," Radicchi said. "These are the sorts of situations we need to be able to detect before they occur, not after it’s too late."

In terms of infrastructure, Radicchi said the same methods used to detect vulnerabilities in a transportation network could also help create plans to reduce construction costs or shorten commute times. Or they could be applied to better understand other complex systems that remain surprisingly resistant to breakdown, such as the human body, the brain and social networks.

"We may be able to further optimize these systems too," he added. "For example, enhancing the spreadof new knowledge and ideas."

Photo bottom: A “percolation diagram” of the flight patterns of several major US carriers. Airports in red and their connections indicate a "structural core" that protects against abrupt breakdowns in the system. Photo by Filippo Radicchi.