Since 1982, federal agencies have given $46 billion to small businesses to help them develop and market new technologies (such as robotic vacuum cleaners and personal genetic testing kits). Businesses apply for these awards, and agencies generally aim to make awards within 180 days after the application deadline.

The Government Accountability Office reviewed 15,453 awards made over 3 years: 76 percent were made on time. However, the 28 agencies that made the awards varied widely on timeliness—some made 100% on time and some made 0%.

Agencies cited factors that slowed the process, such as heavy workloads for reviewers and slow responses to requests for more information. 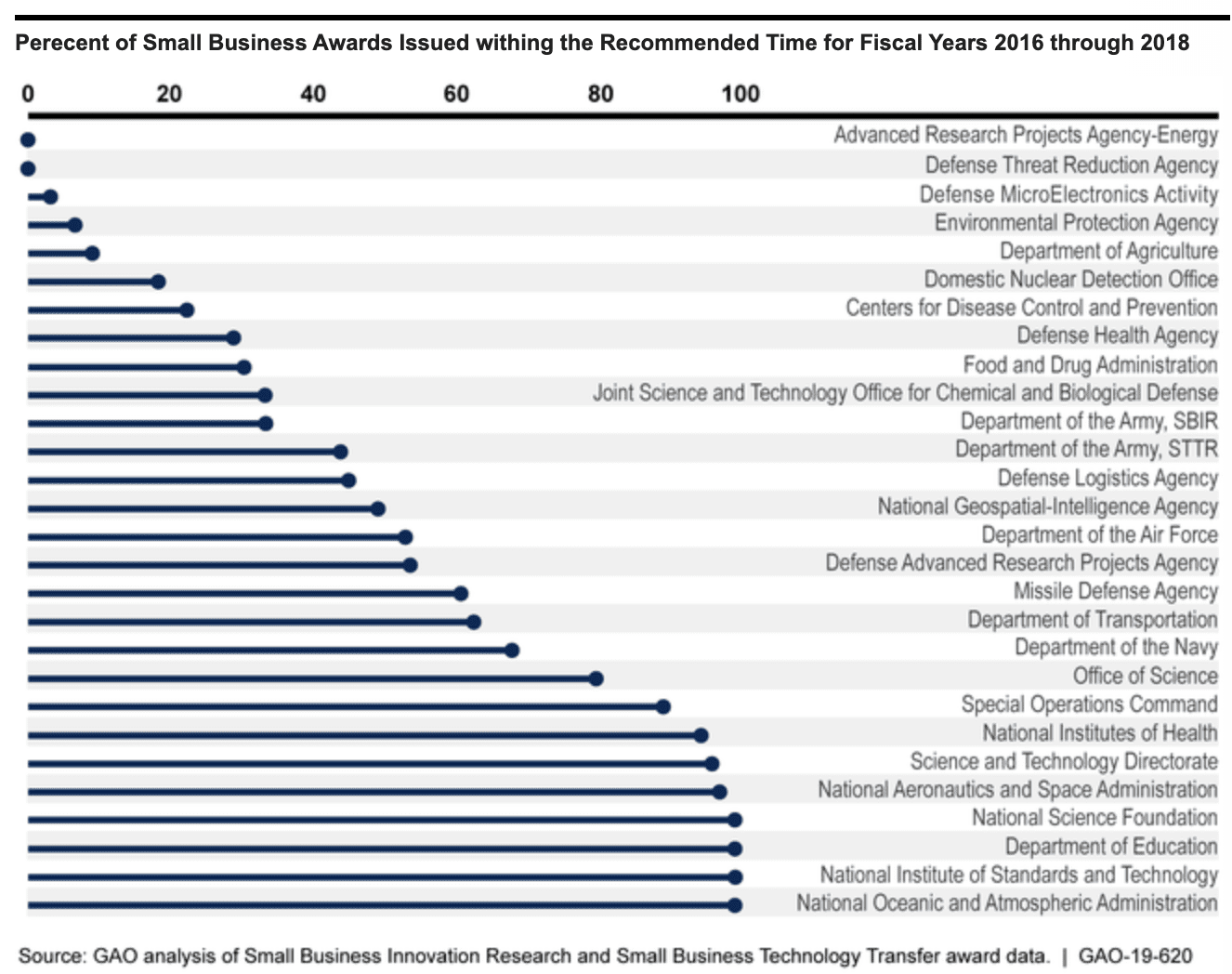 Agency officials described a number of factors that can affect award issuance timelines, including:

Since the SBIR and STTR programs began in 1982 and 1992, respectively, federal agencies have awarded at least 162,000 contracts and grants totaling around $46 billion to help small businesses develop and commercialize new technologies. Eleven agencies participate in the SBIR program and five of them also participate in the STTR program. Each agency issues a solicitation requesting proposals at least once a year. Agencies then review proposal submissions and issue awards using grants or contracts. The SBIR and STTR policy directive recommends that most agencies issue awards no more than 180 calendar days from solicitation close.

Agencies also must decide how eventual antivirals and vaccines will be procured and distributed.…

CDC reported incomplete and inconsistent data from state and jurisdictional health departments on the amount of viral testing occurring nationwide,…

FEMA grants have been used to acquire and demolish flood-prone properties to help reduce flood damage. Reduced damage should lead…

Operation Dry Water is a national campaign focused on reducing the number
During the ceremony, Capt. Eva Van Camp assumed command of the sector
The interdictions are the result of ongoing efforts in support of Operation
Coast Guard and local law enforcement officers will participate in Operation Dry
This advanced notification allows the Coast Guard to screen vessels for safety,
Go to Top

Agencies also must decide how eventual antivirals and vaccines will

CDC reported incomplete and inconsistent data from state and jurisdictional