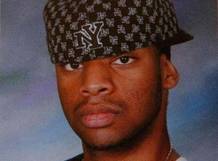 Usaamah Abdullah Rahim, a resident of Roslindale, Massachusetts who federal officials believe evidence is sufficient to prove he was radicalized by ISIS and other Islamist jihadist influences via online ISIS jihadi propaganda, and was an imminent threat to local law enforcement, was shot dead Tuesday when he threatened federal and local law enforcement officers.

When Rahim was confronted at a shopping center by police officers and FBI agents, surveillance video reputedly shows FBI Joint Terrorism Task Force (JTTF) members backing up before shooting at Rahim, who approached the officials waving a knife at them. Officers fired three shots, according to a police spokesman, two of which hit Rahim in his torso.

Law enforcement officials, which include members of the area FBI JTTF had  Rahim and associates under persistent surveillance, believed they had actionable intelligence that Rahim imminently intended – with other co-conspirators – to begin "randomly kill[ing] police officers in Massachussetts,” including the beheading of an “infidel” in another state, according to court documents.

As has been the case with other similar radicalized individuals living in the US, federal counterterrorism officials told Homeland Security Today Wednesday evening on background that “there’s enough evidence to indicate [Rahim] was heavily influenced by online ISIS, jihadi propaganda.”

For more than a year, ISIS — and Al Qaeda — propaganda has urged jihadists in the US — and throughout the West — to attack law enforcement and military personnel where ever they can.

Despite the “political correctness that’s obviously going to be raised,” one of the officials said, “it’s time we go back to very carefully coordinated profiling – political correctness be damned. We are fighting a war – now on US streets – with Islamist jihadists we need to have some way of keeping tabs on. We’re in a new reality now, and groups like the ACLU just need to get over it!”

Wright, 24, was arrested Tuesday night at his home in the Boston suburb of Everett. He was charged with conspiring with Rahim to destroy evidence of Rahim’s alleged plots to kill law enforcement officers Tuesday or Wednesday, and then to behead an unidentified person in another state.

According to the affidavit of FBI Special Agent J. Joseph Galietta, a member of the Boston JTTF, “United States law enforcement agents, including members of the Boston FBI’s Joint Terrorism Task Force, have been investigating individuals located in the United States who are providing, or are attempting to provide, material support to terrorism by planning or engaging in violent attacks domestically.”

“This investigation has revealed that, since on or before May 26, 2015, Rahim, a 26-year-old private security officer, has been planning to engage in a violent attack in the United States, which was confirmed during an interview of Wright on June 2, 2015,” Galietta’s affidavit said.

“Rahim took several steps in furtherance of this plan, including the purchase of three fighting knives and a knife sharpener from Amazon.com, and discussed his plan with Wright,” Galietta continued.

]According to Galietta’s affidavit, “Based upon records obtained from Amazon.com, on or about May 25, 2015, Rahim purchased an Ontario Spec Plus Marine Raider Bowie fighting knife and a device used to sharpen knives. The Marine fighting knife Rahim purchased is 15 inches long when opened, contains a 9.75” blade, and weighs 22.4 ounces.”

“On or about May 26, 2015, Rahim called Wright,” during which time “Rahim advised Wright that ‘I just got myself a nice little tool. You know it’s good for carving wood and like, you know, carving sculptures … and you know …”

Wright and Rahim allegedly “both began laughing,” and that “when Rahim said ‘nice little Tool’ that was ‘good for carving,’ he was [actually] referring to the Marine Raider Bowie fighting knife that he had purchased the previous day” which, “In guarded language,” Rahim told Wright about a plan … to kill a person outside of Massachusetts.

According to the affidavit, “Wright discussed the motivation for that planned attack,” and that, “Later in the conversation, Wright told Rahim something was ‘like thinking with your head on your chest.’ Both men then burst out laughing. Based upon my training, experience and involvement in this investigation, I believe this is a reference to the practice of some foreign terrorist organizations to behead targets and place their heads on their chests in propaganda videos,” Galietta testified in his affidavit to the federal court.

Continuing, Galietta affirmed that, “On or about May 27, 2015, before the Marine Fighting Knife was delivered, an FBI Special Agent Bomb Technician intercepted the package and x-rayed it and determined it contained a large knifeand knife sharpener tool. Shortly thereafter, using video surveillance, FBI agents watched as the package containing the knife and the sharpener was delivered to Rahim’s address.”

At this point, what they allegedly had planned began to get very dangerous.

“On Sunday, May 31, 2015, Rahim, Wright and the third person met on a beach in Rhode Island, in inclement weather, to discuss their plans,” Galietta testified. And, “As described below, Wright later advised FBI agents that these plans included the beheading of the planned victim in another state …”

“At approximately 5:00 am on June 2, 2015, Rahim called Wright and advised him that he had changed his plans and no longer planned to commit an attack in another state. Instead, he said ‘that he was going to ‘go after’ the ‘boys in blue,” which I believe to be a reference to police officers,” Galietta said in his affidavit.” During this telephonic conversation, which was recorded, the following statements, among other things, were made:”

Wright: “You are not, I’m trying to understand, wait, you are not trying to go to [the other state]?”

Rahim:  “Yeah, I’m going to be on vacation right here in Massachusetts … I’m just going to, ah, go after them, those boys in blue. Cause, ah, it’s the easiest target and, ah, the most common is the easiest for me …”

Galietta told the court in his sworn affidavit that, “Based upon my training, experience and involvement in this case, I believe that ‘going on vacation,’ a phrase used repeatedly in conversations between Wright and Rahim, refers to committing violent jihad.”

“Additionally, during this conversation, Rahim revealed to Wright that he planned to randomly kill police officers in Massachusetts either yesterday (June 2) or today (June 3),” Galietta testified. “In response, Wright advised him to prepare his will and leave ‘his possessions’ to a named individual.”

Galietta testified that, “After discussing with Rahim the plan to attack police officers, Wright directed Rahim to delete information from, and destroy, his Smartphone and wipe his laptop computer. Specifically, with regards to Rahim’s phone, Wright instructed Rahim … [to make] sure also, very important, make sure that, ah, at the moment that you decide to that you, ah, delete, you delete, ah, from your phone or you break it apart. Throw it down to the ground.”

Wright: “Get rid of it, before anybody gets it; make sure it’s completely destroyed.”

“Based upon my training, experience and involvement in this investigation,” Galiettasaid, “I believe that ‘CSI’ refers to law enforcement, thus indicating Wright’s belief that law enforcement would be conducting an investigation of Rahim’s actions. I believe that Wright’s reference to the fact that law enforcement would be looking for ‘that particular thing’ refers to some especially sensitive information, document or thing to be found on Rahim’s Smartphone. In addition, Wright encouraged Rahim to ‘completely wipeout everything’ on his laptop computer ‘to its factory setting.’”

Galietta said, “Shortly after this conversation, on June 2, 2015, Rahim was ona public street in the Boston area, when he was approached by Boston Police Officers and FBI special agents.

Rahim took out one of the knives he had purchased from Amazon.com when he saw the officers and agents. One of the officers told Rahim to drop his weapon and Rahim responded, ‘you drop yours.’ Rahim then moved towards the officers while brandishing his weapon, and he was shot by law enforcement.”

Continuing, Galietta said, “On June 2, 2015, agents of the FBI interviewed Wright shortly after Rahim was shot. The agents advised Wright of his Miranda rights. Wright waived his rights and agreed to speak with the agents. During this interview, the agents asked Wright about what had transpired at the Sunday meeting on the beach in Rhode Island. According to Wright, at that meeting, Rahim told Wright and the third person that he was going to behead the intended victim in another state. Wright indicated that he agreed with Rahim’s plan and supported it.”

Galietta testified in his affidavit that, “there is probable cause to believe that, on or about June 2, 2015, Wright did conspire with Rahim to knowingly destroy, mutilate, conceal and cover up a tangible object, to wit, Rahim’s Smartphone, with intent to impede, obstruct or influence an investigation or the proper administration of any matter within the jurisdiction of any department or agency of the United States, or in relation to or contemplation of any such matter or case, in violation of 18 U.S.C. § 1519, all in violation of 18 U.S.C. § 371.”

He added, "Terrorism has gone viral. It’s all over the Internet. What we’re finding are operatives in Syria, recruiters that have sent directives or calls to arms, to people in the United States to activate them like sleeper cells," adding that, "We should be worried in terms of the new sort of generation of terrorists that are going on the Internet, sending out directions to attack in the United States. We believe that both the individuals, the one who was killed and the suspect who is arrested, were part of a conspiracy that was tied in an internet connection with ISIS."