The NDAA also includes a requirement for the Department of Homeland Security (DHS) to submit to Congress a report on the Department's efforts to deter vehicular terrorist attacks, including engagement with the private sector and other stakeholders. 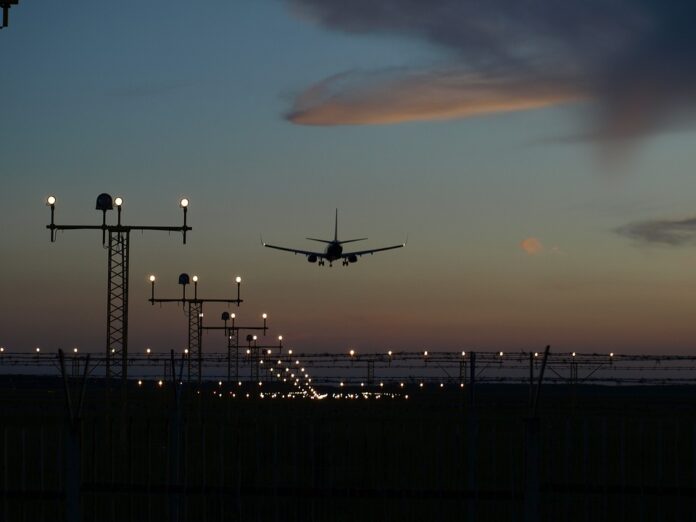 The U.S. Senate has passed the National Defense Authorization Act 2023 with an overwhelming 83-11 bipartisan majority. The bill has been sent to the President and is expected to be shortly signed into law.

The much-anticipated Transportation Security Administration (TSA) workforce bill, which sought to treat TSA’s workforce like most other federal employees, did not make the final draft, but Rep. Bennie G. Thompson (D-MS), Chairman of the Committee on Homeland Security, said the Committee will continue to seek agreement on the matter.

Former Federal Security Director at Los Angeles International Airport and now Vice President of K2 Security Screening Group, Keith Jeffries, said the absence of the workforce bill in the NDAA will be disappointing for TSA employees but that all is not yet lost.

“The “pay equity/pay parity” proposal has received excellent support from the House and the Senate,” Keith said. “Lawmakers understand the important mission that TSA performs every day protecting the nation’s transportation systems.”

Keith acknowledged that it will take time to find the funding to support the long-awaited pay increase for the TSA workforce.

“Being paid fairly and equitably is important to everyone regardless of the career field. I’m sure TSA employees are disappointed; however, they also understand that they are public servants working every day to prevent another 9/11 attack. For most, if not all, public servants, their call to service is bigger than money. TSA employees are doing their job, elected officials need to do theirs and find the funds to pay them. They absolutely deserve higher pay. And while not a silver bullet, higher pay could help lower TSA’s annual attrition rate in officers which is currently just under 20%.”

Legislation that did make the cut includes the One-Stop Pilot Program Act, which authorizes TSA to conduct a pilot program at not more than six foreign last point of departure airports to permit passengers and their accessible property to bypass domestic security rescreening at a connecting airport in the United States.

According to the text of the bill, “screening may be bypassed if (1) the country of departure has an aviation screening agreement with the United States setting standards and protocols comparable to those in the United States; (2) passengers cannot access their checked baggage until arriving at their final destination; and (3) upon arrival in the United States, passengers do not come into contact with other arriving international passengers (or their property) or persons who have not been screened.”

In accordance with the One-Stop Pilot Program Act, TSA must ensure there is no reduction in the level of security or specific aviation security standards and requirements for screening passengers and their property prior to boarding an international flight bound for the United States, including standards or requirements regarding high risk passengers; and weapons, explosives, and incendiaries.

In the event where TSA determines that the foreign countries participating in the screening agreements have not maintained and implemented comparable standards and protocols to those in the United States, it must ensure that passengers and their property arriving from the foreign airports are rescreened in the United States before they are permitted into sterile areas of the airports.

The pilot program is set to run for six years after the enactment of the bill.

“The One-Stop Pilot Program act provides many benefits,” Keith Jeffries told us. “It reduces costs and improves efficiency. It results in a better use of resources by not having to rescreen passengers coming from a One-Stop location. It will also be a better experience for passengers, who can clear customs and go straight to their connecting gate without having to exit only to re-enter a screening checkpoint. The program will cut down on connection times for passengers as well. Lastly, it will raise aviation security standards globally as participating countries exchange security information and share best practices to reduce security gaps.”

Keith also expects the program to have a very positive impact on TSA employees by reducing the number of passengers they have to screen. “International arriving passengers from a One-Stop location can simply go to their connecting gate.”

To further improve airport security and passenger experiences, the NDAA 2023 states that TSA should submit a plan to ensure that TSA material disseminated in major airports can be better understood by more people accessing such airports. This includes increasing the number of languages used as well as making provisions for those who have vision or hearing impairments. The materials under consideration includes signs, videos, audio messages, websites, press releases, social media postings, and other communications. TSA has 180 days from the date of NDAA 2023 enactment to submit the plan to Congress.

The NDAA also includes a requirement for the Department of Homeland Security (DHS) to submit to Congress a report on the Department’s efforts to deter vehicular terrorist attacks, including engagement with the private sector and other stakeholders.

Among other transportation and border security measures, the NDAA sets out the need for DHS and its components to develop a counter illicit cross-border tunnel operations strategic plan; provide training on the use of use containment devices to prevent potential synthetic opioid exposure; and research additional technological solutions to target and detect illicit fentanyl, fentanyl analogs, and precursor chemicals.

Read the full text of the National Defense Authorizations Act 2023