SPECIAL – Read and Do: The Limitations of Terrorism Research 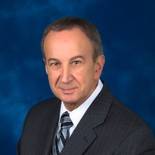 According to proceedings of the April, 1986 Aberdeen University Academic Conference, “The fact that terrorism is a fashionable concern of governments and the media does not mean that it has attracted comparable attention and effort in academia. We found that terrorism studies are very small scale, and even peripheral, at most universities and research institutes.”

Since 9/11, more has been written about terrorism than any other law enforcement, military and national security issue. Terrorism studies have taken central stage at educational institutions throughout the world.

Counterterrorism and/or antiterrorism training have been introduced to a wide population of operational personnel from warfighters to wastewater management professionals. The private sector places a high premium on those with counterterrorism experience Alumni of the FBI and US Secret Service are found leading the corporate security departments of major corporations.

Although much good work has been done to bring theorists, researchers and operational cadres together, there’s still a credibility gap. Both camps look with amused suspicion at one other. Theorists and researchers do have an impact at the policy level where lawmakers are more comfortable with abstractions, if for no other reason than abstractions do not necessarily lead to accountability. Agency leadership, such as the FBI and CIA directors, bring things back to earth with threat briefings, examples of successes and requests for resources, but they rarely bring theory into the discussion. They have no time to do so, and, presumably, see it as a distraction from exigent, reality-based needs. For most operators, scholarship on terrorism is thought to be irrelevant.

What, if anything does scholarship on terrorism offer the practitioner? The limitations of terrorism research are well documented. The subjects of study engage in clandestinity and are therefore unavailable for examination or interview outside the context of the subject as a prisoner, or researcher as captive. There have been few volunteers for that role. Even with the advent of terrorist produced documents such as Inspire magazine, we see what the terrorist wants us to see, not what is. The necessity of following the money also creates policy driven research that may or may not advance the discipline or policy. Most research is based upon the work of others and represents an integration of literature rather than thinking based upon primary data.

Lastly, a heavy reliance upon media sources and official government publications, both of which present dialectical problems: media sacrifice accuracy for timeliness, while the government sacrifices timeliness for accuracy.

So, should scholars be taken seriously, given the shortcomings of the discipline? First, we examine the consensus opinions. What do scholars think about effective counterterrorism measures? Would operators agree? The Routledge Handbook of Terrorism Research, edited by Alex P. Schmid, presented a comprehensive review of scholarly work in the field to date. Multiple surveys enlighten. Forty-nine percent of scholars view intelligence and information sharing as the most critical of terrorism countermeasures. Others, such as winning hearts and minds and sustained universal efforts in human development and other aspirational measures, are in the minority. Despite the tendency of some academics to go against the tide of opinion simply to seem original, most scholars are firmly grounded in reality, recognizing the centrality of information and the intelligence it yields.

The psychology of terrorism as a discipline is surprisingly lucid and unapologetic, considering it emanates from the therapeutic community; viewing terrorism as a rational choice by rational actors. The word “fanatic” rarely appears in literature today. A decade ago it was quite common.

The structured theories regarding terrorism are a bit loose in their theoretical scaffolding, but compelling none the less. What scholars have done is to provide insights empirically what operators know intuitively.

Rational choice theory, which began as a way to explain economic behavior, has been applied to other spheres of human activity, including terrorism. It tells us a choice is rational if it is one that is “Goal oriented, evaluative and consistent.” No value judgments are made regarding the desirability of the outcome, merely whether there is a goal, the choices move toward achieving that goal and do so consistently. Scholars, it would seem, however, have avoided the temptation to moralize.

But, as we analyze terrorism and terrorist behavior, one goal is to make reasonable assumptions regarding their future behaviors. If we do not understand rational choice as defined here, we will attribute motives that make sense to us in the context of our worldview. In other words, we will misjudge terrorist actions and therefore have difficulty in predicting future behaviors of terrorists.

The implications for addressing terrorism as a crime are far reaching: it becomes a law enforcement problem in which high constitutional standards apply and terrorists have their day in court. And, if the death penalty is given, the terrorist has appeals which can run into years, although Islamist terrorists may seek martyrdom and will not appeal their sentence.

The second is terrorism and war. Terrorism, it has been said, is a war fought for the poor. Clearly, fewer economic resources are required to commit an act of terrorism than are required to mount a military operation. The lines are clearly drawn then between state and terrorism. The state, if not holding a monopoly on power, certainly holds majority power. The terrorist on the other hand is disadvantaged in this way and therefore must compensate. We may see his compensation as the characteristics of terrorism; attacking civilian targets, magnifying his affect through the theater of terrorism, random attacks that leave the impression that, if no one is the target, no one is safe.

Schmid reminded us that, “Terrorism is theatre.” It is not directed at the victims but rather those who are watching. He quoted Brazilian terrorist Carlos Marighella on the media, in which he listed 5 principals:

David Rappaport’s, Wave Theory of Terrorism, recognized four distinct periods in the evolution of modern terrorism. His analysis of the anarchists, the first of the waves, is very telling.

The first group in this first wave was a Russian anarchist group called Narodnaya Volya, or, “The People’s Will.” They came to the conclusion that traditional anarchists who wrote pamphlets, books and held meetings and demonstrations were obsolete. The newmodel recognized the need to command respect. Terror filled that need enough to facilitate modern terrorism. Sergey Nechayev, the Russian author of, The Revolutionary Catechism, wrote a turgid, tedious, self-important text. Mikhail Alexandrovich Bakunin, a Russian revolutionary anarchist and founder of collectivist anarchism — who is considered among the most influential figures of anarchism and one of the principal founders of the "social anarchist" tradition — left us with memorable quotes, while Prince Pyotr Alexeyevich Kropotkin, a prominent anarchist, created a philosophy of action, or strategy, that still inspire anarchists today.

Society muffles and defuses this hostility by devising moral conventions to generate guilt and provide channels for settling some grievances and securing personal amenities However, conventions can be explained historically, and therefore acts we deem as immoral, our children will hail as noble efforts to liberate humanity; and

Terror is the quickest and most effective means to destroy conventions.

This long history of a consistent ideology and its appeal should tell us something about the likelihood of the movement enduring … and its trajectory of violence.

Martha Crenshaw reminded us that terrorism is a strategic choice. Her identification of permissive and precipitative causes of terrorism is enlightening.

Dr. Stephen Sloan’s, Terrorism, the Present Threat in Context, is a small book but filled with insights for both the theorist and the practitioner.

The scholarship on terrorism is substantial, and since 9/11 much good work has been done. Many scholars and academics have developed a conceptual framework to understand the terrorist. What’s needed now is to get out of the office and engage the adversary.

David Cid is a subject matter expert to the Homeland Security Institute at Rose State College and a founding partner in Praxis LLC, providing critical incident management and security consultation to corporate leadership. From 2006 to 2014 he was executive director of the Memorial Institute for the Prevention of Terrorism, a nonprofit training and professional development center serving the line officer created after the Oklahoma City bombing. The police training program Cid  developed has been used by over 450 agencies nationwide, to include the NYPD.


Prior to joining the Institute in 2006 as deputy director, Cid was President of Salus International, a consulting practice providing security, crisis management and business continuity services. Clients included the United States Army, FBI, Department of State and Fortune 500 companies. For two years, he was an advisor to foreign governments on counterterrorism in Europe, Asia, Africa and Latin America.


Cid is a 20-year veteran of the FBI where he served as a counterterrorism specialist. He was a member of the FBI International Crisis Response Team, and was an on-scene commander in extortions, kidnappings and acts of terrorism. He led special events security planning for the World Series, Special Olympics and the US Open. In 1996, he supervised the first successful investigation and prosecution under the Biological Weapons Antiterrorism Act, interdicting a plot to assassinate federal and local officials.