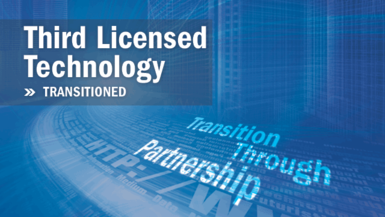 Developed by Lawrence Livermore National Laboratory, The Network Mapping System (NeMS) is a software-based tool that tells users what is connected to their network so they know what needs to be protected.

The Department of Homeland Security (DHS) Science and Technology Directorate (S&T) said technology has been licensed for commercialization to Cambridge Global Advisors, an Arlington, Va. based strategic advisory services firm.

This is S&T’s third technology that has successfully made it through the Transition to Practice (TTP) program and into the commercial market.

“The brilliant minds of the nation’s network of national laboratories are coming up with incredible technologies and solutions,” said DHS Under Secretary for Science and Technology Dr. Reginald Brothers. “Transitioning those ideas into the commercial market where they can be put to practical use is a primary objective for S&T.”

DHS said, “In 2012, the TTP program identified NeMs as a promising candidate for transition to the commercial marketplace. By mapping a network environment, this technology helps operational users understand what is on their network, so they know how to better protect it.”

TTP Program Manager Mike Pozmantier said,“TTP’s goal is to find technologies with the potential to strengthen our nation’s cybersecurity posture and assist those technologies in making the difficult journey from the research lab to the commercial marketplace. And as long as these innovative technologies are transitioned to a commercial or government end-user we’re making a positive impact on the cyber landscape.”

Established in 2012 as part of S&T’s Cybersecurity Division to support DHS’s mission to improve the nation’s cybersecurity capabilities, the TTP program transitions federally-funded cybersecurity technologies from the laboratory to enterprise consumers.

Led by Pozmantier, the program “also seeks to create institutional relationships between the cyber research community, investors, end users and information technology companies by showcasing the technologies throughout the country to develop pilot and communalization opportunities,” DHS stated.

According to S&T, the next TTP technology demonstration event will be featuring Fiscal Year 2015 technologies to the finance sector in New York City on August 19.

“While this event targets the finance sector, registration for this event is free and is open to all cyber security practitioners, technology investors, systems investigators and IT companies,” S&T said.

Each year, the TTP program selects eight promising cyber technologies to incorporate into its 36-month program. S&T introduces these technologies to end-users around the country with the goal of transitioning them to investors, developers or manufacturers that can advance them and turn them into commercially viable products.

In the next few months S&T will introduce eight new technologies into TTP’s FY2016 portfolio “to showcase these technologies to critical infrastructure sectors and potential investors.”

“With the success of the NeMs technology transition, S&T hopes commercial technology partners and end-users will take notice of other technologies, not only in the TTP program, but in the entire government research and development community, as solutions to complex problems,” Pozmantier said.

For more information, visit scitech.dhs.gov/cyber-research to view a video of the TTP project, or email ST.TTP@hq.dhs.gov.