'I remember thousands of people applying for TSA not because it was a job but because people were being resilient and it became a way to defend, protect, and prevent another terrorist attack from ever happening again on America’s soil.' 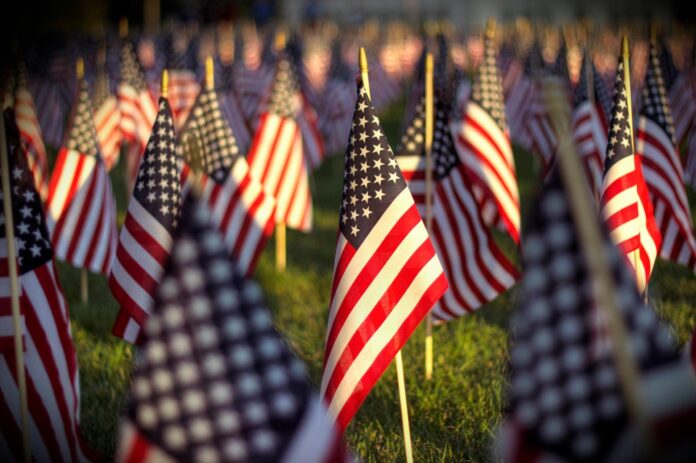 To mark the twentieth anniversary of 9/11, the Transportation Security Administration (TSA) invited its workforce to submit essays on how 9/11 impacted them, and how that has translated to their service to country and commitment to the TSA mission.

“It was an early fall morning as my family drove through New York City, my older brother pointed out to me, “Look, it’s the twin towers!” I looked with amazement and excitement as we rode by the magnificent skyscraper. Just a few days later we prepared to leave the city after attending my grandmother’s funeral. It was late at night on September 9, 2001, when we rode by the World Trade Center one last time. My family and I made it back safely to our hometown on Monday, September 10, 2001.

“After being out of town for four days, I was anxious to return back to school. I assumed this would be a normal Tuesday. First period class had ended, the bell rang as it was time for second period. I was one of the first students to arrive in class. I witnessed my teacher screaming, as I saw a chair fly across the room. At this point, I became terrified as I watched him frantically crying. I looked up at the television, my eyes couldn’t believe what I saw. There were gasps, screams, and tears. We just witnessed the second plane as it crashed into Tower 2. It had only been two days since I last saw the World Trade Center standing. I became sad and even more confused. September 11, 2001 would be a day that I remembered forever. I was hurting for the lives that were lost and the families that were affected. I remember thinking, what can I do to protect our fellow people and country?

“It had been sixteen years since the tragedy of 9/11. My chance came, I was finally going to be able to protect our people. I spent an extended amount of time learning, studying, and understanding the mission. I was among a diverse group of individuals who had the same desire as me. Through all of the differences, our common factor was united by memory. I shared my memories, I listened to the memories of others, it was then confirmed, we came together in mission.

“In September 2017, I was proudly sworn into oath to protect our nation against terrorism. I vowed to protect and serve with Integrity, Respect, and Commitment. I experienced a mixture of emotions. I was excited, I was proud of the calling that I had accepted. I started to think about all of the lives that were lost during these tragic events. I remembered witnessing the second tower as it fell to the ground, and I remember the visual of riding by the World Trade Center and waving one last time. September 11, 2001 is a day I will never forget. The tragic events united us all by memory, as we now stand together in mission.”

“The terrorist attacks of September 11th has forever changed our lives. It is an unforgettable day that has impacted us in different ways. The changes that it has brought forth can be seen in transportation systems, the military and even police work. This horrendous event is what drew me into having the calling of serving to the country and committed to the TSA mission.

“When the Twin Towers got attacked I was in a 9th grade class. I remember my dad working in one of the towers. I suddenly feared for his life. Soon after, my mom picked my twin brother and I from school and drove us home. It was shortly after that we received a phone call from my dad that he was fine but had been escorted to a New Jersey’s hospital to be checked out as he was still in shock with high blood pressure and filled with the building’s rubble dust as it had just collapsed.

“A couple of years later my mom had a calling and joined the Navy. Shortly after she became part of Operation Iraqi Freedom. My mom is my hero and I remember thinking that I also wanted to serve my country and have a job that is part of the greater good. Fast forward to a decade later, I joined the New York Guard where I have been serving ever since and been deployed to several missions including a COVID mission recently.

“The sense of serving to the country did not stop there and this is the mere reason why I joined TSA and joined the National Deployment Force, in which I get to work in different airports. As a Transportation Security Officer, I am one of the barriers that stops passengers from bringing illicit items such as explosives into airplanes. The terrorism threat is real and this is where integrity and commitment comes into play. I am committed to TSA’s mission to safeguard our transportation’s systems and doing the job to the best of my ability with integrity to not allow prohibited items go past the checkpoint.

“For those of us that have served or continue serving the country, it is indeed a special calling. We may do it for numerous reasons but the main reason is to safeguard the nation from threats and protect our freedoms. Serving the country may mean being away from home or being in stressful situations. One thing remains true; we serve for the love of the country.”

“For many of us it was like yesterday. A nightmare with no ending. The images that cannot be unseen. Images that replay in our minds when the month of September and the day 11 come along; we remember 9/11. It was my senior year in high school and just like any other day, my mom was at work and my stepfather was finishing up his shift in Boston as a mechanic for United Airlines. I was in class at 8:46 a.m. when the news broke about a plane hitting the New York City World Trade Center; quickly the television in every classroom was blaring so loudly. Suddenly, on live news we all gasped at the image that was being broadcasted. An eerie echo throughout the school was heard as we watched United Airlines Flight 175 strike the south tower of the World Trade Center at 9:03 a.m. It was at that moment I felt the eyes of my classmates upon me. I was wearing my United Airlines sweatshirt and there was utter silence. My friends knew and everyone knew, I was a child of that airline family community. As a senior in high school I was not ready to witness the horror fueled by hate that our country was under attack. The skies were silent and everyone was on alert in fear something else was going to happen. Airwaves were busy with people trying to make calls. The roads were empty and not a single child was outside playing.

“The days turned into weeks, weeks into months, months into years. And now we are coming up on the 20th anniversary of 9/11/2001 and together in memory this will be a national day of unity. The attacks resulted in the creation of the Transportation Security Administration (TSA) on November 19, 2001. The Aviation and Transportation Security Act passed by the 107th Congress signed and established TSA. I remember thousands of people applying for TSA not because it was a job but because people were being resilient and it became a way to defend, protect, and prevent another terrorist attack from ever happening again on America’s soil. Since working for TSA, I’ve worked side by side with some outstanding officers who will never forget 9/11 and why we are here. TSA isn’t just an agency; it’s a brother and sisterhood bond that each and every one of us hold dear to our hearts. We are here for the mission and for those who lost their lives.

“The saying “United We Stand” sticks with me every day as I put on my uniform and talk with other officers. We are reminded why we are here; we are here for the mission. Each officer has the utmost integrity. We stand tall with respect and have a commitment to ensure that we uphold why TSA was created, and to remember those who perished on 9/11. I remember, and we will never forget, we are serving our great nation. We all took an oath, and we are here to follow through with the mission. I stand by TSA’s mission to “protect the nation’s transportation system to ensure freedom of movement for people and commerce” and with our core values of integrity, respect, and commitment. I am united. We are all united and we will never be divided by acts of terrorism in our homeland. I wear my uniform in honor of the 9/11 victims and continue the commitment of TSA’s mission in serving my country.”