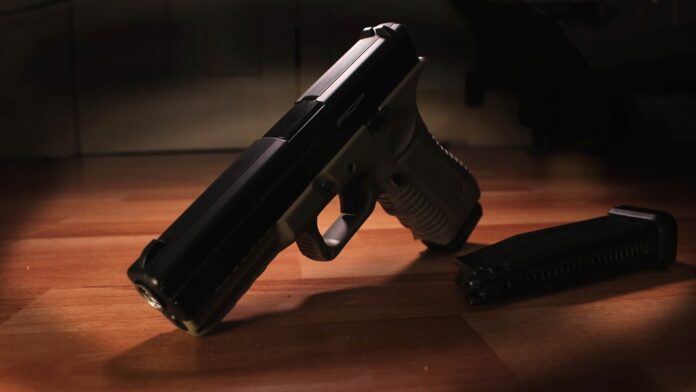 Two Lebanese men are in custody for allegedly attempting to illegally smuggle in a Honda CR-V firearms they were planning to ship from Seattle to their home country. Agents from Homeland Security Investigations and the Bureau of Alcohol, Tobacco, Firearms and Explosives arrested Hicham Diab, of Tripoli, Lebanon, and Nafez El Mir, a Canadian citizen living in Lebanon, on Nov. 8 as they walked out of a warehouse that officials said contained the car and hidden weaponry. The pair were charged with violating the Arms Export Control Act and face up to five years in prison.

“On November 7 and 8, Diab went with the undercover agents to a warehouse containing firearms that had been secured by HSI and the Bureau of Alcohol, Tobacco, Firearms and Explosives, and inspected the firearms, which included: 20 Glock handguns, a Smith & Wesson .50 revolver, one FN Five-seven pistol, an AR15 rifle kit and a M203 grenade launcher,” said the Justice Department.

HSI began the two-year investigation in the summer of 2016, after a confidential informant traveled to Lebanon for personal reasons and visited a gun shop owned by Diab. The informant noticed that the shop sold Russian-made firearms and guns with American components, according to court records. Diab allegedly told the CI that he previously received M4 rifle barrels that were smuggled within air conditioning tubes.

On Feb. 3, 2017, the CI and undercover agents initiated contact over the phone and later met at a gun show in Frankfurt, Germany, on March 21, 2017. The CI and Diab kept in contact, and then in a recorded phone conversation on Sept. 20, 2018, Diab allegedly told one of the undercover agents that he planned to hide the guns in a car, and that “the first shipment would be a test.”

Diab and his alleged accomplice, El Mir, arrived at the Seattle Tacoma International Airport from Dubai at 10:40 a.m. on Nov. 7. The pair were observed packaging the weapons and components in bubble wrap and hiding them in the rear panel voids of the sport utility vehicle inside of a warehouse secured by HSI and ATF. They were arrested at 12:30 p.m. after walking outside of the warehouse.