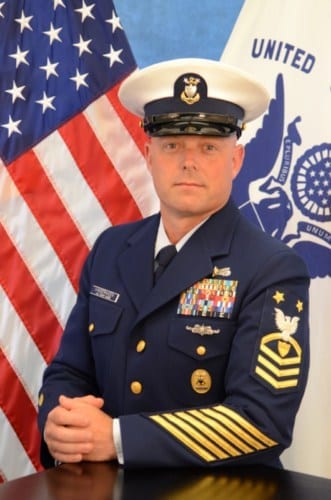 Master Chief Jason Vanderhaden has been selected as the new Master Chief Petty Officer of the Coast Guard.

Vanderhaden, who has served as Command Master Chief, Deputy Commandant for Mission Support since June 2016, will take over from Steven Cantrell as the senior non-commissioned officer at USCG.

In his current role as Command Master Chief, Vanderhaden advises DCMS on strategic vision, goals, and objectives in all facets of mission support and is responsible for mentoring senior enlisted leaders throughout the DCMS enterprise. As MCPOCG, he will assist in the development of policy for managing the enlisted workforce of the Coast Guard, work closely with the Department of Defense senior enlisted counterparts and take responsibility for all aspects of the implementation and management of the Chiefs Call to Indoctrination Program.

His awards include the Meritorious Service Medal, Coast Guard Commendation Medal and the Coast Guard Achievement Medal. He is a graduate of Class 114 of the Coast Guard Chief Petty Officer Academy and holds a bachelor’s degree from Excelsior College.