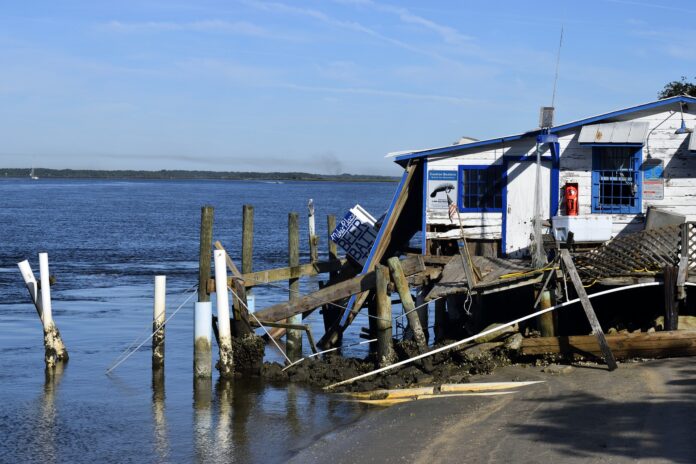 Through the Recovery Improvements for Small Entities (RISE) After Disaster Act of 2015, borrowers can obtain a loan for up to $25,000—instead of the previous $14,000 limit—without pledging any collateral.

The Government Accountability Office (GAO) has reviewed more than 20 years of loan data and found that the loans approved before the change in collateral requirements had higher default rates than the loans approved after the change. However, the watchdog notes that this statistic may change over time as newer loans mature.

In order for an applicant to qualify for SBA’s physical disaster loans, the property damage must occur in a federally declared disaster area. The President can issue a major disaster declaration in response to a request by the governor of a state or territory or the chief executive of a tribal government. For an event that does not rise to the level of a presidential disaster declaration, the SBA Administrator can issue an agency disaster declaration in response to a timely request by a state governor. The RISE After Disaster Act temporarily raised the limit for loans without collateral from $14,000 to $25,000. The increase expires on November 25, 2022, when, absent further revision of the statute, the amount will revert back to $14,000.

GAO reviewed SBA’s $855 million of approved physical disaster loans made under SBA disaster declarations from January 1, 2000, to September 30, 2020. GAO found that default and charge-off rates were higher for loans that were approved before the collateral changes that the RISE After Disaster Act of 2015 made when compared to loans approved after these changes were in effect. However, as the loans made after the RISE After Disaster Act of 2015 have more time to mature, their default and charge-off rates may increase. Loans made before the RISE After Disaster Act of 2015 have had approximately 5 to 20 years to mature, while the loans made after have all had less than five years. GAO’s analysis did not isolate the contribution the collateral changes made to the difference in loan performance from other contributing factors, such as the state of the economy or changes in SBA lending practices.